You are here: Home1 / Relationships2 / 3 Reasons It’s Not Cool to Let Men Pay For Everything

What? Only three reasons?

This subject seems like it should be a complete and total no-brainer, but now and then it is worth revisiting a question or issue that seems like it’s already been answered, solved and put to bed.

I don’t even have a problem with one partner or the other paying for all of something more expensive, like a weekend away in the country or an overseas holiday.

But I draw the line at men (or women, for that matter) paying for everything. For now, let’s stick to men, since that idea seems to be a more common holdover from the past. So here are three good reasons why men should not be allowed to or encouraged to pay for everything in a relationship.

This seems pretty obvious. A relationship should be fair and equal, a division between two partners. This doesn’t just apply to paying for stuff, either – it should apply to chores and earning income and picking vacations and all other aspects of the relationship.

I don’t mean one partner can’t pay more, or earn more, or take out the garbage more often. If you have two cars and only one garage (or if you have a two-car garage that’s half full of boxes and other stuff), then one of you will have to park out on the street, or under that tree that drips sticky sap on the hood and windshield. So long as you both have a conversation and agree to a fair way to decide whose car is covered and whose isn’t, that’s cool. 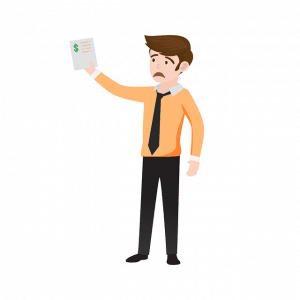 The same thinking should apply to paying for dates. Maybe early on, on the first couple of dates, you’re not sure of each other, or you’re trying to impress each other, so one of you reaches for the check at the restaurant and refuses to let the other pay. Fine. No problem. But don’t let that initial generosity turn into an unfortunate habit.

At some point, you need to have a grown up conversation about splitting the costs. It isn’t easy to start such a conversation, whether you are the one who has been doing the paying (because you worry you’ll be seen as cheap) or if you’re the one who hasn’t been paying (because maybe you’re anxious that you won’t be able to afford to pay for things). But for the health of your relationship, it’s vital to talk to each other and share costs, right from the start.

The old idea that men owned women may have worked in the past, but it isn’t at all appropriate today. In the past there was a sense that a man worked at a job and made money, bought a nice car, took a woman out to dinner and a movie in his nice car, paid for everything, opened doors for her, and then she somehow owed him something. He was paying, in a sense, for her attention and her attractiveness. In theory, he was competing with several men for her attention and the more money he spent, the better his chances were.

But that dynamic between men and women was chucked in the bin long ago. Nowadays, male and female partners on dates or married spouses are far more likely to both be working and have money than in the past. So they should both be paying for things.

Certainly it is true that some old-fashioned ideas about men and women haven’t changed and are due to innate principles of human nature. Men still typically try to show off to impress and attract women, and flashing some cash is still a way to attract and impress (some) women. But women have worked hard for their social and political liberation, and having a man pay for everything runs counter to the gains they have made.

When a man pays for everything, and when a woman lets him, the message is that the woman is somehow beholden to the man, or dependent on him. That’s not a healthy message for either partner to hear. Both partners need to know they could stand on their own two feet if they needed to, and both need to know that they make vital contributions to the relationship and household.

It Sets Up a Skewed Dynamic Between Partners

There’s a power dynamic in relationships, though it doesn’t always become apparent until a little time has passed. But by the time two people are married, the lines of strength and weakness between them are usually pretty clear. 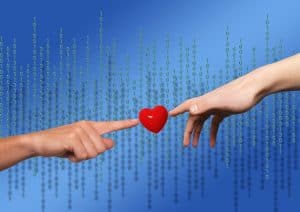 In a relationship where the man pays for everything, an unequal dynamic is set up right away. Even if it isn’t overt and obvious at first, that unequal power dynamic can lead to resentments by either partner – these can be subconscious resentments that people aren’t even aware they have. The man, paying for everything, can build up resentment that he has to pay for everything. The woman can also become resentful about being controlled or dominated by money. Resentments like those tend to eat away at a relationship over time, like termites chewing away at wooden house. You may not see the termites, but one day the house collapses.

So do yourself a favor – join the 21st Century and share the costs.