Jessica, the head honcho here at LoveLearnings.com, recently posted an article on what women want in an “ideal” man.  Not only did Jessica get a flood of positive feedback from that article, but she also inspired me to write a similar article from a man’s perspective.

Men are often stereotyped — usually unfairly, I might add — as being visual creatures. The assumption is that men always go for the most physically attractive girl they can find, with other aspects of a woman’s personality being merely a secondary consideration. Wrong! 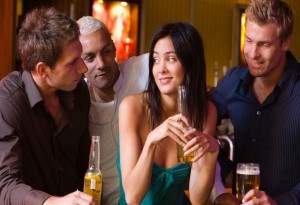 While it’s true that men do tend to place more value on looks than women do, it’s absolutely false to assume that other factors don’t play a huge role when men are looking for love.

In fact, while a woman’s appearance may make it easier for her to get a first date, it’s really all the other aspects of her personality that end up determining whether or not that first date leads to a second date and the potential for a more serious relationship down the road.

So, with that in mind, what do men look for in a woman?  What are the traits and characteristics that guys identify when asked to describe the “ideal” girlfriend or wife?

While times are changing and traditional gender roles are rapidly disappearing, some parents still tend to take an overprotective and sheltered approach when raising a daughter.

This can lead to a lack of real-world experience and independence when women reach adulthood, meaning they tend to lean on boyfriends and husbands.  Men much prefer a woman who can live on her own, support herself, and be successful in life without any assistance from others.

2. Femininity and a Lady–Like Demeanor

That doesn’t mean you can’t wear jeans, love baseball, and prefer steak to salad.  It just means that guys like a woman who makes her man feel “manly.”  Guys like it when women share their interests, but they’d much prefer their girlfriends be sexy and feminine than  a tom-boy.  At times that means being somewhat submissive and being the nurturing and caring one in the relationship. 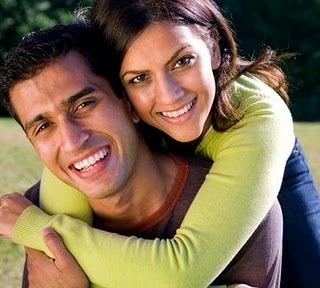 Yes, although confidence is typically talked about as a trait that women love in their man, the opposite is also true.

Men don’t want to be constantly asked, “do I look fat in this dress?” or “do you think I look pretty?”

We all need reassurance at times, but overall self-confidence is a universally desirable trait that men definitely find sexy.

4. Ambition and a Desire to Succeed

While most men don’t want to live in the shadow of their girlfriend or wife, they also don’t find laziness attractive.  Most men identify ambition and a drive to achieve personal goals as an important characteristic. That doesn’t mean you have to be a rocket scientist or movie star to find a great guy, but it does mean you need to have goals and work towards achieving them.

You knew this one was going to be on the list, didn’t you?  It shouldn’t be a big surprise that men like it when their girl knows how to be sexy and seductive at times, especially when they don’t expect it.  That means you know how to turn your man on and show him a good time in the bedroom.

6. Able to Be Domestic at Times

As I mentioned above, gender roles are rapidly disappearing and the idea of being a “housewife” is somewhat foreign to many women.  That’s OK, because you don’t need to be a Michelin-star chef and you definitely don’t need to be the next Martha Stewart.

But it sure is nice when a guy can come home to a meal every once in a while, and find his dirty clothes suddenly sitting in a neatly folded pile in his closet.  Do these little domestic things every now and then and you might just find your man will return the favor by repairing your car and unclogging your bathroom sink!

7. Social and Able to Hold a Conversation

Simply put, if you’ve got a lot of friends and an active social life, it’s a clear signal that other people like you and want to be around you.  Most guys like a woman who has a social life and enjoys talking and being around others.

Again, while men won’t be scared away just because you swear occasionally and don’t know how to use chopsticks, they definitely prefer a woman who can be polite, sophisticated, and culturally aware.  That means you’re experienced enough to know how to behave in all social situations and you’re well-versed in the ways of the world.

This is definitely an important factor for a lot of men, as women tend to sometimes be unfairly portrayed as “drama queens” in TV and movies.  Almost all guys prefer women who have a positive outlook on life and can see the bright side in any situation.  The glass is half full!

Just like you want your man to know how to have a good time and occasionally do something spontaneous and fun, the same can be said for men.

A random skinny dipping session on a winter’s day every now and then can really go a long way to maintaining a fun and happy relationship!

11. Dedicated to Taking Care of Yourself

Even though I prefaced this list by saying that men aren’t only interested in looks, every guy appreciates it when their girlfriend or wife cares about her appearance and doesn’t want to “let themselves go” when they feel comfortable in a relationship.

Your man will love you even if you gain a few pounds and don’t always wear a mini-skirt, but he’ll also really appreciate you putting in the effort required to maintain your appearance.

Sorry to play on this stereotype, ladies, but some women tend to let their emotions run free a little too often.  Men prefer it when a girl can control her emotions and keep her cool.  That doesn’t mean you can’t cry at the end of Titanic, it just means that you aren’t liable to explode in an emotional train wreck without notice.

Men may appreciate this trait even more than women do.  Almost all guys want to find a partner who is devoted, caring, and willing to give all of her heart to the man she loves.  (This one usually takes care of itself if you’ve got the other items in this list covered!).

You Can Be Miss Perfect

The 13 character traits listed above are some of the most important, but every guy is unique and may value certain things over others. Overall, though, if you’re able to demonstrate most of them on a regular basis, you’ll find it much easier to find and keep the man of your dreams.