You are here: Home1 / Dating2 / How Setting Boundaries Can Help Your Relationship

Boundaries aren’t always a lot of fun, but they are a good thing nevertheless. “Good fences make good neighbours,” as the wise old saying goes.

Fences do a lot of different things – they mark the boundaries of your property and someone else’s, which helps resolve disputes even before they happen. Fences also protect your property, both physically (if they’re tall enough) and also psychologically, because when a stranger comes through your gate they understand they’re on someone else’s turf.

And fences give you a psychological understanding of your own place, property and space.

Boundaries are the invisible fences in our relationships with other human beings, and they perform all the same functions.

If you’ve just met someone, boundaries are important to keep you from giving away too much about yourself, either revealing some of the personal mystery that keeps the other person coming back for more, or, more seriously, in giving away sex or something else you aren’t prepared for yet. 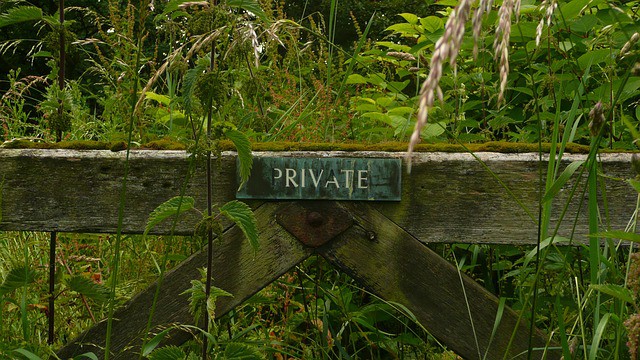 Before going on a first date with someone, you should think about how far you’re willing to go, sexually. Don’t wait until you’re on the date and already groping each other in the back of the car before you try to decide what you do and don’t want to do tonight. In the heat of the moment it’s very difficult to decide and to stop yourself or the other person.

Be clear in your own mind beforehand what is OK and what isn’t. That way you will not have to try and figure it out later.

Be clear with the other person about your boundaries. If something happens that makes you uneasy or uncomfortable, or if they say or do something that isn’t OK with you, then let them know, politely and firmly. This is not just good for them to know – it’s also important for you to show yourself that you are important enough to respect and protect. Boundaries aren’t just physical or about touching. They are about what is said, too.

Once you’ve been involved with someone for a short time, as you feel the connection between you growing, there may be a temptation to rush things, either physically or emotionally. Physically this means rushing into sex too soon. It’s important and healthy to have some sexual boundaries to remind yourself that you are valuable and important and that someone else should be willing to wait a while to have sex with you, if that’s what you want.

Contrariwise, if your partner wants to take it slow, you need to respect that. It’s important not only to show them that you respect their needs and boundaries, but also to show yourself that you have some self control and aren’t just an unevolved cave man.

Emotionally, the boundary problem takes the form of “over-sharing.” There can be a temptation to pour out all your deepest, darkest, innermost secrets, both negative and positive, to this new romantic confidante you have become involved with.

But over-sharing can be just as harmful early in a relationship as rushing too quickly into sex. Remember, you may break up with this person and there’s no way to take back any shameful confessions you may have made to them. So be sure to wait until your relationship is on more solid ground and you feel that you trust them enough to handle whatever you want to disclose.

Boundaries around sexual pictures and texting are very, very important. Because smartphones are ubiquitous and make it so very easy to take and share pictures, they’ve become part of dating and seduction. Why send a guy a text when you could just as easily take a sexy selfie and show him what you want to say?

The danger should be obvious. That sexy photo you send, or that little sex video you make with someone, is a digital file that lasts forever and can be instantly duplicated and shared with millions of people. So set some very clear boundaries for yourself around naked or sexual pictures on your phone or anyone else’s phone. Wait until you have a secure foundation of trust with someone.

Boundaries aren’t just a good idea for new relationships. Husbands and wives who’ve been married for decades need them just as much.

Sometimes people who’ve been involved for many years stop paying such close attention to the other person as they did in the early courtship days. They may tease the other person, or ignore them. Sometimes the victim feels like because they’re married or in a long-term relationship, there’s not much they can do about it.

That’s not true. Married couples evolve over time, and they need to adjust their boundaries. If your partner’s teasing, which they think is funny, actually hurts your feelings, then you need to set a boundary by letting them know that kind of teasing isn’t acceptable. If they don’t spend enough time with you, and that hurts you, then you need to be clear about that. Set a boundary.

Marriage begins with “I do,” but much of what follows is one person or the other saying, “I don’t” or “I won’t.” If one spouse takes the other for granted – about the chores, say, or picking up the kids from school or sports practice, then the other one needs to be able to say no. No, I can’t do this. No, I’m too tired. No, I’m too busy. No, I’ve picked them up five days in a row now, and it’s your turn to do it.

When we set boundaries, we are reminding ourselves that we deserve respect.

When you let other people walk all over you, you are not treating yourself or your relationship well.