You are here: Home1 / Marriage2 / Is My Marriage Over? 5 Signs Your Marriage Is Doomed

If you’re worried about divorce…

if you’re wondering whether your marriage is doomed…

“Is My Marriage Over?”

The 5 signs I’m going to cover below–which have been proven to indicate a marriage is headed for divorce–are based on proven science.

Researchers like Robert Levenson at the University of Washington and John Gottman of the Gottman Institute have been studying marriage psychology and relationship dynamics for years, and these 5 signals indicate a marriage that’s likely to end in divorce with an accuracy rate over 90%… which, when you think about it, is actually pretty amazing.

5 Signs Your Marriage Is Doomed

What are the indicators of a marriage that’s on the brink of collapse?

The first sign of trouble in a marriage is CRITICISM or COMPLAINING. Essentially, this refers to situations where one partner gets upset at the actions or behaviour of their spouse, and places the blame on them or their personality.

For instance, let’s say you aren’t really the type to help out much with housework, and rarely clean up the kitchen after dinner… If your spouse responded by saying, “you never help with the dishes. You’re such a lazy slob,” that would the type of criticism that often indicates an unhealthy marriage.

RELATED: Can You Fix Your Marriage Without Your Partner’s Help?

If we stick with the example I just mentioned, where your spouse calls you a “lazy slob,” a defensive reaction would be if you said in response, “give me a break, you’re such a mess in the kitchen.. If I cooked dinner there would barely be any dishes at all.”

In other words, defensiveness is when one spouse responds to their partner’s critical remarks by turning things around and attempting to shift the blame back on their partner.

The third indicator that a marriage is heading for divorce is contempt.

Now the word “contempt” can mean a lot of things, but in this case it’s basically any time one partner has a negative opinion of their spouse, and believes themselves to be superior.

For instance, statements like “you’re a moron” or “you’re just clueless, aren’t you?” are both good examples of this sort of toxic contempt.

In fact, this type of contempt is actually what researchers believe to be the single strongest predictor of divorce. As a result, this is one that you really need to address immediately if it becomes an issue in your marriage.

RELATED: Can Your Marriage Be Saved? (FREE QUIZ)

Have you experienced emotional withdrawal or ‘stonewalling’ in your marriage?

This is where your partner becomes distant and doesn’t really appear to be listening or taking in what you’re saying when you try to bring up a point of contention or a complaint.

This is most often associated with men, and studies have shown that around 85% of the time it’s the male partner who is guilty of emotionally withdrawing.

Sometimes, this is because men are unwilling to confront problems or accept their partner’s criticism, and sometimes more a result of his wife having unfair or unreasonable expectations or bringing up the topic in a “nagging” sort of way.

Regardless, whether it’s the man or woman who is doing the stonewalling, if it’s happening regularly it’s bad news for a the future of any marriage. 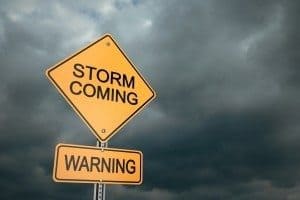 This tends to be actually more common among married couples that have been together for a decade or more.

This final sign, which is also a clear indicator of a marriage in crisis, is a low ratio of positive to negative interactions with your spouse. Let me explain.

Put simply, a happy and healthy married couple has an average of 5 “positive” interactions — laughing at a joke together, complementing one another, cuddling or kissing, providing support and encouragement — for every “negative” encounter, which is things like criticizing, lying, arguing, etc.

An unhealthy marriage, on the other hand, tends to have a lot more of those negative encounters for every positive interaction.

Basically, if you and your spouse get along and enjoy one another’s company the vast majority of the time, and you only argue or get upset at one another once in a while, then your marriage has a healthy ratio of positive to negative encounters.

If the negative outweighs the positive then your marriage is in serious trouble.

What This Means For Your Marriage

Unfortunately, for a lot of you reading this right now, your ratio is probably far lower than that ideal 5:1 ratio that researchers have found to be the magic number for the typical happy marriage.

Relax, though. There’s no need to panic quite yet, even if you recognized all 5 of these signs in your own marriage. For most people in this kind of troubled marriage, there’s still plenty of hope that you’ll be able to avoid divorce and dramatically improve the dynamics of your relationship before it’s too late.

How do you do that? Well, that’s a big topic that I can’t cover here, so one of my first recommendations is to register for my best-selling Mend the Marriage program, which you can try risk-free for 60 days.

Mend the Marriage is a comprehensive guide to turning your relationship around–even if your spouse is unwilling to put in the effort, or has already said they want a divorce–and it will give you a clear plan to put the marriage back on the right track. Click here to see all the details and register now to get started within the next 5 minutes.

RELATED: The Truth About Marriage Counseling

What NOT To Do If You Want Your Marriage To Survive

Whether you decide to sign up for Mend the Marriage or not, there’s one thing you absolutely must NOT do if you want to fix your marriage and prevent divorce… and that is to do NOTHING.

Make a plan and take action to fix your marriage or things will only get worse.

Most couples wait FAR too long before they do anything about their broken marriages… and, quite frankly, things rarely get better on their own. In fact, the longer you wait to take action, the lower the chances of a happy ending for you and your marriage.

Wishing you the very best of luck!

Click here and take my free quiz to evaluate your current situation and find out whether you’ll be able to fix your marriage. 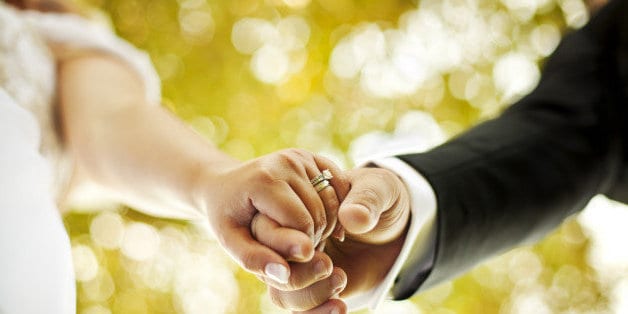 QUIZ: “Can My Marriage Be Saved?”

Signs Your Spouse Wants To Get Divorced