You are here: Home1 / Divorce2 / Signs Your Spouse Wants To Get Divorced

Click here and take my free quiz to evaluate your current situation and find out whether you'll be able to fix your marriage.

Does Your Spouse Want A Divorce? Here’s How To Tell

An unhappy marriage can be like a broken vase. The pieces are still all there but it’s unrecognizable. It seems impossible to put it back together.

How did things get this bad?

I’m going to take you through 18 different signs that could indicate your spouse wants to end your marriage.

Before you get too worked up about your marital situation, though, please keep reading all the way to the end of this page… because I’m also going to give you a way out of your marriage crisis, and a simple strategy you can start using today to ensure you never have to worry about divorce.

First, though, let’s dive into the signs that indicate your marriage is in a tailspin…

18 Signs Your Marriage Is Headed For Divorce

This one seems counterintuitive. Normally you’d be overjoyed that the nagging has stopped. Isn’t that exactly what you wanted? But this feels different.

Has the fighting cooled off but the bad feelings remain?

Do they seem distant and checked out?

While constant fighting is definitely not healthy, ignoring problems and refusing to work things out could be an indicator that your spouse is resigned to divorce.

They’re no longer interested in fixing the problems you once had because they don’t see a future with you in it.

You know your spouse inside and out. Are they quieter than normal? Not laughing as much? Are they down in the dumps for no reason?

Normally they tell you everything so if they’re not telling you why they’re sad, you may be the reason.

A sudden change in mood may be an indicator that they’re dealing with the sadness that comes with the realization that they want a divorce.

Hard to imagine, I know, but some people enjoy talking on the phone.

But if your spouse is suddenly making phone calls much more than is typical, they’re doing it in private, they go silent when you walk in the room, or they won’t tell you who they’re talking to, they might be considering divorce.

Maybe they’re talking to someone new, maybe they’re confiding in their friends or family about the problems with your marriage. In any case, it’s a bad sign.

They suddenly have no time for you and the reasons why just don’t add up. They could be making excuses to be away from you.

Whether they’re cheating or have decided they want a divorce, this is a bad sign.

Has your spouse become quick to anger over the smallest thing? Do they blow up for seemingly no reason?

Sudden rage can be a sign that they’re fed up and are working towards ending the relationship.

You used to be working towards your future together. What trip you’d be taking next. What baby names you liked.

If you can’t remember the last time you had one of these talks, if they change the subject every time you bring up the future, or (worse) if they’re making plans for the future and you’re not in them, it’s time to be concerned.

Shared finances is one of the pillars of a stable marriage. Is your spouse suddenly making big purchases without consulting you?

Have you noticed money moving around mysteriously? Are they carrying a lot more cash than seems normal?

This kind of secrecy around money is suspicious. It could mean a lot of things, but most of them aren’t good.

It’s possible that your spouse is buying gifts for a lover… or preparing for financial independence.

Divorce means the division of assets. They could be trying to put money somewhere that you won’t be able to access it. It could even mean that they’ve hired an attorney to begin divorce proceedings.

It’s good for parents to spend time with their kids together and apart.

But if your spouse is suddenly excluding you from group activities, taking the children unexpectedly, or having long conversations with them without you present, it’s a warning sign.

They could be trying to get the children on their side to get custody. In particularly messy divorces, some parents even try to turn the child against the other parent.

Normally you tell each other everything: from your deepest regrets to the weird stuff they did at band camp, to what you ate for breakfast this morning.

But now, if that’s all stopped, it could be bad news. Maybe you’re hearing from others about changes in your spouse’s life, or events they would normally have told you about.

If they’re keeping these things from you, it means they feel like they can no longer trust you, they’re checked out, or they’re sharing them with someone else.

Any or all of these can be a recipe for divorce.

You haven’t implanted a GPS chip in your spouse’s ear, I hope… but, normally you probably have a pretty good idea about where your husband or wife goes, and how they spend their day, right?

That’s why it’s unusual if suddenly your spouse starts doing new activities that seem to take up a lot of their time.

This is one that you’d need to investigate. Don’t throw out any accusations! Maybe he or she has really just taken up kickboxing every weekday, just like they said they were.

Ask them about it without prying, and take an “innocent until proven guilty” attitude towards their behavior.

However, if your spouse goes AWOL for long periods of time and they refuse to explain why, that’s cause for some concern.

Having arguments is a normal, healthy part of marriage. But when the stupid fights are piling up and they seem to happen for no real reason, maybe they’re masking something deeper.

Sometimes people pick fights to convince themselves that a divorce is the only option.

It could also be that your spouse is no longer concerned about upsetting you because, for them, the marriage is already over.

If your partner doesn’t listen to you anymore, seems to not be engaging with what you’re saying, or forgets things you’ve told them, it’s a bad sign.

Think about the people in your life you ignore. Would you ever put your spouse on that list?

If you did, what would it mean? If they’re not listening to you it could be because they have one foot out the door.

If you’re reading this article, you have a pretty good idea that something is up.

Even if nothing else on this list applies, the feeling alone can be an indicator that they are considering ending your marriage.

Trust your instinct that something is wrong and keep your eye out for other signs that your partner is unhappy.

Has your partner drastically changed how they look or behave around you and others? Are they treating you differently, whether better or worse? 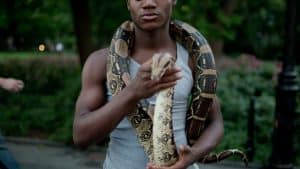 Change isn’t a bad thing. Making big decisions without considering you, though, can be a sign of martial troubles.

It could be an indicator that they’re starting to mentally detach from your marriage.

Think about when you were a teenager. You’d try on new identities in an attempt to find out who you were.

This kind of identity crisis can end with your spouse starting a different life without you.

Maybe they think you wouldn’t approve of their new motorcycle or that going to the gym twice a day is none of your business.

Although a sphere of privacy is perfectly acceptable for both partners in a marriage, spouses generally shouldn’t keep secrets from one another. If they are, especially if it becomes common, that typically means communication has begun to break down.

It could also be the beginning of a midlife crisis which you don’t want. Either way, your spouse is too old to be having a goth phase.

Sex is an important part of emotional connection. This doesn’t mean that you need to be hanging off the ceiling fan banging each other’s brains out… but if the frequency and passion of your intimate encounters has gone way down recently, it’s a sign that things may have soured.

If your spouse has stopped initiating sex or is rejecting your advances, it’s usually bad news.

This is a big one. It seems obvious but it can be something that starts off slowly. If things they say turn out to be untrue, don’t let them brush it off. 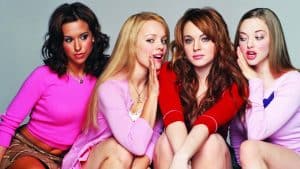 When people lie, it usually means they’re hiding something. Your spouse is no different.

If they have a secret phone, new friends you don’t know, and increasingly convoluted excuses, either they’re Walter White or they’re pulling away from you.

Marriages come with mutual friends. If your friends are acting strangely — not talking to you, or cancelling plans — they could know something is up.

Maybe your spouse has confided that they want to separate or divorce. Maybe they’re already choosing sides, or maybe they just want to stay out of any potential conflict between you and your spouse.

Similar to sex, affection is key to a strong connection.

You may still be having sex frequently, but still experience a lack affection from your spouse.

If they don’t cuddle with you, kiss you, or touch you the way they used to, this could mean something isn’t quite right in your marriage.

Can A Divorce Be Stopped?

If your partner is exhibiting several of these signs, don’t despair. There’s still a chance that you’re simply being paranoid, and it’s possible that your spouse is still invested in your marriage.

However, if you’re confident that your spouse is losing interest in your marriage, don’t delay. Take action now to save your marriage before it’s too late.

A marriage in crisis doesn’t fix itself, but you’re still in a position to repair the bond with your spouse and keep your marriage intact and healthy enough to survive for the long-term…. if you take action to turn things around, starting today.

Begin by clicking here to watch my free video tutorial, where I’ll share the top 3 “Marriage Murdering Mistakes” that thousands of couples make (without realizing it!) that erode marriages and almost always lead to eventual divorce. (Trust me, you don’t want to make these same mistakes!)

My video also gives you a clear idea of what you need to do to change the dynamic of your marriage, and ensure you prevent divorce from ever becoming a reality. Click here to watch the full video now. 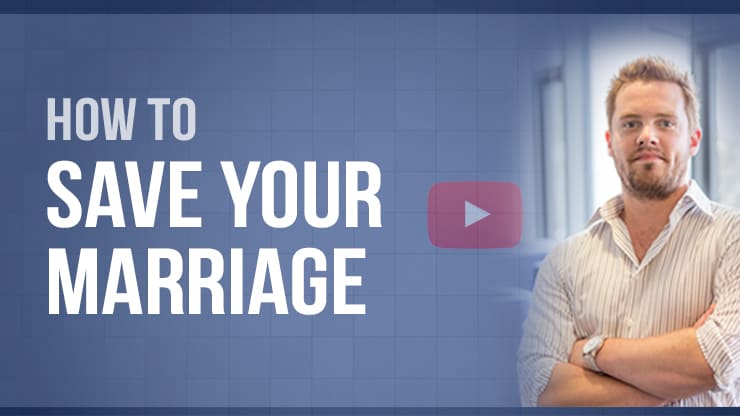 6 Proven Factors That Lead To Divorce

Ways to Stop a Divorce Before It Starts