Sex is complicated and mysterious in many ways, although it is quite straightforward in other ways. Culturally, we surround sex with an exciting mystique, and we usually look forward to having sex with someone we are dating.

But sometimes we wonder how things will go. Sometimes we are anxious. Is there a way to tell ahead of time whether a guy we are dating is going to be good in bed?

There are no guarantees, but here are some signs that will give you a pretty good idea.

If he’s a nice guy, and treats you well, that’s already a great sign. Why? Because a guy who cares about you cares about giving you a pleasurable, satisfying sexual experience. He cares about what you want, what will make you happy.

In bed, that translates into him taking good care of you and making a connection with you. How men treat the things that are important to them suggests how they’ll treat the important persons in their life.

2. Is He Curious About You?

How interested is he in you as a person? A guy who asks questions about your life, your job, your family, your interests, your friends, your dreams, your successes and failures, and who remembers what you tell him, is genuinely interested in you.

A guy who checks his smartphone when he’s with you, rather than paying attention to you, is interested in himself, or in somebody else who isn’t you. If you two are on a date, eating a fancy dinner at a restaurant, standing in line at a food truck, or enjoying a romantic meal at home, he should be paying full attention to you, not his phone. If he checks his phone during sex, well, forget about it!

By this I don’t mean does he have washboard abs or look like an underwear model or body builder or elite Olympic athlete. But if he’s in decent shape for his age and takes care of himself, that’s a good sign. Not only will he have better endurance in bed, but you can be pretty sure he knows how to use his body. You’d be surprised how many people are uncomfortable in their own body. And if a guy’s not comfortable with his own body, he may not know what to do with yours.

Does he turn you on? This is one of the most important factors. If you find him attractive and want to fuck his brains out, then you are likely to have a good time with him. A big part of your sexual enjoyment arises from your own attraction to your man. Some of that, experts think, is subtle chemicals like pheromones, while others say it has to do with how bilaterally symmetrical his face is.

Fortunately, you don’t need to read any scientific studies or measure the angle between his ear and jawline with a protractor to know whether you find him sexy. You either do or you don’t. If you do, you will enjoy yourself more.

5. Does He Use Pornography?

They aren’t real people, rather they are sexual athletes who perform extraordinary, impossible physical feats that you can’t possibly hope to equal, even if you wanted to. He may also have unrealistic expectations of himself and will be unhappy when he fails to achieve them.

If you get the sense he sees “sex” as some sort of heroic athletic endeavour ending in an orgasm for him, and maybe one for you, too, if you’re lucky, or maybe with a token one for you at the start, then things aren’t likely to be all that satisfying for you.

Of course, if you see “sex” that way, too, you’ve got some thinking to do.

If either of you have to imagine some other scenario or person in your mind during sex in order to reach a climax, the experience may be somewhat satisfying on a physical level, but it probably won’t be as good as it could be. You deserve a man who is turned on by you, not by an unreal fantasy in his head.

What Exactly Is GOOD in Bed? 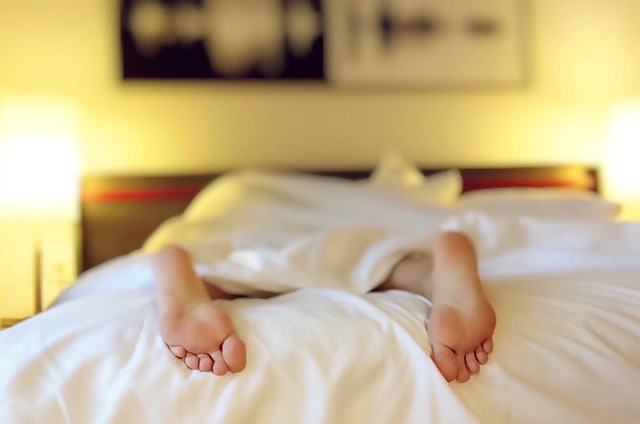 This is the question I should have started this list with. How, after all, can we talk about whether a guy will be good in bed if we don’t explain what that means?

I can’t answer this question for you, gentle reader, but I can encourage you to think about how you would answer it. While you’re dating this guy, you will get a sense of whether he is genuinely interested in you, whether he cares for you as a person, and whether he sees sex as part of building an intimate connection with you.

“Sex,” after all, isn’t just intercourse. Sex is not a substitute for intimacy. It is an important ingredient in true intimacy.

If you think of “good sex” just as a set of physical movements ending in a climax, it isn’t likely to be all that satisfying for either of you.