We live in a society that is incredibly self-obsessed and “me” focused. From the game that is social media to the generation of entitlement, it is common for us all to be mildly narcissistic at one time or another.

When you’re in a relationship, this may become even more obvious as both you and your partner navigate the winds of change from me to we.

However, pathological narcissism is a completely different ballgame.

A person with narcissistic personality disorder is more than just in love with herself, but has created an idealized self-image that she will strive to protect at all costs.

Incapable of truly feeling for another person, much less falling in love, a true narcissist may not always *seem* like it. However, there are a few telltale signs that the person you are dating is a narcissist and, if these are persistent, it’s a good sign that it is time to cut and run. 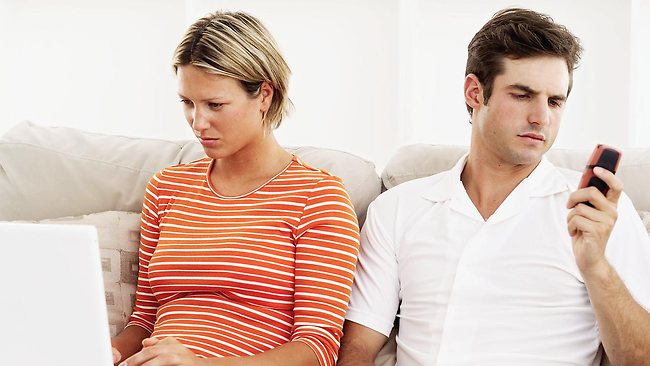 Narcissists have one favourite conversation point, and only one: themselves. A pathological narcissist not only hogs the conversation, only allowing for his opinions to shine, but will do anything he can, including interrupting, to steer the conversation back to himself.

Furthermore, narcissists are known for dismissing others’ ideas and logic, even if they ultimately agree with it. Instead, they will use phrases like “but…”, “actually…”, “there’s more to it…” to subtly defeat your ideas and deflate your ego (thus inflating their own).

If they do agree with you, later on, they may rephrase your ideas and package them as their own, refusing to give you credit.

Narcissists think they are special, above the law or rules, and therefore have no problem breaking them.

While some narcissists will outright lie, cheat, and steal because they simply think they can, others will manipulate others in order to “rightfully” gain what they want without any sense of guilt or shame.

Likewise, they won’t respect other people’s boundaries, showing blatant disregard not only for the thoughts and feelings of others, but their physical possessions and personal space. Narcissists may borrow items or break promises or dates without regard for the feelings or impact that those actions have on the other person.

3. Projecting an Image of Perfection

Because narcissists believe themselves to be perfect, they are obsessed with others viewing them in the same way. Like the mythological Narcissus who could not stop looking at his own image in the mirror, a pathological narcissist is often obsessed with physical looks or materialistic signs of “success” and superiority.

If she is religious, she is painfully, didactically so. In her professional life she is the “superstar,” even if the boss doesn’t recognize it.

This is why any reminder of his failings sets a narcissist off. When someone or something disrupts his image of perfection, a narcissist comes face to face with his “true self,” the one he’s been working so hard at hiding.

nce this is, literally, impossible for a narcissist to face without psychological help, he instead blames the people around him.

4. Blaming Everyone but Themselves

Narcissists’ whole sense of worth is wrapped up in their projected (false) self image and inflated ego. They cannot be wrong so every setback they experience or every fight they have is, obviously, not their fault.

A pathological narcissist will not only blame you for any fight you two have, but will blame you for their own anger. Furthermore, narcissists have exactly two responses to a challenge to their self-image: they will fight, often heatedly with the single goal of making you feel guilty and apologize or retreat into a cold, dispassionate state, asking you to “drop it” or otherwise forget the issue rather than actually learn and grow from the situation.

So You’re in a Relationship with a Narcissist … Now What?

The catch-22 about narcissistic personality disorder is that the only way that these people can change is to admit they have a problem in the first place, which is akin to admitting a wrong, which a narcissist just cannot do.

While there are ways for narcissists to change and begin to see and empathize with those around them, the likelihood of that happening is slim. 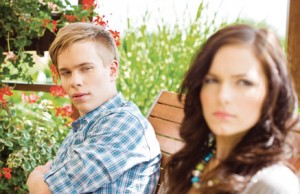 Honestly, the best way to deal with being in a relationship with a narcissist is to not be in one. No matter how much you love a narcissist, they love themselves more and will never really love you. If the narcissist in your life is someone you cannot truly get “rid” of (i.e., a child, co-worker or parent) then the best solution is to remain detached so as not to deal with the fallout of their disorder.

Don’t engage them in arguments and don’t rely on them to help you out unless by doing so they are really helping themselves. However, if you are already with them in a romantic sense, then you would absolutely need the help of a good couples counselor.

Narcissists can’t change without help and there is no reason to suffer personally because of this.