You are here: Home1 / Breakups2 / Cheated On Your Ex Boyfriend? Here’s How To Win Him Back

Since you’re on this web page right now, I doubt I have to explain to you why cheating on the person you love is a bad idea that can have serious consequences. You already know that, so I won’t preach about why you shouldn’t cheat on your boyfriend.

In reality, we’re all human and we all make mistakes from time to time. Now that you’ve accepted that your infidelity cost you the man you love, it’s time to talk about how to get him back and start over.

Don’t Deny It Or Fight Your Ex About Your Cheating 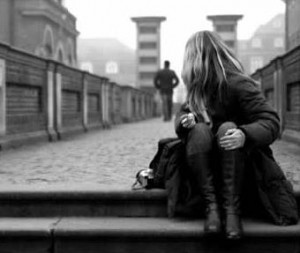 After you’ve cheated on your boyfriend, he’s going to feel incredibly betrayed.

He’s going to see you differently, and he’s going to have a very hard time loving you at the moment.

Accept that this is the case, and don’t fight with your ex about why you cheated or who it was with or how much you’re sorry. If he broke up with you, you’ll need to accept it and begin thinking about how to get him back.

Once you’ve accepted his feelings of betrayal and anger, cut off communication with your ex for a while. He needs time to put the cheating behind you and forget some of the hatred he’s probably feeling right now.

Try to ignore your gut instinct to say sorry a million times and beg for forgiveness. Even if you’re truly sorry (hopefully you are), telling it to him again and again won’t help. Instead, give him time and space while he begins to miss you (yes, he will miss you even if the relationship ended in tears and heartbreak).

Be Patient With Your Ex and Wait Until He’s Ready

Let’s be realistic: It’s going to take a long time to get back with your ex after you’ve cheated on him. This isn’t the same as a simple break up; the time required for your ex to miss you and want to be with you again could be longer than it would in other situations. So, patience is key here.

After this potentially lengthy period of your ex being angry and bitter at you, chances are he’ll actually start to miss you. This will make him angry at himself, because there is a part of him that still hasn’t reconciled the whole affair yet. Eventually though, he’ll start to talk to you. And when he does, one of the biggest things you’ll need to do is listen.

Accept full responsibility for cheating on him. Don’t try to pin it on anything he might’ve said or did. He may attempt to “punish” you by seeing other girls, trying to make you jealous, etc. Be prepared, and don’t get angry at him for it. Just accept this “punishment.”

All throughout the post-breakup period, your ex is going to be looking to see that you’re behaving yourself. In some ways, this shows him a level of how sorry you really are. If you want to get him back, you’ll need to play along with his expectations.

Be humble, and stay low key. You can’t do anything that might make him think you’re going out and having fun with other guys, or he might just write you off.

For full details on how you should approach the process of re-establishing contact and what to say when you talk to your ex after the “no contact” phase is over, check out this video which shares some juicy psychological tactics you can use to help him forget about your cheating.

Don’t Talk To Your Ex About The Cheating 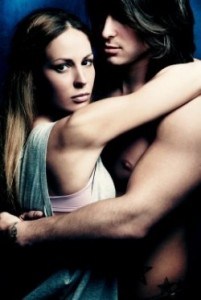 If he doesn’t know who you cheated on him with, that’s ideal. Don’t give him any more details than are necessary, even if he asks.

When you ex asks specific questions about your cheating on him, be as vague as possible. He might ask for places you cheated, dates, times, even positions. And although he’s asking for details what he’s really doing is trying to downplay your involvement with this other guy.

You may benefit from lying once or twice here regarding your cheating. Because the further away you can place the cheating, the easier it will be for him to reduce it in his mind. Being honest here will only hurt him, so make up whatever you need to in order to protect his feelings.

Starting Over With Your Ex

After one partner cheats on another, their relationship will never be the same. Trust has been broken, and although trust it something that can be built back up it’s almost impossible to bring it back to the level it once was.

If your ex boyfriend chooses to forgive you and begin a new relationship with you, it should be a ‘fresh start’ and a new relationship. Wiping the slate clean and starting with a strong new foundation is the only healthy way to begin dating your ex again.

Promise each other you’re going to move forward without looking back. Your future relationship will always be marred by the scars of the past, and this isn’t good. If he’s going to dig at those old wounds whenever he feels the need to “get you” on something, chances are the two of you aren’t going to work out.

Best of luck during this difficult process; don’t get discouraged and keep at it until you finally have your ex back in your arms.

If you want to know the most comprehensive guide on getting your ex boyfriend back, check out The Ex Factor Guide — you won’t regret it!