You are here: Home1 / Relationships2 / How To Make A Man Emotionally Addicted To You

Men may really like you or even love you, but unless you create emotional addiction, he’s not going to stick around.

What makes a player settle down? We’ve all seen it happen. Think of that frat guy from college with who was all about partying, having fun, and putting notches in his belt. A couple years pass and you see the pictures on facebook. He’s married, settled down and has a couple kids.

You can’t believe your eyes. What caused this total transformation?

The answer is emotional addiction. His wife has managed to make him totally addicted to her, mind, body, and soul, and so he can’t imagine his life without her in it. And you can do it too.

What Is Emotional Addiction? 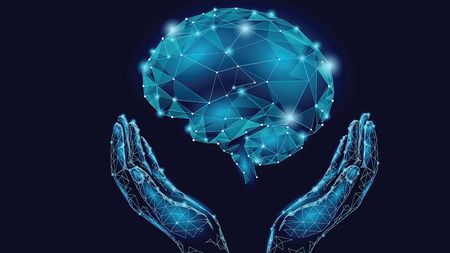 First off, what is emotional addiction? Think of it this way…remember your first love? Your heart beat fast when you heard his name. Your cheeks were hot when he was near and it felt like you were going to die if he didn’t ask you out.

That is emotional addiction–an automatic biochemical reaction to another person that becomes dependence.

If you can foster this in your man then he’ll never leave your side and he’ll have no idea why. This may seem extreme but the truth is emotional addiction is a natural part of falling in love for many couples.

That’s why the frat brother’s wife was able to create it in him without any help. She simply got lucky.

Think of it like drug addiction. In fact, falling in love releases the same neurotransmitters in the brain as doing cocaine. Just like a hit of a drug, you want to create moments of intense passion in your man.

How To Get A Man Emotionally Addicted

So let’s talk about creating these moments of passion. You want to connect with your man early and often if you’re going to get him emotionally addicted. Texting is still important but you need to keep it to a minimum and use it to push for time spent together in person.

I recommend short dates, booty calls, and quick intense meetings at this stage.

Be upfront about your feelings and don’t be afraid to be mushy or extremely affectionate if the mood is right. Lying in bed together after sex is a crucial time to create emotional addiction.

Men (and women) are particularly susceptible after orgasm due to its effects on the brain. Feelings are heightened and bonds are strengthened when you’re both sweaty and tangled up in the sheets.

I also want you to sprinkle in a few dates where you don’t sleep with him. This will up the stakes and drive him wild. This stage is all about keeping him guessing. You don’t want him to get comfortable having you around. Instead you’re going to blow his mind with passion and intensity and then make him watch you disappear.

That’s when you follow up these moments of passion with moments of intense longing.

This is about creating absence and space between the two of you. Pulling back completely, getting out of town and waiting for them to reach out. Think of it like withdrawal. You’re his drug and his stash has run dry.

The longer he spends without you, the more he’ll want you. If you can maintain this distance, he’ll be fiending for you in just a few weeks.

This isn’t about simply giving him the cold shoulder, it’s just about creating sexual tension. Men can tell when you’re playing games and they have no time for it. No, it’s something more than that.

I noticed that many of my clients who were having lots of trouble connecting with men, would have men fall in love with them and they’d get into very serious, long-lasting relationships and marriages after periods of travelling.

At first I thought that travelling had changed their outlook and made them more ideal partners. But I found that many of these women actually knew or were involved with the men they eventually settled down with before they’d even left on their trips. I did a bit of digging.

My client, Chanice, told me she had been dating her now husband Peter for only two weeks when she left on a month long tour of South East Asia. Things with Peter had been going alright but she was suffering from her usual problems: lack of connection and neediness on her part.

They spent one last magical night together, knowing that this was it and they parted on good terms with the understanding that the relationship was over. Imagine her surprise when he was waiting at the airport upon her return.

Peter said that he couldn’t stop thinking about her the entire time they were apart. He’s been by her side ever since.

The more clients I talked to the more I noticed a similar pattern: intense flings followed by clean breaks.

While I’m sure you can’t drop everything and leave town for a month, what I want you to do is to “be busy” for long stretches. Don’t contact him, or return his messages with any regularity.

When you do talk, stress how much you miss him but don’t let him coax you into a meeting too early or often.

The basic formula is spend a couple nights together in a row and then don’t see him again for two weeks. I know it’s difficult but any longing you’re feeling, know that he’s feeling it ten times over. Just stay the course and keep your emotions in check.

That’s it, that’s how you create emotional addiction by mastering the principles of passion and longing.

Am I In Love? 13 Signs To Tell If You’ve Fallen In Love