You are here: Home1 / Relationships2 / How to Get Over Your Girlfriend’s Sexual Past

How do you get over her sexual past? This should be a simple question to answer: Just grow up and get over it – that’s the answer. But somehow, some people aren’t willing to just cowboy up and accept the world the way it is.

So let’s talk about it some more. 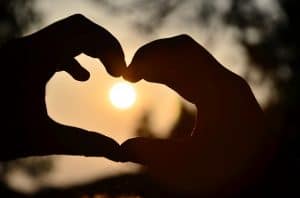 It’s important for you to accept that basic reality. Your girlfriend has a sexual past that didn’t include you. Nothing you can do will ever change that historical fact.

So What Can You Change?

The honest truth is that there’s only one thing you can change – your attitude about the situation. That’s it. Your girlfriend’s previous sexual experience prior to you will never change. It can’t change. All that can be changed is your emotional reaction to that historical fact.

Wait a minute, I can hear you saying. What about my girlfriend’s attitude towards her sexual past? Can’t I change that? Can’t I get her to change how she feels about those past relationships and past partners? Can’t I get her to stop talking about the other people she was involved with?

Well, maybe, but probably not. Another hard truth to accept is that you don’t have any power to control or change other people, particularly their thinking, which goes on mostly inside their heads where you can’t touch it.

Maybe every time you have sex with your girlfriend she’s mentally comparing you to all those previous partners, either negatively or positively. That idea probably makes you squirm, and I’m not surprised. But there’s nothing you can do about it. That sucks, but it’s the way it is. Whatever goes on inside your girlfriend’s mind is, again by the laws of physics, beyond your control.

Tell Her It Hurts You

You might be able to have some limited effect on her speech, perhaps. If she tends to bring up those former lovers in conversation, and that hurts your feelings, then by all means tell her. Let her know that it makes you uncomfortable and politely ask her to keep those thoughts to herself. She may not do it, but at least you will have asked for what you need.

But, as I explained above, her inner thoughts, the ones she doesn’t express, are beyond your control.

And that’s what is at the root of this situation in the first place – control. Because – and let’s be candid here – what’s really going on is that you are unwilling to accept and love your girlfriend just as she is, right now, the good parts of her and the bad parts of her. Instead, you are trying to change her and control her to make her a “better” girlfriend for you.

You are the problem here. You feel weird or angry or unhappy that she’s had sexual relationships with other people. You wish she never had those relationships, and you don’t like it that she might sometimes fondly remember those old lovers, or that she might possibly compare you to them. 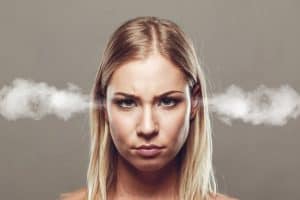 Jealousy is what we’re talking about here, and jealousy is an ugly, dangerous emotion. Go read “Othello” if you don’t understand what I’m talking about. Suspicion and jealousy can destroy a relationship very fast – they are fast-acting poisons. They both have their roots in the desire to control your partner.

In the past, many women were kept locked up most of the time so they couldn’t have any sexual relationships except those permitted by their society’s narrow cultural restrictions. Even in those draconian conditions, their partners were often jealous and suspicious. Plenty of women were killed throughout history by jealous, controlling partners, and it still happens today, sometimes. That’s the problem with jealousy and suspicion – they lead to a kind of atomic destruction of relationships.

So you should be on guard against those dangerous feelings when they arise in yourself. No sane person wants a nuclear war, and, if you are sane, you shouldn’t want a holocaust of jealousy in your relationship.

Now, it’s one thing to be jealous of something that might be going on right now. Perhaps your girlfriend is flirting with someone else, or you’re suspicious for some other reason that she might be cheating on you. OK, I get that. It’s a natural human reaction to feel that way. Even so, you have a responsibility to fight the feeling, rather than let it take you over and destroy you.

Don’t do it. The past is a fact and can’t be changed, no matter what George Orwell said in 1984. If you love your girlfriend, you need to be an adult about it and accept her as she is. She can’t make herself grow six inches taller to please you – it’s physically impossible. And she can’t change her sexual past, either. So don’t expect her to.

Focus on the problem, which is that you can’t accept it. Either learn to accept it, or get out of the relationship so she can go find a new partner who is more mature and loves her for who she is, not who they wish she was.