You are here: Home1 / Relationships2 / Reader Question: Cultural Differences Are Destroying Our Relationship

I fell in love with someone and been with her for more than a year now. At first everything is cool but lately we are fighting a lot. I think this has something to do with culture because as she’s very traditional and very stubborn. On top of that, her parents do not approve of our relationship. Help please?

One of our important myths is “Love conquers all.” It’s a great idea, and it’s sometimes true – everyone knows some uplifting story about people from two completely different worlds meeting, falling in love, and building a rich, enduring relationship despite the odds. Yes, this does sometimes happen, as love is indeed a very powerful force in our lives. Couples are formed by people from enemy nations, even nations at war, and they manage somehow to love each other despite adversity and difficulty.

I myself once attended a friend’s wedding where a rabbi and priest presided together, and a chuppah was put up inside a Catholic church.

Sometimes people who don’t even speak the same language, who can scarcely communicate verbally, fall in love. We smile to ourselves and say they’ve found another language, the language of love, with which to communicate.

These stories are very important as they validate and celebrate our ideas about what love is and how it works. Plenty of love songs and romantic comedy movies also teach us that – no matter how difficult your problems are – love will overcome everything else.

But reality is not quite so easy, or so simple. An Oxford anthropologist once called love a “culturally induced trance.” The important word in there is “culturally.” Love is part of culture, not just our body and brain chemistry.

It’s true – physical and sexual attraction is innate and biological, based on conscious and subconscious cues like bilateral facial symmetry and hidden pheromones and some other je ne sais quoi factors.

But “love” is cultural, particularly love that leads to a relationship that persists for some time. Even a love relationship between two people from nearly identical cultural and religious backgrounds takes work. Marriage takes a lot of work. You can’t just coast along for a few decades based on the momentum from your early, dizzying days of courtship.

Marriage in particular, but also any type of long-term romantic relationship, is a cultural thing, and so if you come from two different cultural backgrounds, you may have a more difficult time than you expect.

Sometimes You Have to Choose

I went to university with a Hindu friend, not an especially devout one, but a cultural Hindu if not a regularly practicing one. In college, she dated several different men who were white, Christian, or atheist. Her family didn’t seem to mind at all. But when, a few years later, she fell in love with one of these boyfriends – he was a great guy who loved her dearly and who would’ve made a fine husband – her family said no.

For several months there was an ugly fight and standoff between my friend and her parents, who had moved to the United States from India in the 1960s. Since I believed the myth that “love conquers all,” I fully expected her to defy her family and marry this guy, which ended up being the exact opposite of what happened. She eventually broke it off with this man and later married a Hindu guy.

Her family had certain cultural and religious ideas about what love and marriage entail. And they were willing to fight their own daughter to uphold those beliefs, which were very important to them. Torn between two worlds, my friend suffered for months, unsure of what to do, but in the end she stuck with her family.

That isn’t the only way such a scenario could end, of course. I know plenty of people who have defied their parents and married or eloped with whomever they wanted. But they also suffered a lot of pain and anguish during that decision, and afterwards.

The Complexities of Cultural Differences

So don’t expect cultural differences to be easy to resolve if they are causing problems in your relationship. Culture is an important part of all of us, whether we admit it or not, and it cannot easily be denied.

If cultural problems come up in your relationship, it is important to stay calm. Because cultural issues are so deeply rooted into us, they can cause serious trouble – many wars in history started over cultural differences. So don’t expect to just brush these issues aside without any hard work. And don’t vainly hope that “love” will deprive them of their power.

A long-term relationship or marriage with someone of a different culture requires many decisions and compromises, from how to live and what to eat (vegetarian vs. meat eater), what language to speak, how soon to have sex (before marriage or after), who is in charge of money and household decisions, where to live, what to name any children and what religion, if any, to bring them up in.

As in so many relationship issues, communication is the key factor. First and foremost, a couple has to talk to each other and agree on what they believe in. This may require negotiation and compromises, sometimes painful compromises. Reminding yourselves of the depth of your love during this difficult time is vital, so do it regularly.

Be sure to talk about and celebrate the many things you agree on – don’t just talk about the hot-button issues that divide you. Keep doing the things that you love doing together. But don’t shy away from hammering out your compromises and getting clear, as a couple, on what you want and what your hopes and dreams for your relationship are.

Are You On The Same Page?

It’s vital for you both to be on the same page because there are likely to be outside influences, whether family or friends or neighbors, who are applying pressure to your relationship. If your family is dead set against you marrying someone, you can still marry them. But you need to understand that things aren’t going to be easy.

And after the marriage, you will still need your family – if you get sick, or need a loan, or have children and need babysitting – so don’t burn all your bridges. You can be firm about what you and your partner want, but try to avoid shouting matches and ugly fighting that ruins the important connection you have with your family. Be clear with your family that you are determined to be with the person you love, but also be clear that you don’t want to lose the connection to your family. It’s a narrow path to walk, but in the end your family are likely to come around. 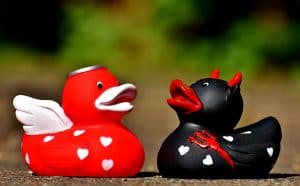 It is also possible – though hard to admit to yourself – that cultural differences may prove too much, and that your relationship won’t survive. This won’t be a fun thing if it happens, but if it happens despite your best, honest efforts, then you mustn’t be too hard on yourself. Plenty of people have tried hard to make cross-cultural relationships work and failed. That’s part of the human experience and it ain’t any fun, but it isn’t the end of the world. Give yourself permission to be human and to try and fail, if that’s what happens.