You are here: Home1 / Just For Fun2 / Can A Guy Really Tell If You’ve Faked an Orgasm?

Although I can understand why people might be concerned about this question, how important is it, really? Does it really matter? Is sex somehow “inauthentic” if one or both partners fail to have an orgasm? Is an orgasm the goal of sex? Is it the only goal? If there are more goals than just a climax, how important is having an orgasm compared with other objectives?

These are all questions to think about, seriously, before even asking questions about “faking” an orgasm.

Ask yourself, first, why you would feel the need to fake an orgasm in the first place? If sex is about intimacy, which means sharing your true self with someone, letting down the social and cultural barriers we all put up during our daily lives, if sex is about taking off your masks and being yourself for a little while, sharing yourself with someone you love, why would you ever want to fake it?

But, on the other hand, if sex is a mechanical, athletic endeavour with only one goal – orgasm – then I can see why you might somehow feel it was a failure unless you have an orgasm.

Contrariwise, it’s not so easy for a guy to fake an orgasm, although it can be done. But all the same questions apply to him, as well. Why would he feel the need to pretend he had an orgasm when he didn’t? Why would he need to lie to his partner, to you?

Faking It Is a Lie 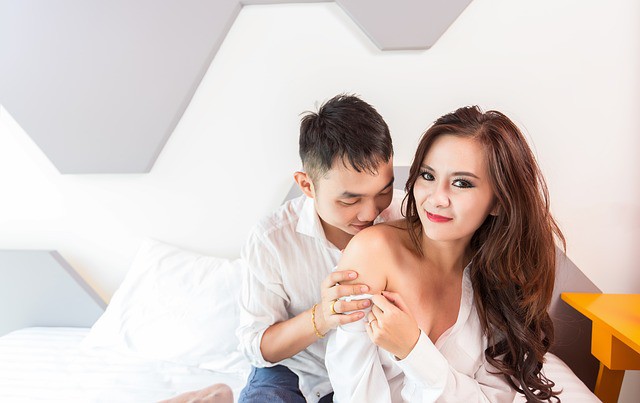 Because let’s be clear – that’s what faking an orgasm is, a lie. For whatever reason, perhaps you’re tired, or worried about something, or maybe you just aren’t in the mood, you realize you aren’t going to have an orgasm this time.

But instead of telling the truth and telling him you’re tired, or worried, or just not in the right mood, which would be an increase in intimacy between you, instead of doing that, you just pretend to climax and leave it at that.

Maybe he would be interested to know you are tired, or worried about something. Perhaps he feels he could help you worry less, by talking about it with you. Maybe he would benefit from learning that you aren’t always in a sexual mood, and that you can’t always automatically be gotten into a sexual mood. After all, you are a human being, not a robot. Maybe you would benefit from learning that about yourself.

He’s not a robot, either, though men in our society are supposed to always be interested in and ready for sex – just flip a switch and they are good to go, right? Anytime, anyplace. That puts a lot of pressure on men.

Now, having said all that, let me get back to the original subject. Can a guy really tell if you’ve faked an orgasm? One answer is “it depends on how well you faked it.” Men don’t necessarily understand female orgasms very well. Ask a bunch of scientists and doctors what a female orgasm is, and you’re likely to get plenty of different answers about involuntary muscular contractions and so on.

But Say You Did Fake It

So there’s a pretty good chance that if you moan and groan and thrash around just right, moving your hips up and down and so on, that you can sell a fake orgasm. Just don’t overdo it – if your normal, real orgasms aren’t very loud, then shouting all over the place is sure to seem like overacting and will give you away to even the most clueless guy. Your fake orgasm has to be the same as a real one, at least in its outward signs. So if you don’t normally yell his name and scratch his back with your fingernails, then don’t do it when you’re faking it. 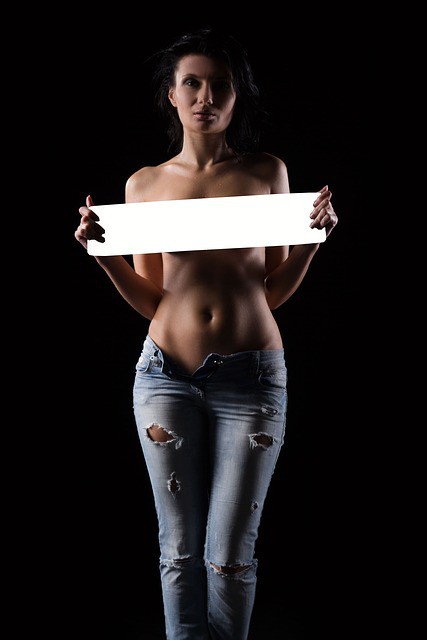 I said one answer is “it depends.” But another answer is “yes.” A guy can always tell if you’ve faked it. By this I mean that even if he can’t consciously tell, he will get some kind of subconscious feeling that it wasn’t genuine.

He may not be aware of this, and the thought, “she faked that orgasm” may not ever enter his brain, but down deep in his subconscious there will be some lingering doubt.

Part of that subconscious message will come from you. Why? Because, even if he doesn’t really know you faked it, you will know. And that knowledge will make you behave a little bit differently. He will pick up on this, consciously or subconsciously, and your relationship will be a little bit, a tiny bit, different. Over time, those tiny bits add up.

Try to remember that sex is no substitute for intimacy. Sex is part of intimacy.

Taking off your clothes and touching each other passionately is part of intimacy. But another part of intimacy is being honest with each other, by which I mean letting each other see the real you. After all, when you take your clothes off to have sex, you are letting your partner see the real you, the sexy parts and the not-so-sexy parts. Intimacy works that way – you are taking off your emotional and mental “clothes” and letting your partner see you “naked.”

So, to sum up, it is possible to fake an orgasm now and then and probably fool your partner, at least on a conscious level.

But there is a downside, and it affects both you and him. That’s why it’s important for you to think a bit harder about what sex is all about.