You are here: Home / Dating / Why Saying ‘I Love You’ Too Soon Can Do More Harm than Good

Wherever you yourself fall on that spectrum, from dewy-eyed romantic to hard-hearted cynic, you must agree that the phrase “I love you” has a lot of power, and that power cannot easily be predicted. So it’s a good idea to think about saying it before you just blurt it out and maybe put your foot in it.

Now wait a minute, you’re no doubt saying … Love is not a rational thing. It’s not a cerebral process where circuits click in your brain and at the end of the calculation, like a computer, you say, “I love you.”

Don’t get me wrong – I am not saying you need the rationality and reasoning of a robot, the coldness of a calculating machine, before you tell someone you love them. But I am saying be a little careful and cautious.

A Phrase with Baggage

Why? Because “I love you” is not a neutral phrase. It carries a ton of baggage – heavy emotional baggage that, even if you may not intend to deliver it, comes with those words. And that heavy baggage can weigh down and even squash a young, new relationship.  This is why it’s important to be content being single first. 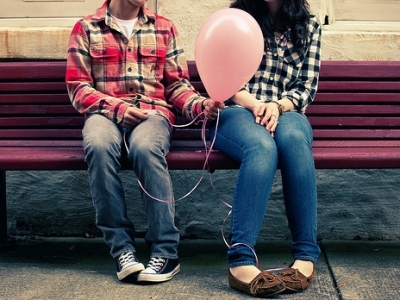 Meeting and dating a new person, getting to know them gradually, is a difficult endeavour. It takes time and luck. A thousand things can go wrong. That’s why it’s so special and amazing when things go right!

Even when everything feels right, when you and your new romantic interest seem to finish each other’s sentences, read each other’s minds, even when you seem to click perfectly, both of you are still anxious and nervous underneath.

That is normal, and that excitement and anxiety is part of what makes falling in love so much fun. If you knew everything was going to work out a certain way, it wouldn’t be much of an adventure now, would it?

Taking your time as you move through the various stages of intensity in a relationship gives you time for that natural nervousness, excitement, anxiety and wonder about the future to mature into other emotions. As you get to know each other and feel safer sharing special secrets or emotions, you begin to trust each other. That trust is a rare thing and a special thing.

The I Love You Bomb

Dropping “I love you” like a bomb into the center of that situation can be a disaster. Sure, it will be exciting to say it – your heart will pound, your partner’s heart will pound, your nerves will be jangling, and you’ll get quite a rush from all the special chemicals your brain dumps into your synapses when you say charged words like that.

There will be a strong emotional high, for sure, and you are likely to enjoy it (unless the other person says they don’t love you, or they aren’t ready to say it yet, but we’ll get to that in a minute).

But just like the euphoria of alcoholic intoxication, this party will be followed by a hangover – for both of you. And if your relationship is still too new, that hangover can be too much for it. 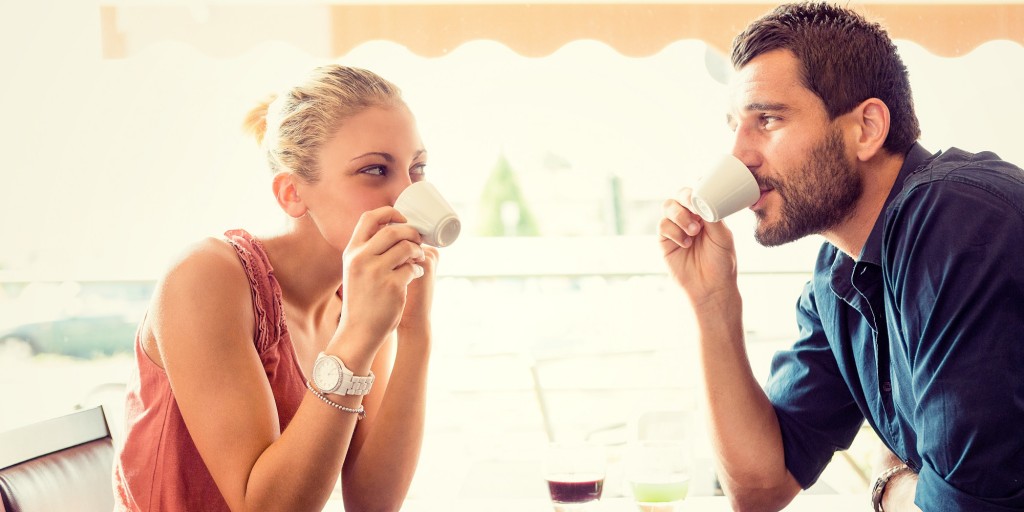 Putting off saying “I love you” means your relationship will be stronger and more secure, and that you’ll both feel safer with each other, when that emotional atom bomb detonates.

Every day you delay, while continuing to enjoy each other’s company, having fun, talking, learning about each other, every day you wait will give you a stronger foundation.

Throughout this discussion, I’ve been assuming that you and your love interest are on the same page, in the same state of mind, that you both are growing to love each other and so when you do say “I love you,” things will turn out pretty well. But there are other possibilities to consider.

When the Other Person Feels Differently

Sometimes, if you say, “I love you,” too early, you can shock the other person and scare them off. They may feel, after hearing those words, that somehow they owe you an immediate response, just as they would after a marriage proposal.

What they should say is something mature like, “Wow! Thank you for saying that. I don’t know exactly how I feel right this moment, but let me think it over and I’ll tell you later.” That way they can take some time to sort out their feelings and be honest with you. But you know that isn’t likely to happen. Few people are mature enough to handle things that way. And you yourself might be offended if someone didn’t say “I love you” right back after you said it.

So this person will feel tremendous pressure to reply with the same special words to you, even if it isn’t true in their heart at that moment. Think about that. Perhaps it won’t matter in the long run, as your relationship will continue to grow and eventually their heart will catch up to their words. But what if it doesn’t?

Then you’ve got someone who feels terribly guilty inside for saying something intimate that wasn’t true. Better to wait a little longer until both of you know you love each other. Trust me – if you wait, you will know when the time is right.

And What If You Don’t Really Mean It?

The other possibility to consider is that maybe you don’t really love this other person. Perhaps you feel like you do – after all, early on in a relationship we feel all kinds of wild surges of emotion.

We feel giddy and happy, profound and serious, and wild and free. It is easy to mistake those transient, ephemeral emotions for love and to burst out with “I love you!”

Get to enjoy a lot of dates first and get to know each other well before saying the magical words.

But trust me – there are plenty of people out there who have said it and then found out later they were wrong. And once you’ve let those three words out, like the genie from the bottle, you can’t get them back in.

So do yourself and your relationship a favor. Wait just a little longer.