Men are used to dishing out compliments, and most women tend to receive their fair share of compliments. It’s just a part of our culture: chivalrous men compliment the lady in their life, and that’s an expected event.

But at the same time, most guys don’t receive a lot of compliments. So if you want a guy you happen to have a crush on to remember you for a long time — or if you want your boyfriend or husband to know you care and appreciate him — feed him one of these compliments!

Just like most women, men spend a minimum of 40 hours a week at their job or workplace, so a career-based compliment can really make an impression. 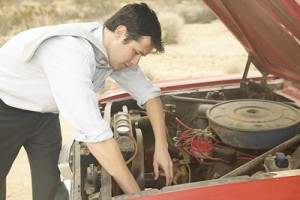 2. Boast About Him Publicly

Tell your friends, family, or co-workers about how great he is at a time he’s present or will overhear.

3. Ask Him For Advice

Doesn’t really matter what it is — just ask for his input on a meaningful decision. He’ll appreciate knowing you care about his opinion enough to ask.

Men are always comparing themselves to the guy on the cover of GQ, so any compliments on his body or muscles will certainly not go unnoticed.

5. Tell Him He’s a Great Driver

It’s a point of pride for a lot of guys, most of whom consider themselves a Michael Schumacher clone.

Even if it’s just to tell him that he makes a deadly gin & tonic, almost every guy will appreciate compliments on their skill in the kitchen.

7. Ask For Help With a Handyman Task

Many guys have absolutely no mechanical or handyman skills, which makes a kind word about his ability to unclog your sink or replace your car headlight all that much more valuable.

8. Compare Him to a Celebrity

Tell him he looks, sounds, or acts like someone famous. He’ll always think of your compliment when he thinks of that celebrity.

9. Compliment His Skills in Bed

If it’s your boyfriend or husband, then pick a certain skill he has in bed and tell him how much you enjoy / appreciate it.

10. Tell Him He’s Great at Something Weird

If he happens to be ridiculously good at playing Scrabble or washing the car, tell him! He’ll be shocked that you noticed and appreciate the thought.

Don’t be afraid to think up other ways to compliment the man in your life — it’ll make him feel good about himself and build his self-confidence while simultaneously making him appreciate you even more.