You are here: Home / Relationships / Single vs. In a Relationship: Where is the Grass Greenest?

If English is your native language, then you’re probably very familiar with the old idiom that says, “the grass is always greener on the other side.” 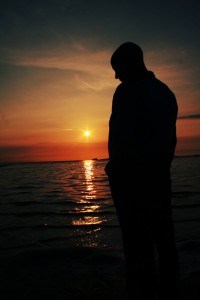 Have you ever taken the time to stop and think about what this saying really means, though?  Basically, it’s suggesting that no matter your point of view, things always appear better from an alternate vantage point.

It’s a clever expression, and it applies perfectly to the ongoing debate as to whether it’s better to be single or in a relationship.

Some people know for a fact that their happiness depends on having a stable romantic relationship.  The thought of being single, for these folks, is frightening and undesirable.  For this group, there’s no debate at all, because they know for certain that they’ll be happier when in a relationship.

But what about the rest of us?  If you’re like most people, then you’re forced to juggle the following scenarios:

When you’re single, you feel totally “free” and unfettered by commitments and responsibilities.  Life is all about “you,” and it’s generally a fun and carefree way to live.  But, while you may enjoy the freedom, there’s often a sinking feeling of loneliness behind the carefree lifestyle.

Certain situations — staff parties, weddings, and other social events where you’re surrounded by happy couples — can make you desperately wish that you had someone to share your life with.

Someone to watch a movie with you late at night on those rainy Friday evenings where you’d rather be home on the couch than partying at the bar.  While you get to enjoy total sexual freedom, and your sex life will rarely be boring when you’re single, there’s also the chance that you may go long periods without any sex at all.

When you’re in a committed relationship, feelings of loneliness are not something you struggle with.  There’s always someone around to talk to, share your problems with.  And there’s never any uncomfortable feelings when you’re surrounded by other couples in love.

It’s a great feeling knowing that your partner has your back and will be there for you on that rainy Friday when going out parting is the last thing on your mind.

But, while you may not have to worry about loneliness, life in a relationship isn’t as carefree.  You have responsibilities, and it’s not “all about you” any more.  Your freedom is restricted (forcing you to sometimes go for dinner at your in-law’s house instead of going fishing with your friends), and sacrifices have to be made.

There’s never any concern about finding a partner when you’re in the mood for sex, but there’s a real risk that things in the bedroom will become boring or stale.

So, when you’re single, you often tend to forget about the positive aspects of the carefree single life (freedom, lack of responsibilities) and focus on the benefits of having a stable romantic relationship.  You want to squash that sinking feeling of loneliness, and you’d be happy to give up the freedom and easy-going lifestyle. 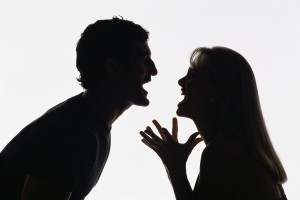 But when you finally do find that partner and begin to become wrapped up in a committed relationship, you begin to realize that things aren’t perfect just because you’ve got a “significant other” waiting for you at home.

Sacrifices have to be made, and you often begin longing for the freedom and adventure that came with being single.

Sadly, there’s not really any way to find a happy medium with this balancing act. You can try to find a balance between these two marital statuses by engaging in “casual” relationships, but that often ends up combining the worst of both worlds rather than the best.

So while you may be able to temporarily satisfy your thirst for freedom or companionship by finding a girlfriend / boyfriend or bailing on your relationship and jumping into the single life, you can’t expect to be completely satisfied for long.

Sooner than later, the novelty of your new situation will fade, and you’ll be right back where you started.

After all, the grass on the other side does always look greener from where you’re standing, doesn’t it?  But when you get up close and see the flaws and imperfections of that faraway lawn — and then gaze back to the other side, where you’d just come from — it looks green, healthy and magnificent.

The moral of the story?  Well, it’s pretty simple: The grass really is always greener on the other side.