Perhaps you’ve heard that size matters, women are naturally more bisexual than men, or that tantric sex means everlasting orgasms. The fact is, none of these things are quite true. Sex has been around forever, but we’re just starting to understand it.

To set the record straight, here are the 10 most common sex myths, debunked.

We’ve all been told that men think about sex far too often, every seven seconds by some accounts, but have you ever taken the time to do the math?  If you break it down you’ll see that thinking about sex every seven seconds adds up to 514 times an hour, or approximately 7,200 times during each waking day.

A bit much, right? While there’s no research to back up this seven second claim, a study done by a research team at Ohio University found that the average man thinks about sex 19 times a day (females 10 times a day). Much more realistic!

2. Pulling Out is Ineffective for Preventing Pregnancy

If you’re having sex with someone other than a highly trusted partner, the pulling out method is a big no-no — not only because it’s risky to trust someone you don’t know to do the deed correctly, but because of the risk of STDs and STIs. Though pulling out is widely considered an irresponsible method, a 2014 study published in the international reproduction journal Contraception calls it “as effective as condoms at preventing pregnancy.” Another study highlighted that if practiced properly, only four percent of couples who use the pull out method will get pregnant in a year. 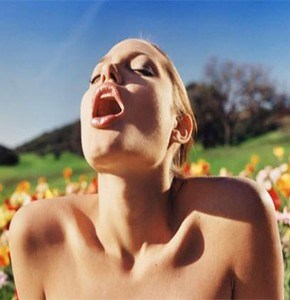 3. All Women Can Achieve Orgasm with Penetration Alone.

Wouldn’t it be easy if orgasms resulted from simply following instructions? Just insert Tab A into Slot B, move it around for awhile, and enjoy. Perhaps because it more often works that way for men, this unfortunate myth arose for women.

Most women, however, do not achieve orgasm from vaginal sex alone even though it’s possible. Not reaching climax during sex is perfectly normal, and according to Planned Parenthood, as many as 80 percent of women have trouble climaxing from vaginal intercourse alone. So, if it doesn’t work for you don’t assume something is wrong. Instead find other ways to achieve those waves of bliss.

4. The Hymen Always “Rips” or “Breaks” During First-Time Sex

Many women have felt some serious fear before having sex for the first time, because they’ve heard the myth about their hymens “ripping” or “cherry popping.” There are two myths here. The first is that a woman’s hymen doesn’t “pop” or “rip” or “break”– it simply opens.

Even in the cases where women experienced pain the first time, the pain was often not because of their hymen, but because their nerves make their muscles tighten up. 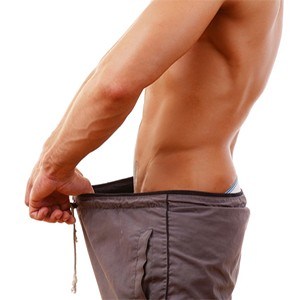 No matter how many times you’ve heard otherwise, you can’t tell a man’s penis size by his shoe size. A 2002 study from the University College Hospitals in London, UK found zero correlation between the size of 104 men’s feet and their penises. Another conducted in Canada of just 63 men found a very weak link, as well as one between penis length and height. Turns out the only thing you’ll learn by a man’s shoes is his taste in fashion.

6. The Clitoris Is Tiny

This isn’t a what you see if what you get kind of deal. Even though you can only see about a centimeter of the clitoris, it’s much bigger than you may think. Most of the clitoris is located in the body (underneath the shape seen in a female diagram) and is the shape of a wishbone, with two legs that extend about three inches into the vagina. These legs connect to the G-spot.

On average the clitoris is said to be about the size of a baby cucumber, and it grows during a woman’s lifetime. 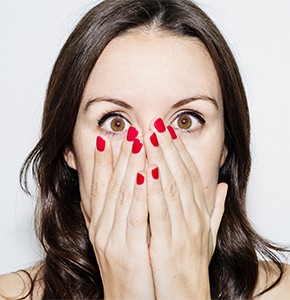 7. A Woman on Her Period Cannot Get Pregnant

This is not true. If you have a short period cycle you’ll start ovulating by the end of your period. Combine that with the fact that sperm can survive for up to five or six days after sex, and you’ve got a recipe for pregnancy.

8. If a Condom Is Too Big, It Can Get Lost Inside the Female

False! If a condom comes off during sex, it won’t get lost inside, but sometimes it can be difficult to get out. While it is not common, it is possible for a condom to slip completely off a man’s penis during intercourse and be left in the woman’s vagina after the man withdraws.

This can be alarming and, of course, the condom does need to come out ASAP. However, you don’t have to be worried about the condom getting permanently stuck inside because the cervical opening (between the vagina and uterus) is not large enough for a condom to go through. In other words the condom can’t go any further than the top of the vagina.

Contrary to popular belief, sex does not need to last for hours to be considered good, in fact, sex should last however long you want it do. For instance, some women find long sex sessions enjoyable, while men can find it boring or prefer it to end sooner than later. Other people enjoy slow, sensual sex, or others, quickies.

Everyone is different when it comes to sexual preference, so it really depends on who, where, when, why and how you have sex.

If you only have time for quickie sex then three minutes can be perfect and extremely satisfying. You may not orgasm but it’s fun and might lead to a longer session later that day.

Some women are vocal, some are not. Some men are vocals, others not. Just because a person is quiet during sex it doesn’t mean that they’re not enjoying it. Don’t expect your partner to scream out all the time. Yes it can be reassuring for you, but for others it just doesn’t work that way. Sometimes, silence is golden. And let’s be honest — they could be faking it.

This is a very common belief among women, and often times they’ll focus on trying to get a man to that point. However, ask any man who has learned to separate orgasm from ejaculation and he will tell you there are many benefits to non-ejaculatory orgasm, for instance, sexual stamina and multiple orgasms. So, just because you can’t see it doesn’t mean it didn’t happen.