You are here: Home1 / Relationships2 / How Not to Feel the Peer Pressure to Get Married

Peer pressure can be a good thing, sometimes. But it can also be a bad thing. Society and culture put all kinds of pressure on us, from ideas about how to dress and do our hair to lessons about how to behave and even how to think and feel. If you’ve ever run a foul of a bunch of people on social media, you will understand peer pressure in a whole new way!

Even if you haven’t – pay attention to someone who’s said or posted the wrong thing and become a target of popular anger via social media. That is peer pressure run amok, and it ain’t at all fun when you’re the poor person it’s running amok on.

Some peer pressure is obviously necessary for society to function – people must all agree, somehow, on what is acceptable and unacceptable behaviour. Humans are social creatures, and every group we form must have some sort of rules, as well as a way of pressuring members of the group to follow those rules.

Expectations of Family and Friends

Friends and families are also social groups – some of the most important social groups of all – and they, too, have various rules and expectations and ways of enforcing obedience to them. As you were growing up, your parents and other family members certainly had hard and fast rules you had to follow, as well as more subtle ideas about how to behave. Your family taught you things like not to steal, or how and when to send a thank-you note, or whether you were expected to get a college degree. They certainly had ideas about drinking, using drugs, and what sort of work and career you should follow.

Sometimes those expectations change from generation to generation. Your parents’ ideas about tattoos, for example, might be quite different from your friends’ ideas about getting inked. Those changes could lead to tension, conflict and guilt. But you somehow made it through all those juvenile and adolescent crises. You found your own way, usually through some synthesis of what your family and friends wanted and what you wanted. You took your own, personal path.

One big thing that families and friends have expectations about is marriage. Ever since you first introduced a boyfriend or girlfriend to your family and friends, you’ve had to deal with this.

Perhaps some of your family or friends didn’t like your choice of boyfriend or girlfriend. That might have been one of the earliest times as an adult that you had to decide whether to resist or go along with what other people thought was best for you.

Now you’ve reached “a certain age” and have been dating for “a certain length of time” and a new set of signals is coming in – you’re being pressured to get married. What should you do?

First of all, don’t panic. This isn’t the first time you’ve felt peer pressure to do something, is it? Why is this any different?

It isn’t really all that different, though it can seem like more of a big deal.

Dealing With the Weight of Culture, Too

In our society, it isn’t just peers and family who tell us how to fall in love, handle a relationship, and get married. Hollywood and popular music and media put out expectations that are often impossible or ridiculous. But we’ve seen a lot of movies and hummed along or sung along to a lot of songs in our lives, and we’ve internalized a lot of those ideas.

So when we feel peer pressure to get married, it is peer pressure backed up by the heavy weight of popular culture. That can make it seem more serious and scary than it needs to be. That can lead to us pressuring ourselves, which leads to making mistakes. But if you keep your head and don’t do or say anything crazy, then you will be just fine.

Be Honest With Yourself

First, ask yourself if you want to get married right now. Be honest. Consider all the factors and give yourself a percentage score from zero to a hundred, where zero means you are completely uninterested in getting married, and a hundred means you are totally ready to do it.

You probably won’t ever score either zero or a hundred – it will always be something in between. If it’s anything over, say, seventy-five out of a hundred, you are probably ready. That’s as certain as any human being can ever be about something as serious and overwhelming as marriage.

Your score may change from year to year or month to month. So check in with yourself now and then, just so you know how you’re feeling. And be gentle with yourself. If you are afraid to get married, or feel overwhelmed by the idea, that’s OK. That’s normal. And just because you score seventy-five or eighty out of a hundred, that doesn’t mean you are required to buy a ring and pop the question today! It’s just a measure of how you feel.

Once you know how you feel, you will have some idea about what you want to do, now and in the future. That’s a start. If you know something about how your boyfriend or girlfriend feels, then you will really be in a good place. If you don’t know how they feel about it, ask them.

Remember – what other people think of you is none of your business. Stay focused on yourself and on keeping your own life in order. Don’t organize your life in such a way that making other people happy is the most important aspect of it.

Make yourself happy first. Have an honest conversation with yourself about what you want. Then do your best to achieve that. 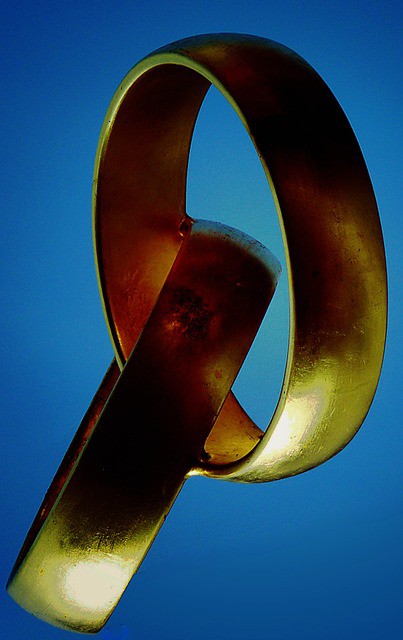 If you aren’t ready to get married, or even if you are ready but you have decided to wait a while, for financial reasons or other reasons, then that’s fine. You have decided what is best for you after some thoughtful consideration.

Explain that firmly and politely to any of your family and friends who think otherwise. The fact that you’ve actually thought it over and talked it over with your partner should help to convince them that you’re serious about it, that you are not just lazy or thoughtless.

Don’t react defensively or out of anger. “It’s none of your damn business!” may be the truth, but shouting that at your friends or family will generally just make things worse rather than better. Keep calm and tell them you appreciate their concern but that you aren’t ready to get married yet.

If you are clear and honest with yourself about whether you are ready to get married, it will be much easier for you to talk about it with other people while keeping calm. Only when you yourself feel a little guilty about it, or when you are confused or don’t know what you want, are you likely to lash out and tell those busybodies to mind their own business.

It might feel good to tell a few busybodies what to do with themselves, but it won’t really help your situation very much.