You are here: Home1 / Relationships2 / 8 Pitfalls to Avoid for a Long-Lasting Relationship

When it comes to dating, no long-lasting relationship is free of problems — and if it is, then you’re probably not doing it right.

Between issues like boredom and temptation, to arguing and a fading passion, couples have to overcome numerous challenges in order to stay happily together.

To help keep your relationship alive and well, here are some of the biggest issues that long-term lovers face and tips for overcoming them. 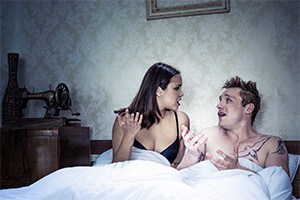 Unless your boyfriend or girlfriend cheated, lied or betrayed you in some way, then the vast majority of arguments can be solved by simply taking the time to clearly consider the situation and respectfully listening to each others perspective.

Instead of blowing up or holding onto pride, it’s crucial that you remain calm when things get heated. To do so, give yourself time to cool down before handling any major issues. After all, slamming doors, calling names and belittling one another will only make things worse. If you know that you’ve messed up or are to blame then swallow your pride, admit you’re wrong and say sorry.

In the beginning of most romantic relationships, it’s common for couples to be able to feel the “spark” between them. It’s the butterflies in your stomach, the excited-nervous buzz you feel before you see each other and the lingering happiness that keeps you awake at night.

However, as time passes and lovers get more comfortable with one another, it’s common for that spark to fade. When this happens so many people panic or assume that their relationship is doomed. The truth is, your relationship isn’t destined to fail, you just have to work to keep it alive.

To better understand, think of the spark like a fire. The flames that existed in the first few months of your relationship were strong and bright. Then, over time those flames slowly starts to dim and may not seem as strong. In order to keep the fire burning you have to tend to it, and focus on keeping it alive. The more you try, the brighter it will get, whereas if you give up, the spark will go out.

Simply put, relationships require hard work and dedication from both partners. As long as you’re willing to put in the effort, your relationship will survive. 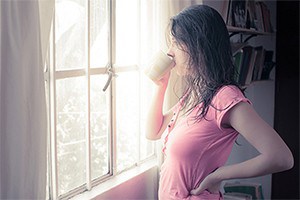 Sometimes you’ll get those intense self-reflective mind-fogs that make you examine everything about your life and question, among other things, if your relationship is actually a good idea.

You may spend an entire day pondering proverbial “what ifs” or plan a future just for you. That’s normal. No one likes their self 100 percent of the time, so, how can you expect to like somebody else all of the time?

When doubt days come creeping in don’t freak out. Instead, keep your thoughts private and give yourself time to rationally decide what you really want. Breaking up just because you want to runaway to Europe isn’t always the best idea. Instead it’s important to think things through and to only react once you’ve made a levelheaded decision.

You’re not an immature teen so grow up and realize that temptation isn’t an excuse to act inappropriately. Now, that’s not to say that opportunities to cheat won’t arise, but being in a lasting relationship means being able to see the bigger picture and to realize that an hour of fun isn’t worth the overwhelming guilt you’ll feel for the weeks, months and years after the fact. Not to mention the possibility of throwing away a relationship that you’ve worked so hard on … 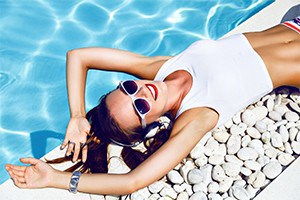 The thing with single people is you’ll sometimes look at them with longing and envy: Don’t they seem so happy in their freedom? Aren’t they just so much less tied down than you?

They can stay up at the party without having to answer to anyone. They can go on impulse trips with their pals. They can go on Tinder and have casual sex at any moment. They can spend an entire weekend watching 100 episodes of Game of Thrones without being told to be more social or to clean up.

That said, single people are largely unhappy and lonely. Hence why they complain about being single all the time. Just because everyone else seems happier than you, it doesn’t mean that they actually are. In fact, single people are envious of YOU! This is just another case of the grass seeming greener on the other side.

Unless you’re one of those self-conscious couples who schedule in routine joyless sex sessions to keep the numbers up, then you’re going to end up having less sex in your long term relationship than you did when you first got together. It’s an inevitability, but it’s not necessarily an issue. If the sex is still good and you’re both still regularly climaxing, then there’s nothing wrong with slowing things down a bit.

If the sex starts to get a little stale, here’s a quick fix: talk about it. Say, “I want to try something new,” or “It would be great if we could try role playing stuff.” By the time your sex is becoming tiresome you’ll most likely have been together long enough to openly and honestly talk about whatever’s on your mind. 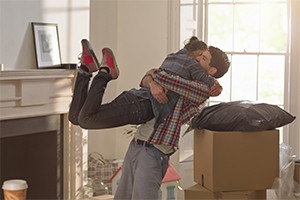 The idea of moving in with your significant other is something that many people stress about. That said, it doesn’t have to be such a tough decision to make.

If you’ve been sleeping at one another’s places for years, enjoy waking up together in the mornings and know how mindlessly dull texting updates to each other can be, then the remedy is easy: move in together!

Yes, you’ll probably have some space issues and a few compromises to work out, but when the timing’s right, suck it up and make it work. If you intend to stay with this person for the long haul, then moving in is part of the package.

For some bizarre reason, so many of us have come to believe that we only get one shot at happiness. What’s worse is we believe it’s time sensitive.

Think about it for a moment. We’ve been tricked into believing that our late teens is for a serious relationship that teaches us how to have sex. That our early twenties are for finding ourselves, living wildly and having fun. That we’re meant to meet the love of our lives in our late 20s, get married by 30, have kids and live happily ever after!

What no one tells you is that the invisible timeline isn’t real, and the more you allow it affect your decisions and feelings, the more you will question everything. Don’t fall for it. Simply do what makes you happy, love with all your heart and work hard to keep your relationship lively. When you do your love life will be able to weather even the toughest of storms.