“Sticks and stones may break my bones, but words will never hurt me.” So the old saying goes. But it is a lie. Words can hurt. They can really hurt, like knives cutting into you. And words from a trusted loved one can hurt worst of all.

A stranger yelling that you’re an idiot on the freeway is easy to ignore and forget about. But when your boyfriend or girlfriend or your spouse says you are stupid, that is a devastating blow that may hurt for the rest of your life.

Think Before You Speak

The best advice is to stop and think before you speak. Use common sense and observe the golden rule – treat others the way you would like to be treated. If you get into a fight with your partner, if you lose your temper and can’t control what comes out of your mouth, then walk away. Go to another room and take a break, even if it’s only for a minute or two. Give yourself a chance to calm down.

Sometimes you can’t control what you say in anger. And you can always apologize and make amends afterwards.

But there are some types of statements that are more hurtful than others, so harsh that even an apology can’t fix the damage completely. If you value your relationship and want to prolong and preserve it, you should watch out for these types of brutal statements and avoid them at any cost.

First, avoid attacking and criticizing your partner for personal characteristics or things that they can’t control. 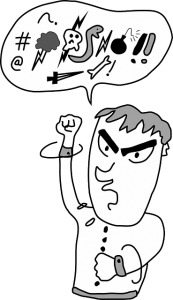 This means don’t call them fat, or old, or bald or any insult that is deeply personal and is something they can’t change, at least not easily. Nobody can help getting old and being the age they are.

Body shaming is like pushing the nuclear button in your relationship. You are doing the equivalent of dropping an emotional atom bomb on your partner.

You might argue that people have more control over their weight, for example, but it ain’t that simple and you know it. Telling your partner you find some physical aspect of them ugly and unattractive is a great way to hurt their feelings, but it has no upside.

You’re not going to motivate them the way you might, possibly, if you called them lazy. It’s possible that, stung by your criticism (“You’re a lazy bum!”) they might get up off the couch and go find a better paying job, or they might clean the rain gutters or mow the lawn. But there’s no possibility that if you tell them their ass is too fat or flabby that they will find a way to change it, because that’s nearly impossible. 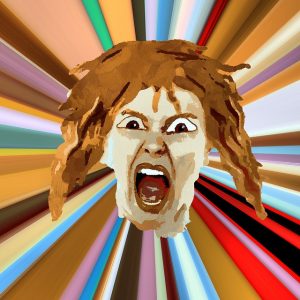 “You sound just like your mother!” is a good example. Many, if not most people have some hang ups of some sort about their family of origin. Using that anxiety as a weapon against them is another effective way to hurt them badly, but it also has no upside for you. It can’t have a positive outcome. So avoid it.

And, as in the first category, people don’t have much control over who their parents were!

“You sound just like my mother!” is also not a very good idea!

Don’t imitate the sound of your partner’s voice, or their speech mannerisms. Again, this is pretty common, but it doesn’t have any real positive outcome. They might sound and act exactly like their mother – your hated mother-in-law, perhaps – but don’t tell them that, and certainly don’t act it out!

3. Avoid Statements That Could Be Considered Conditional Love

The problem is the first part of the statement, the idea that your love is conditional, that it depends on certain actions or physical and emotional characteristics of your partner.

To build and support a healthy relationship, you want to express unconditional love. Think of the way a parent loves a child – no matter what the child says or does, no matter whether they break a window or valuable vase or crash the car or get arrested or fail algebra or flood the basement or burn down the house, the parent still loves them and always will.

The parent may be very, very angry, disappointed, unhappy, whatever, but none of that decreases the level of love they feel and express for their child.

That unconditional love of a parent for a child is an excellent model for your relationship. It’s difficult to picture a mother telling her daughter that she’d love her more if she got an A in algebra. In fact, it’s a preposterous idea.

So don’t ever make your love conditional. Don’t say anything harsh along those lines, because once that genie is out of the bottle, it can’t be put back in.