Research from The Ohio State University has concluded that both men and women lie about their sexual experience, while truthful about other gender-specific activities.

The study at The Ohio State University reports that men and women lie about sex to each other.

The study found that men were likely OK to admit that they engage in effeminate activities like poetry and dance, but when it came to sex, they would lie, claiming that they have had more sexual experience than they actually had. 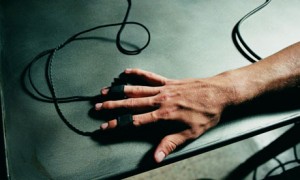 Women were the same case: When asked about hobbies, women had no problem saying they enjoyed more manly activities, but when it came to sex, women claimed that they had less sexual experience than they actually had.

This may not come to a surprise to many people.

Terri Fisher, the author of the study, says “There is something unique about sexuality that led people to care more about matching the stereotypes for their gender. Sexuality seemed to be one area where people felt some concern if they didn’t meet the stereotypes of a typical man or typical woman.”

The study polled 293 college students between the ages of 18 to 25.  They were asked on whether they engaged in 124 different activities such as how often they wore dirty clothes, told rude jokes, engaged in poetry writing or lying about their weight.

Some students had to answer the questions while they were hooked up to a polygraph test (which wasn’t functioning at the time).

As stated, regardless of whether the said polygraph was attached or not, men and women both lied more about their sexual experience. When asked about non-sexual activities such as poetry and sports, both genders felt little to no pressure to lie about their feelings.

Trying to Be Normal Based on Stereotypes

“Men and women didn’t feel compelled to report what they did in ways that matched the stereotypes for their gender for non-sexual behaviours,” Fisher said.

These findings back up a study that Fisher had conducted back in 2003 in which he found women went from having very few sexual partners when not hooked up to a polygraph test, to as many as men when they were hooked up to a lie detector.

Fisher actually suggests that the results of the most recent study could’ve been even more skewed towards sexual expectations since half of the participants weren’t hooked up to a polygraph test.