You are here: Home1 / News & Research2 / 1 in 3 US Youths Report Being Victims of Dating Violence

According to research presented at the American Psychological Association’s 121st Annual Convention, one in three American youths are victims of dating violence.

Michele Ybarra, MPH, PhD. of the Center for Innovative Public Health Research in San Clemente, CA says that “Adolescent dating violence is common among young people. It also overlaps between victimization and perpetration and appears across different forms of dating abuse.”

The study defines abuse as being physical, sexual, mental, and emotional violence in dating relationships. 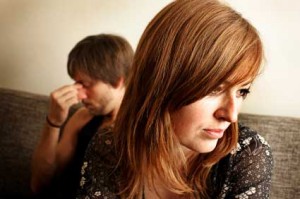 However, delving into the specifics, it seems that girls were more likely to be the victims of sexual dating violence.

Psychological abuse was about equal for both men and women — and surprisingly, rates of abuse increased with age but were similar among ethnic background, levels of income and race.

So what does this say? Clearly, females are just as prone to abusing males as men are to women, however, the general difference in stature between the sexes is why we hear much more about male abuse. Does this mean we should give the green light for women to abuse men?

Obviously this new study sheds some light that women are just as equally likely to abuse men. Of course, the number of reported brutal attacks would be skewed entirely, nonetheless, this is very alarming news.