You are here: Home1 / Marriage2 / 8 Signs of Emotional Abuse in Marriage

Is it abuse? Click here to learn what to do if you think you’re in an abusive relationship.

When we talk about domestic violence, many people imagine the stereotypical slight female with dark glasses covering her black eye. Weak, both physically and mentally, this victim easily gains sympathy, especially once she musters up the courage and strength to finally leave.

Unfortunately, the reality of domestic violence is far less obvious than those dark glasses make it out to be. Abuse comes in more than one version, and from more than one gender. Emotional abuse, also known as psychological abuse or mental abuse, is almost always a precursor to physical abuse.

However, it also often exists on its own, lurking in the shadows of a marriage, ruining the victim’s self-esteem and sense of purpose, often without any obvious outward signs. 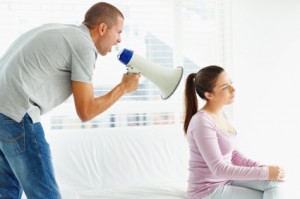 Understanding the Toll of Emotional Abuse

Emotional abuse, left unchecked, can lead to a number of problems which range from poor physical health due to stress to mental health issues such as anxiety and depression. Because it is elusive, a victim of emotional abuse may not even recognize the source of his or her problems.

Likewise, the abuser, who is often reacting out of wounds and insecurities from childhood that have yet to be addressed, continues a cycle of behaviour that hurts themselves as much as their spouse-victim. It’s best to be single than be in this type of relationship.

Furthermore, children who are raised in emotionally abusive homes are very likely to become emotional abusers themselves. Many emotional abusers’ behaviours affect everyone in their lives, including their children, extended family, and friends.

That is why it is so important to recognize the signs of emotional abuse in a marriage to either get yourself out or help someone else suffering as a victim of this hideous form of domestic violence.

8 Signs of Emotional Abuse in a Marriage

Emotional abuse is so slippery that observers and victims need to look at more than just one incident to find the signs of it. Emotional abuse is not, like physical abuse, easy to pinpoint as a bruise or broken bone, but rather a sustained pattern of behavior that leads the victim to feel as if he or she is “walking on eggshells” every time the abuser is present, and sometimes even when not.

If you look closely, however, the signs will always appear. Here are just eight that signal a deeper problem with emotional abuse:

Time To Get Out?

In addition, many emotionally abusive spouses will threaten to kill themselves if their partner leaves, furthering the guilt and blame that defines the relationship into forever. 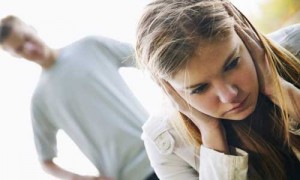 However, getting out is the only way to truly live, rather than just exist. No matter how much you love your abuser, that love cannot change him or her.

The only way to help an emotionally abusive person is for them to admit to their issue and get the help they need. Sometimes, helping yourself instead is the only real option.