You are here: Home1 / Marriage2 / How To Win Arguments With Your Spouse

If you’re reading this you’ve already made a mistake.

If your goal is to beat them in an argument, you have the wrong mindset.

But don’t worry. I’ll teach you how you can fight smarter, not harder.

Follow these tips and you’ll learn to fight in a way that will bring you two closer together and help your marriage, rather than hurt it!

Pick Your Battles to Win Your Arguments

First off, pick your battles. This advice is as old as time. Don’t fight just for the sake of fighting. You can win all the battles and still lose the war.

We all know those couples that squabble over every little thing. Believe it or not, they weren’t always that way. They lost respect for one another over time and now they let every tiny problem turn into a massive fight.

The more you pick fights, the more your spouse will pick fights until it becomes a habit. And that’s a tough habit to break.

Communicate Honestly With Your Spouse

It’s easy to fight about something small to avoid bringing up a tough issue. But if you don’t let them know why you’re upset, it won’t change.

When you want to raise your voice or snap back in anger, take three deep breaths.

Think about what is really upsetting you. There’s a good chance it has nothing to do with your husband or wife so don’t take it out on them. Marriage comes with enough conflict without adding others on top of it.

There are plenty of real reasons for you to be upset and we’ll cover how to address those shortly.

If you find that no matter what you do, you can’t stop having huge fights with your spouse and you’re worried that you may be at the breaking point, then it’s time to get outside help.

The problem with marriage counselling is that it’s expensive. Not only that but both you and your spouse have to be willing to make an effort. My marriage coaching works a little differently.

Lose The Right Way To Your Spouse

You may feel like you’re already losing every fight with your spouse, but they probably feel the same way. The couples that have the most conflict are those where neither partner is willing to lose an argument.

They won’t back down no matter what. If this sounds like you, then you should rethink your approach. 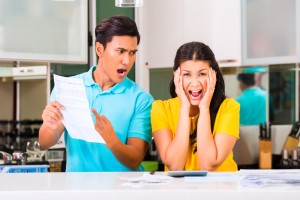 You’re showing your spouse that you care more about being right than what you’re fighting about. This means that they’re never going to see your side of things because you’re never willing to see theirs.

So allow yourself to lose a fight now and again. If it’s something that’s not important to you, give them a win and actually apologize sincerely, don’t just sulk.

When your spouse sees you’re able to do this, they’ll be more likely to do the same and when you stand your ground, they’ll know that you’re not just doing it out of pride.

The real goal should not be to win arguments, but stop fighting with your spouse.

One of the best ways to win an argument with your spouse is by seeing both sides of an issue.

If your spouse sees that you understand where they’re coming from, even if you don’t agree, then they’re going to be more willing to compromise.

This is why it’s really important to listen actively to what they’re saying and consider their point of view.

Your spouse is angry that you never take out the garbage. 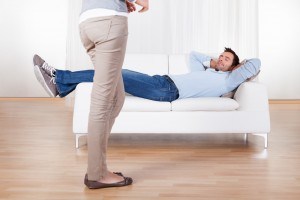 Instead of telling them they’re dead wrong, you do way more housework than they do, say this:

“I can see that you’re angry that I don’t take out the garbage enough. I think I do plenty of other housework but if this is important to you, I’ll make the effort.”

See how you’ve seen their side of the argument and you’ve shown that you’re open to changing your behaviour?

Many people avoid this because they don’t want to give any ground. But notice that you haven’t had to apologize or let them win. You just addressed their concern. It’s as simple as that.

Get To The Root of The Argument

Often couples will fight about small things to avoid fighting about what is really bothering them. This is because we worry about what will happen if we address the real problems in our relationship. 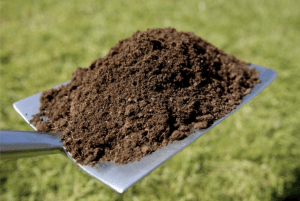 When you use small problems to mask big ones it just causes confusion for both parties.

It may be easier to dance around an issue but in the long run, the earlier you can address problems, the stronger your partnership will be. In fact, this is one of the best ways to build a healthy relationship.

With that in mind, before coming at your spouse with some minor annoyance, look deeper and see if it’s part of a bigger pattern that you’re really responding to.

When you’re in a fight, avoid using the word “you”.

If you can reframe your arguments to avoid the word “you” then your fights will be less confrontational.

It’s a simple language trick that will take some of the fire out of your fights.

You’ll also want to avoid “never” and “always”. These are extreme words that will hurt your argument. If you say “You never listen to me.” then you’re obviously exaggerating.

They can point to three times they listened to you and destroy your argument. Instead say “I wish that you would listen to me and try to see my side of things more often.”

No you’re having a much different discussion about the exact same thing.

Stay Affectionate With Your Spouse

When fights get really bad, you may respond by being cold to your spouse. This is common and only natural. But you should try to stay kind and loving while you’re arguing. This will remind them that you’re on the same team and that you love them no matter what.

There are times when you need to spend a bit of time apart to let things cool down. If you find one or both of you keep bringing up the fight then this may be your cue to get some space from the situation. Even a walk around the block can really help both of you think more clearly.

I see this every day in my work as a marriage coach. Men and women will threaten their partner with divorce over the smallest provocation and it always leads to a huge fight.

Avoid using the nuclear option unless you mean it. If you say you’re leaving them over some dirty dishes, it will look like you don’t value your marriage. Plus, if you don’t leave, then they’ll lose faith in the things you say.

If you find you keep making the same point over and over, stop. Instead, use different words to say the same thing. 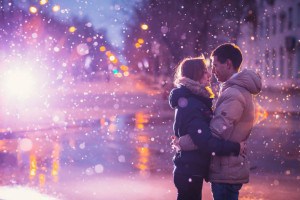 This may feel silly but even if it seems perfectly clear to you, changing up the language can help them understand. If you can say the same thing in several different ways then you’re more likely to get the result you want.

Here’s a tip that real FBI hostage negotiators use to get the best outcomes in crisis situations.

It’s called mirroring. Basically, you say what your spouse is saying back to them in different words.

They say: “We never go out anymore.”
You say: “You’re upset that I don’t take you out on dates often enough.”

This may feel unnatural but trust me when I say that they’ll just be happy that you’re seeing their side. This shows them that you’re making the effort to understand them.

Mirroring is also about body language. Experts say that 93% of communication is non verbal.

This means that raising your voice, waving your arms around and pointing will always make things worse, no matter the words you’re saying.

This goes for your tone of voice as well. Don’t yell and never imitate their voice to try to hurt them.

Here’s how you mirror your spouse:

This will create an unconscious connection and make them more likely to see your side. It’s that simple.

Before You Argue With Your Spouse…

If you find you’re the one who is always starting fights, before you bring up a problem with your spouse, ask yourself these three things:

If the answer to these questions is no then you should bring it up to them. Make sure you do so in a respectful manner and avoid raising your voice.

Tell them how their actions make you feel. Tell them clearly what you want them to do and why. Listen to their response and keep your cool.

There you have it. The next time you’re about to explode with anger, take a deep breath and remember these tips and you’ll get what you want without making things worse.