You are here: Home1 / Marriage2 / Useful Tactics to Deal With the Intrusive In-Laws

The last thing a happy (or unhappy) marriage needs is pressure from outsiders, whether friends or family. Although most people know when to mind their own business and let a married couple handle their own problems, there are some groups who often feel entitled to meddle.

In-laws are particularly prone to intruding in a marriage, and it’s important to find a way to protect your marriage from their – often good intentioned – advice.

In the past, and still to a certain extent even in our atomized culture today, marriages were strategic alliances between families. The couple didn’t always have the final word in their own relationship. Often a married couple lived with their in-laws and other relatives, which made the marriage an extended group of people, all with their own ideas and opinions about how things should be run.

Some families had (and still have) a powerful patriarch or matriarch who feels entitled to speak and to be listened to, or even to give orders.

But even a distant set of in-laws can exert influence, the way Pluto’s gravity distorted the orbits of the other planets before it was even discovered.

Consider this scenario – you and your husband live on the west coast, while his parents live three thousand miles away on the east coast. They visit infrequently, but when they do, they “suggest” strongly that you should bring your children out to visit them next summer, staying for several weeks. But you have other plans for your kids, and you don’t like traveling to the east coast. Your in-laws put pressure on you, playing their emotionally manipulative cards – “We hardly ever get to see the grandchildren, and they’re growing up so fast!” 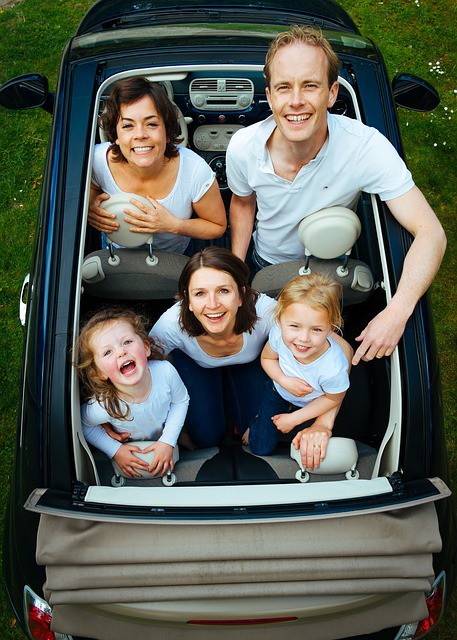 You feel guilty about this, about denying them a chance to spend part of the summer holiday with their grandchildren, so you consider cancelling the camps you’ve already signed your children up for and buying expensive plane tickets to the east coast instead.

It’s inconvenient, irritating, and expensive, and you don’t really want to do it. But you feel guilty. Inside, you begin to feel more and more angry. At some point, all this frustration and resentment reaches a boiling point, and you erupt in anger at either your children or your husband.

It’s important in a scenario like this to understand that doing things out of guilt or a misplaced sense of responsibility is not healthy, and it leads ultimately to negative consequences like resentments and depression or explosive anger.

Your living situation, and the geographic location of your in-laws are not entirely your fault or even under your control, so don’t take on the burden of trying to “fix” things that you can’t do alone, or that you don’t want to do.

So, how do you handle these pushy in-laws? First, you need to be clear about your own desires and needs. Remember, your in-laws can come visit you during the summer if they want to see their grandchildren more often, or they can move closer to where you live.

When dealing with your intrusive in-laws, or with anyone else offering unsolicited “suggestions” about how to handle your marriage, it’s important for you to keep on the front foot. By that, I mean you must be clear about what you want and about what is important to you. If you get into a reactive spiral where your in-laws act and you react, you will eventually exhaust yourself.

So you don’t have to wait for them to act. You can decide and act first when it comes to any aspect of your marriage or your immediate family, which is your responsibility, not theirs. Decorate your house the way you want, pursue the career or educational path you want, dress the way you want, raise your children the way you want.

If your in-laws are more pushy, or “in your face” about things, it’s best to keep calm and polite. Avoid responding in anger, even if you feel angry. Don’t say (or shout) “It’s none of your business!” or something similar. If you are boiling mad and need time to calm down, just give yourself some time and space to deescalate the situation. Say something like, “Thank you for your advice. Let me think it over.” Then walk away and find a solitary place to regain your composure.

Pleasing Unpleasant In-Laws — Not Your Job

Remember that your spouse can be a great ally in dealing with intrusive in-laws, since they are his or her family. Don’t be afraid to ask for help. But don’t put the entire burden of solving the problem on your spouse, either. Work together to figure out a plan.

As a married couple, you should lean on each other, but not expect either to take on the full burden of solving a tricky problem.

Learning to have healthy boundaries and learning how to say “no” to your in-laws is important. Just as good fences make good neighbors, according to the old saying, good boundaries between you and other members of your family, whether your spouse, your children, your in-laws or you own parents, will make your family stronger and better overall.