Second marriages are significantly more likely to stand the test of time, according to a recent article in the Daily Mail.

As someone who regularly works with individuals facing marriage problems, this news doesn’t surprise me at all.
There are a number of reasons why second marriages tend to work out more often, but here are three of the most common:

1. Experience Gained in the First Marriage

It goes without saying, but you have to be married and divorced once before you can be eligible to have a “second marriage.” And that entire ordeal often provides invaluable experience that you can use and apply to a second marriage scenario.

During a first marriage, many people learn things about themselves and their preferences in a partner that they weren’t aware of before being married.

Another benefit comes from understanding the logistics of running a home, sharing financial responsibilities, and holding yourself accountable to another person.

Sharing your life is about understanding compromise, picking your battles, and learning how to communicate effectively. All of these traits improve with time and “practice.”

These lessons (and, more often than not, mistakes) can help you make better decisions when committing to a second marriage. 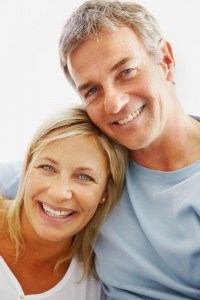 2. A Desire to Get It Right the Second Time Around

Again, this might seem obvious, but there’s nothing more motivating than getting older and feeling like you need to “get it right” this time around.

Having already failed at marriage once, most people tend to have a “do it right” mentality when it comes to re-marrying. Not only does the experience of the first marriage give useful insight and experience, it also provides a life lesson about what it’s like when marriage fails.

And that can be a motivating factor when it comes to finding a partner that will allow a happy and long-lasting second marriage.

Another common trend among second-time spouses is their deep sense of gratitude. After the failure of a first marriage, after the loss of the good parts of a relationship, you are much more likely to appreciate the small things in the second.

Gratitude for a second chance, for love, and for companionship contributes to a fuller life and a deeper, easier acceptance of the “bad” as part of the good.

First marriages can sometimes become somewhat “rushed” because one or both of the involved parties feels a need to settle down and begin a family before they get “too old.”

This can often pressure people into making rushed decisions or leaping into marriage before they’re fully ready.

When it comes to second marriages, there are no guarantees that you’ll feel any less pressure, but more often than not, there is less of a “time-sensitive” approach to marriage, and more time to consider whether you’re both right for one another and ready for a lifelong commitment.

There’s nothing overtly glamorous about a second marriage, because it means that your first try at “true love” ended in heartbreak.

But, at the same time, people who have recently experienced divorce shouldn’t stress about whether or not they’ll ever find love again.

Once you do find love for a second time, it’s more likely to last than the first time around!

Top 6 Ways To Stop Fighting With Your Spouse

How Not to Feel the Peer Pressure to Get Married

How To Keep Your Wife Happy

How To Please Your Husband & Keep Him Happy