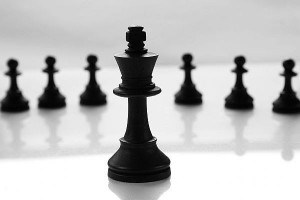 Being a leader isn’t just a trait that women are attracted to, but men also have more respect for leaders.

Leading impacts all areas of life — and attracting women is just a small part of it. By being a good leader, you immediately have an unfair advantage in the work environment as well.

So what makes a good leader? Let’s jump into this comprehensive list:

That means you’re honest about your abilities and to other people. Dishonesty won’t get you anywhere in the real world. You’re trying to be a leader amongst adults, not children, so only the brutal truth works.

Look at popular politicians and leaders today and emulate them. Remember, being a charming communicator isn’t all about humour, it’s about hand gestures too.

You know how to tell people what to do, but you need to do it in such a way that people want to do it for you. You know peoples’ strengths and weaknesses. You motivate people to do things because you know how to sell, and you reward them well by doing things for them (and charming them in the process).

This doesn’t mean you’re cocky and arrogant. If you’re a leader, that means you have to do something extraordinarily well and show people your talents and skills. Use this to generate an insane amount of confidence and from there, your swagger will naturally come through.

You don’t give up on people. If you’re going to be a good leader, you’ve got to stick with your team. Only then will you build the respect and admiration that is required. Imagine if someone gave up on you so easily. You probably wouldn’t want to be around them, right?

Motivation isn’t something you can manufacture that easily. To be honest, motivation is what holds most of us back. If someone had infinite motivation for something, the sky’s the limit.

The longer they would dedicate to perfecting their art and the harder he or she will push. Learn what makes people tick.

Set an example. Some of the best leaders out there aren’t all that articulate with their words, but they lead by example. If you work your butt off, the person beside you is also going to work their butt off.