You are here: Home1 / Divorce2 / “My Wife Spends Beyond Her Means. I’m Considering Divorce …...

Though cheating and neglect are big problems, more often than not it seems to be financial troubles that sink marriages. Everyone needs love and attention, and if we don’t get them in our marriage, we suffer. But money is something different by degree, also something we need – although we rarely need as much of it as we think we do – and it carries a whole lot of emotional baggage that makes it difficult to talk about.

Consider the fact that it isn’t polite to ask someone how much money they make, although it is OK to ask them if they’re married, or engaged.

Money is a taboo subject in modern society, and because it’s a taboo, we’ve built all kinds of superstitions and magical rituals around it. Few of us are able to think about money dispassionately or objectively.

Advertising and popular culture teach that money is the answer to all, or nearly all, our problems. People dream of winning the lottery, or of having their startup business become an overnight success worth millions (or billions) of dollars. Getting your first bank account and credit card are youthful rites of passage.

Workers fret and save so they can retire and be idle, because being rich and idle are seen as worthy goals. Other workers fret and fear that they will never be able to retire, and that when they are old, they won’t have enough money to live on. This is a real worry that keeps a lot of people awake at night.

Is it any wonder, with all this going on, that most of us have hang ups about money? We worry about spending too much, or not saving enough. We grumble about working too hard for too little money. We spend beyond our means with credit cards, running up thousands and thousands of dollars, even tens or hundreds of thousands, and weigh ourselves down with a heavy burden of shame.

Take two ordinary adults with their normal hang ups about money and marry them to each other and the results can be comical or terrifying.

Here we find ourselves in a situation where one spouse – the wife, in this example – spends more money than her husband thinks is appropriate. He’s so frustrated and angry that he’s thinking of divorce (although he’s unlikely to save any money by going through an expensive divorce with all its legal fees!). Is there any way to save his marriage?

Yes, but it takes time and hard work and genuine commitment, like most marital changes.

No matter how you divvy it up, one spouse ends up spending the money the other spouse has earned. That can lead to resentment, depending on how the money is spent.

Communication is the first step in solving this problem. It must be clear, calm, loving communication, rather than angry, unhappy shouting or crying. Fighting about money will just make the problem worse, either by upsetting both spouses or making one or both of them feel ashamed. 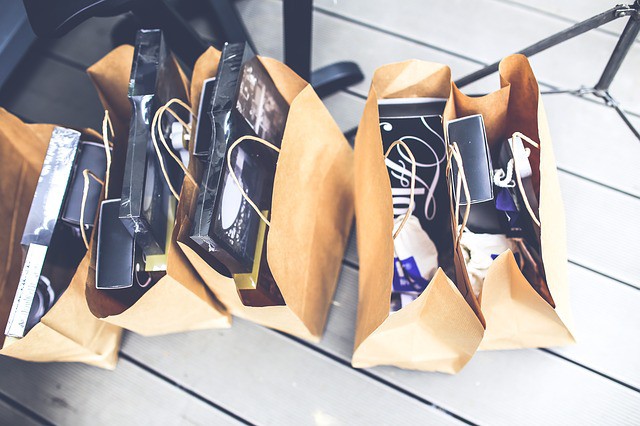 If a husband feels his wife spends “beyond her means,” burning through too much money on clothes or shoes or a new car or whatever it is she buys, he needs to approach with caution.

He should set up a joint meeting once a month (or at least once a quarter) to balance the books. Each spouse should “do their numbers” – writing down everything they’ve earned and how much they’ve spent during that time, listing what it was spent on. Both spouses need to do this, not just the one who seems to spend too much. Getting the facts down in black and white is the first step.

At this stage there should be no judgment, no finger pointing. You’re just working together to get a realistic financial picture of your marriage. Together is the key.

Have a Money Date with Your Spouse

After a few months, you’ll have some data to study together. A good rule of thumb is to think of the money you earn in thirds. One third goes for necessities of life – food, clothes, shelter, medical bills, and so on. Another third goes into savings. The last third can be spent on non essentials, luxury items or fun – this includes dining out, holidays, travel, art and so on. Nobody’s perfect and no marriage hits the one-third division exactly, but it is a good rule in general to help you think about your finances.

If one of these areas is out of whack, you will see it. Perhaps the necessities of life – rent, mortgage, car and credit card debt – eat up a disproportionate amount of money, leaving little for saving or fun. This is a problem the two of you should discuss together.

There are always solutions, from cutting back on costs to asking for a raise at work or finding a new, better-paying job. Put all your ideas on the table and work together to figure out a solution.

If one spouse – the wife in this story – is spending too much in the third “fun” category, it will become clear after you’ve taken your financial inventory for a few months. Once again, it’s time to work together on solutions to the problem. Be constructive and creative, rather than angry and accusatory. People spend compulsively for many reasons, some of them deep and psychological rather than frivolous.

One woman I met who had a spending problem told me that her mother had died when she was just a kid. There was a medical malpractice lawsuit, and the woman got a huge payment of money when she was still a teenager. Her mother was dead and the money seemed like it was supposed to take her place.

But of course it couldn’t, and no amount of spending could replace her missing mother. She spent fantastic amounts of money and wound up with a weird relationship with money – spending it as a way to heal her sadness, but feeling terribly guilty because of the association with the pain of losing her mother.

When this woman got married to a man who’d grown up in a family without a lot of money, she had a hard time changing her habits. It took serious work with a therapist to begin changing her attitudes towards money.

As with so many marital difficulties, this problem of the prodigal wife needs to be approached and solved with honest communication, love and compassion.

Compulsive spending, like overeating or gambling or alcoholism, isn’t something people can just “turn off” if you get angry at them and threaten divorce.

That won’t solve the problem. But working together to find the roots of the problem and being honest with each other will go a long way.

If the wife’s spending is truly a compulsive problem, it is better to spend some money on therapy. Though it’s expensive, therapy is cheaper than lawyers!