You are here: Home / Dating / Reader Question: Why Do Women Always Fall For Jerks?

This morning I received an interesting email from Jack in Charlotte, North Carolina. Essentially, Jack wanted to know why it often seems like girls always fall for jerks.  “Can nice guys ever win?” he asks.

This is a question you’ve probably asked yourself at some point in your life. And you might even wonder why women will ditch a guy who treats her well, only to go after an arrogant prick!

It seems like every day I hear about some guy who has had this problem. Usually he’ll complain about treating a woman really well, but losing her to some schmuck who’ll only ends up mistreating her.

So why does this happen?

Well that’s a difficult question to answer. The answer is jerks are NOT boring. And there’s an interesting explanation of why this is true. But before we get to that, let’s talk about the opposite of the jerk — “The Nice Guy.”

If you’ve ever watched one of those cheesy 80’s movies, “The Nice Guy” was the sweet, caring dude who secretly wanted to be with the Prom Queen. He’s clueless with women, but has a heart of gold. And at the very end, the popular girl realizes how wonderful he is AND they live happily ever after. 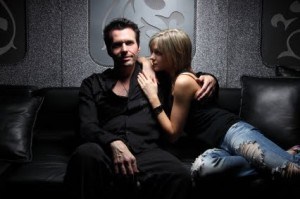 Unfortunately life doesn’t work this way!  In the real world, a overly-friendly, nice guy bores the crap out of women.

When dealing with a girl, he usually listens to her problems and hopes that someday she’ll want to be with him instead of the jerk that just broke her heart.

The problem is nice guys engage women on a logical level, instead of an emotional level. He may make a great friend, but he’s doing nothing to create sexual attraction.

Women end up with jerks because they provide an emotional charge. Sure he can act like an asshole and hurt her feelings, but he also provides excitement AND arousal.

Around a jerk, a woman never really knows what to expect. All she feels are the tingling of butterflies in her stomach when he’s around.

Now there’s good news here. Every woman has dated a jerk at some point in her life. And from this experience, she’s learned that it’s not healthy to be around a man like this. However most women want that emotional charge without the baggage that a jerk often provides.

In short, she wants a man who is compassionate, but also a little bit edgy.  It’s up to you to find that balance and be “that guy” and steal her away from the actual jerks.