There could be several reasons why the guy you’re dating right now won’t call you his girlfriend.

In this article, I’ll explain some possible reasons why and what you can do about it so that you can, eventually, call him your own!!

Or he has a young state of mind. Guys that are younger aren’t likely to commit. If your guy isn’t at the mature age, you can solidly say that it’s “him, not you.”

What can you do about this situation? Well, you definitely shouldn’t rush it. Let your guy naturally find out that you’re the one for him. As men get older, their idea of love naturally changes. 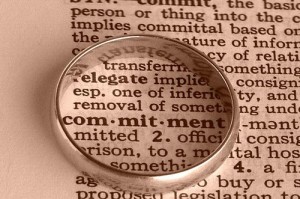 2. He’s Eyeing Another One

Maybe he’s actually dating another girl. Who knows, right? How do you know he’s not dating multiple women at once.

While frowned upon, it actually is quite possible. Don’t flip out just yet, though. The fact that he hasn’t broken things off with you is a good sign. What can you do?

Talk to him about it. If he’s being shady, then he’s probably dating someone else. Don’t get angry or emotional though, this will turn him off completely.

Yeah, as terrible as it sounds, consider it a compliment on how good you are in the sack. It’s possible that all this guy wants is sex and that’s it.

While this isn’t nice to think about, there are far too many women that are naive and end up with a broken heart. If this is the case, then don’t be afraid to flirt with other men and say that you’re hanging out with other guys and see how he reacts to this.

Another pretty negative reason, I know. Don’t worry, it’ll get more positive, but we have to exhaust all possibilities, and one possibility is that he just isn’t into you. Maybe he’s just keeping you around until the next best thing comes around. What can you do? Ask him about it and say you want the truth. If he isn’t into you, then simply move on.

Yes, this is likely one of the most probable reasons why he’s avoiding the whole boyfriend/girlfriend talk. He’s afraid of commitment! This is a common problem and this goes hand-in-hand with the maturity issue.

It’s not that he isn’t into you or using you for sex, but it’s possible that he’s scared. What can you do about it?

Don’t force the issue and continue being a great girlfriend to him. Eventually, he’ll come around. Don’t rush it!

There’s no challenge. Humans begged to be challenged and they yearn to overcome it. Think about when you were playing a game and you came across a difficult situation. You probably wanted to overcome it, right?

Well, men are 10 times more competitive. They love the challenge even if they don’t openly admit it. So don’t be so easy — playing hard to get works for a reason.

He doesn’t think you’re worthy of his awesomeness. This is probably the worst kind of guy to be with. You feel like that you have to constantly be on his level for him to date you longer. What can you do in this situation? Challenge him and show him that other guys that are hotter and amazing are after you too.

Whatever the reason for his lack of commitment to you, don’t worry too much about it. Do what you can to find out the truth.

But show him that you won’t wait around for him forever. If it’s a relationship you want, then be clear about it. But don’t push him towards it, because often times, that just won’t work.