You are here: Home1 / Dating2 / 5 Things to Expect When You Get Involved With a Married Man

Relationships are difficult enough when you get involved with someone who only has eyes for you. Love just ain’t at all easy – it takes constant work, dedication, understanding, intelligence, compassion and courage to make it work.

When you get involved with a married man, well, that just makes things a hundred or a thousand times more complicated. So long as you know – and I mean really know, really understand, really accept – what you’re getting into, you can have a somewhat fulfilling relationship with a married man. But you need to go into it with your eyes open.

Here are some things to expect in a relationship with a married man.

1. No Matter What He Says, You Are Not Number One

I’ve heard it over and over again from so many deluded people that “this time it’s different,” and “he really loves me more than his wife,” and “he’s going to divorce her and be with me.” Choose your own version of the delusion.

Despite the combined experience of the thousands of generations of people who’ve lived before and who’ve had affairs with married men and learned difficult lessons, this time it’s different. Our affair is different and our love is much deeper than all the millions of other affairs throughout history, you insist. Tell me another one.

No, it isn’t different. If he’s married, you are … what? His mistress? Just a fling or an itch he needs to scratch? Whatever you are, you are, at best, his number two option. Sure, maybe he’s keeping you around in case option number one doesn’t work out. But how does that make you feel? If you’re really OK with it, then fine. But don’t delude yourself about where you stand.

His wife and family are his number one choice. If that weren’t so, he wouldn’t be with them, wouldn’t still be married. He’d be single and possibly in a relationship with you. 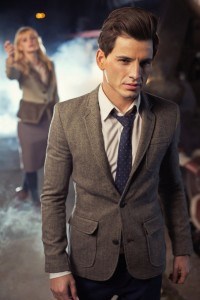 2. If His Marriage Ends, He May Not Want a Relationship with You

Married men have affairs for different reasons, but one common one is they want sex, passion and romance without too many strings attached, without too much commitment. An affair is scary, but also exciting.

Once his wife is out of the picture, you might think he’ll come running to you. Perhaps he will. But don’t count on it.

You may not be forbidden and exciting enough anymore. If he’s just gotten out of a bad relationship, one that suffocated him or stymied him or depressed or angered him, he isn’t likely to be immediately looking for more of the same level of commitment. So be careful what you expect, as you may be let down.

3. You Have Zero Guarantees

Of course, you know this, right? I mean, technically, even married people have no absolute guarantees. Feelings change over decades, people change. People actually do stop loving each other and separate sometimes. But they’ve got a lot more security than those having an affair. Most of the time married people can expect their spouse to be around, to show up, to be a part of the relationship now and in the future.

“For better or worse” does mean something, and even unhappy married people usually feel like their marriage is worth fighting for on some level. Married people also can expect things like sharing of financial burdens, and help when one of them is sick or injured.

If you get sick, don’t count on your married boyfriend dropping everything to come over and nurse you back to health, or to drive you to your doctor’s appointments. You will have to hobble over to the hospital on your own. If your roof leaks, don’t count on him coming over to fix it (if he’s handy) or paying to fix it, either. If you wake up afraid and lonely in the middle of the night, you can’t just call him and have him come right over to cuddle with you. Better in this situation to get a dog. You really don’t have the right to any expectations at all, so it’s probably best not to have any.

Although your time together may be blissful, and although you two may be having the greatest, most intense and satisfying sex of your lives, on a fundamental level the married man you are involved with is deeply unhappy.

Consider that you’re taking on the burden of a relationship with someone who is unhappy. That comes with a cost. The effects of that deep, even subconscious unhappiness will catch up with you sometimes. Though that may not be a deal breaker for you, it will nevertheless drain some of the life out of your new relationship as your married partner struggles with his own unresolved issues.

It’s vital to understand that your married partner’s unhappiness comes from within him (as do all of his other emotions). You didn’t cause his unhappiness, and you can neither cure it nor control it. Too often people start relationships with a partner who has some unresolved emotional problems without considering the consequences.

Everybody has some ordinary emotional problems, but a married man cheating on his wife is sure to have some more serious ones.

If you take him on while he’s still married, you will be taking on the weight of those problems, too.

No matter how happy and fulfilled your married partner is with you, he is likely to still feel pretty guilty about cheating on his wife. Guilt can overwhelm a person, particularly if it’s long lasting and involves betrayal of family. Guilt can cause unpredictable mood swings and impulsive decisions in a married man who’s having an affair.

One day he may want you more than anything. But the next day, feeling guilty, he may be cold and not want anything to do with you. This kind of mood swing can really hurt you, his lover. You must be prepared for this kind of confusion, driven by the powerful guilt your partner feels.

You may also have to wrestle with your own powerful feelings of guilt, so be prepared. Guilt can surprise you.

If you are honest with yourself about what to expect in a relationship with a married man, it is possible to have one, and for it even to someday develop into something more. But don’t count on it.

Though I didn’t go into it here, an important question to ask yourself is why don’t you deserve something better?