Are you tired of guessing what women want?

Confused about what turns women on?

Let me put your mind at ease with three guaranteed ways to turn women on. These aren’t Kama Sutra moves. They’re a way to get her attention and make her want to be around you.

How To Turn A Woman On In Three Steps


I can’t count how many times my male clients have come to me utterly confused about what women want.

Here’s the catch, though: most women don’t really know what they want.

And when it comes to turning them on, it isn’t always something sexual that makes them feel turned on and attracted to you.

Sometimes women get turned on by the simplest gestures. The first thing you can do to turn a woman on, in fact, has to do with how you dress.

Win Her Over With Your Style & Fashion Sense

The way you dress can turn a woman on from a mile away, so this should be your first consideration when leaving the house.

Men are often surprised that women like a lot of the same things they do. Women are turned on when you show skin, wear tight (but not TOO tight) shirts and pants, and dress well.

Many women find seeing a guy’s forearms and hands extremely attractive, so wear short sleeves or roll them up and wear a watch to draw her eye where you want it. 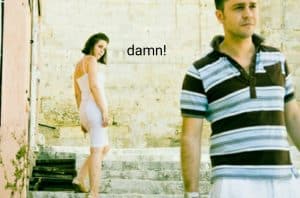 Believe it or not, a lot of women like a little leg, too, so when the sun is out short shorts are the way to go.

Now I don’t want to get too graphic here, but if you really want to get her excited, grey sweatpants tend to flatter a certain aspect of the male anatomy… *nudge nudge, wink wink*

Another school of thought is to dress in a way that says something about you as a person. This is the idea that “women love a man in uniform.”

Don’t go down to the thrift shop and pick up some second-hand fatigues, but consider dressing up in different ways to turn her on.

This could mean adopting a preppy look for girls who are impressed by that kind of college-boy swagger. Or dressing in a button-up to subtly hint that you’re a successful mover and shaker in the business world. (Think Don Draper.)

This kind of look works best when it’s subtle. It shouldn’t look or feel like you’re wearing a costume.

All that aside, you should dress to accent your best attributes.

RELATED: How To Get A Girlfriend

Do you have great hair? Don’t hide it under a hat. Beefy forearms? Roll up those sleeves. Do you have a cute butt? Wear some tight-fitting jeans.

Don’t neglect your appearance generally. But when it comes to fashion, in particular, there’s a number of easy ways to make a woman attracted to you just by wearing the right outfit…

Things To Say That Will Drive Her Wild

Women want you to be knowledgeable and passionate.

There’s nothing sexier than a guy who can speak well about something that he cares about. Make sure it’s something that is interesting to her, as well (but it doesn’t have to be politics or the environment or something equally cliché!).

She’ll be impressed that you can speak at length about anything intellectual or interesting.

That could be as simple as explaining what you’re studying in school, talking about a big project you were part of at work, or the latest urban planning experiment you’re passionate about… really, most subjects and topics will work, as long as you’re clearly informed and excited about the topic.

There’s an easy way to turn a woman on in conversation without saying anything at all.

If you ask her questions about herself and honestly care about what she has to say, she’s going to be instantly attracted to you because you’re not one of those guys who only talk about themselves. It’s this process of active listening that will really make all the difference in how she feels about you.

And don’t forget that a surprising and unique compliment goes a long way. She’s heard that she has beautiful eyes countless times. Look for something about her that makes her different from others and shout it out.

Don’t be too forthcoming with your compliments, though! It’s definitely great to use some flattery now and then, but you shouldn’t be afraid to tease her or disagree with her, either. Both of those can also be great ways to build attraction and turn a woman on.

If you listen carefully enough, it will be easy for you to spot signs that she wants to be more than friends.

Turn Her On With Touch

When she’s comfortable with your presence and your advances, you can start to incorporate touch into the equation. 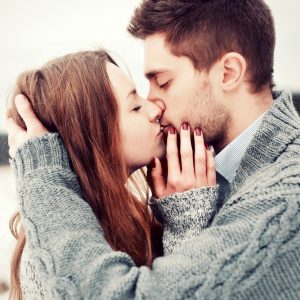 Sexually, women need more of a build up than men do. Turning her on through touch is also about teasing her. It’s as simple as rubbing her arm and/or running your hands through her hair as you kiss her. Think foreplay.

Once you understand what makes your girl tick, she is putty in your hands, literally.

Women are aroused by many things aside from a stark-naked man, which is actually lucky for you, because it means that we’re open minded about what turns us on.

These are some great starting points to drive her wild, but there are some big things you can do through your behaviour to take it to the next level.

What Turns A Girl On More Than Anything Else?

These tips are things I hear again and again from my clients that make them swoon. Try them today. You’ll be surprised how easy they are to pull off.

Get her out of her own head.

A guaranteed way turn a woman on is to get her out of her own head. That is to make her be present in the moment. You can do this through telling a joke or doing something silly that just makes her laugh.

Most women have a tendency to over-analyze everything. And when I say everything, I mean EVERYTHING—from the way that the postman looked at her, to the tone of a text with a best friend.

RELATED: How To Go From Friends To Dating

When you’re in your head that much, you spend a lot of time worrying and stressing over menial things. Because women are a detail oriented species, this can sometimes affect their mood.

Your goal in getting her out of her head is to focus on you and the moment that you two are sharing, not on the problems of her day.

If you can get a woman out of her head, she will have more time to focus her attention on you. This might not sound like the sexiest way to turn a woman on, but it is the best first step.

The way to a woman’s heart is through her mind. Penetrate her thoughts, and you will be well on your way to arousing her feelings.

Take control of the situation.

Taking control of the situation is one of the best ways to turn a woman on because it achieves many things.

First of all, it shows her that you are confident.

If you can control the situation and make decisions without hesitation, you remove some of the pressure on her. This is a trait that almost all women find attractive, so don’t be shy when it comes to taking the lead and playing an ‘alpha male’ role.

For example, if you’re trying to decide on which movie to go to, instead of engaging in a back-and-forth dialogue and asking what her preference is, what time she wants to go, which theatre to choose… just make the decision and pose it as a statement rather than a question.

Doing this also shows that you’re thinking about her and know how to make her life both simpler, and more enjoyable. 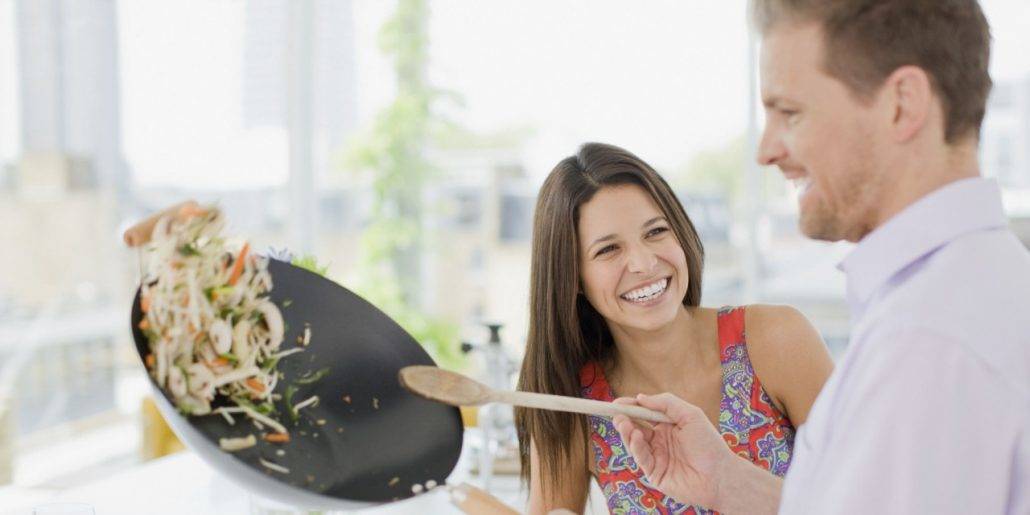 Here’s a real example from my experience as a relationship coach on how taking control of the situation can really drive a woman wild.

One of my clients, Ben, just recently updated me on the state of his current relationship. Ben was confused about how to win the attention of his very busy co-worker, Sara, whom he had casually been dating for a few months.I suggested that he cook her dinner one night. But Ben took this a step further.

First, a bit of background: Ben’s girl, Natalie, works 40 hours a week, so Ben and Natalie have found it hard to find time to spend together.

Ben finished work before Natalie and asked her if he could crash at her house for the night, as he had to work early the next day. Natalie obliged and gave him the keys. 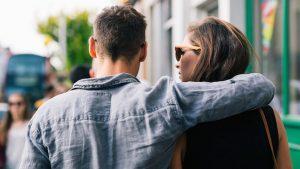 What Natalie didn’t know was that Ben had planned out a surprise for her.

Ben didn’t go right to bed. No, he went out, and bought groceries and made Natalie dinner. When Natalie got off at 9 p.m., she arrived at her apartment to a home cooked meal.

(I should mention that Natalie was taking things slowly with Ben because she had just gotten out of a tumultuous 3-year relationship. A relationship where she tried to be the sole provider and ‘Suzie homemaker’.)

So when Ben surprised her with dinner, she was completely shocked by this gesture of kindness. She was elated that someone had thought about her needs for once. And, ultimately, she was turned on by his thoughtfulness.

It showed that he has been thinking about her and wanted to help to remove some of the pressures from her life by doing something as simple as making her a home cooked meal.

For a woman, when someone cares about your well-being and wants to contribute to your happiness, it is a huge turn on.

There are countless ways to turn women off, but here’s one that’s often overlooked. It’s something that will make you look sexist (and have women thinking about anything but sex).

I’m talking about speaking negatively about other women.

Whether it’s your ex girlfriend, your mom (big red flag!), or just women in general… bad-mouthing another woman is a real turn-off for most ladies.

Saying that “all your exes are crazy”, or just making any sort of generalization about the differences between men and women, is dangerous. This is a classic blunder that makes women think that you’re sexist or chauvinist.

So, in summary, avoid saying anything overly critical or negative about the female sex (either as a whole or in regard to individual women in your life).

The last thing you need is to put your foot in your mouth by insulting a woman — that’s really not a very good way to turn her on! Instead, stick to the tips and advice I’ve provided above, and you’ll be a regular Casanova in no time…