You are here: Home1 / Dating2 / Ten Texts To Make Him Commit

Found the perfect guy but he just won’t commit?

I’m going to share with you TEN text messages that will make him yours.

All you have to do is copy and paste and he’ll be head over heels before you know it.

The Ten Text Messages That Will Make Him Commit


These text messages seem simple but they’ve been designed to create specific emotions in men that are key to activating the romantic love area of the brain. Used carefully these texts will make him fall for you and fall hard.

Relationships are difficult even if the two of you are a perfect match. Men are looking for someone who is easy to get along with. They want to create comfort in their partners so they can feel comfortable in return.

This text says “dating me is easy, you just need to be yourself.”

He wants to know that you’re here for him and he doesn’t need to put on some act to impress you. This comfort will take you past the courtship phase and into something real.

2. Thank you for always…

I call this one the recognition text. Use it when he does something nice for you and you’ll make him beam with pride. Gratitude is so important in relationships.

Many men get validation by showing up for the women in their lives. Your role is to show him you appreciate the effort he’s putting in.

The text changes depending on what you’re praising him for. Just make sure it comes from the heart and reflects your real feelings or it won’t work.

Part of my work as a dating coach has me talking to men about their relationships. Often their biggest gripe is that they feel unappreciated and unnecessary. These feelings are bound to make any man pull away and lose interest.

A simple but powerful three word phrase that you can use almost any time. This is so commonplace that he won’t think anything of it, but on a subconscious level it will start imprinting the idea of being together for the long term.

This one isn’t meant to be 100% serious. It’s similar to the recognition text but it has less weight and so it’s more of a throwaway text in response to him saying or doing something nice.

4. We have all the time in the world

This is a great one to pull out when a plan doesn’t work out or circumstances have been keeping you two apart. This text not only lets him know that you’re relaxed and easygoing, it also shows him that you’re in no hurry to push things forward.

I’ve found that one of men’s biggest pet peeves is women trying to move too fast. This can push men away even when they’re actively looking for serious relationships and marriage because it’s a sign of desperation…

If you’re desperate to lock things down before you two have gotten to know one another then it’s not going to make him feel like you value him for him.

While you may be anxious to make things official, nothing is gained by bringing this up to him. That’s a conversation to have in person as your relationship progresses. Trust me when I say this text will be music to his ears.

A classic text we’ve all received at one point in our lives. A well placed booty call can work wonders in bringing you two closer.

Just make sure to use this sparingly and wait until you’ve slept together before, or you might end up as a hookup, not a girlfriend.

If you’ve read my articles in the past you know I advise waiting awhile and making a guy work for sex, but once you’re through this stage then a spontaneous hookup can drive him wild.

This lets him know that you like sex too. If you’ve been playing by the rules up to this point then it will show him that there are still plenty of surprises up your sleeve if he sticks around.

6. You looked so handsome tonight. I couldn’t stop staring at you

Men want to be desired. I think many women neglect to compliment their men, especially because they’re trying to play it cool, but you want him to know how attractive you find him.

Even if he tries to blow off the compliment–as many men do–he definitely likes to hear it. Creating that blush of pride in him will help cement an even stronger bond between the two of you.

So many women bend over backwards to get any attention from men.

They mistakenly think that men want women who are submissive and unwilling to stand up for themselves. This actually couldn’t be further from the truth. Men lose respect for women who don’t have standards and don’t have their own lives.

Much like the booty call text, this one shows him that you can fulfill him sexually even when you two are apart.

Sexting might be a bit out of your comfort zone but I think it’s very important, especially early on in the relationship. 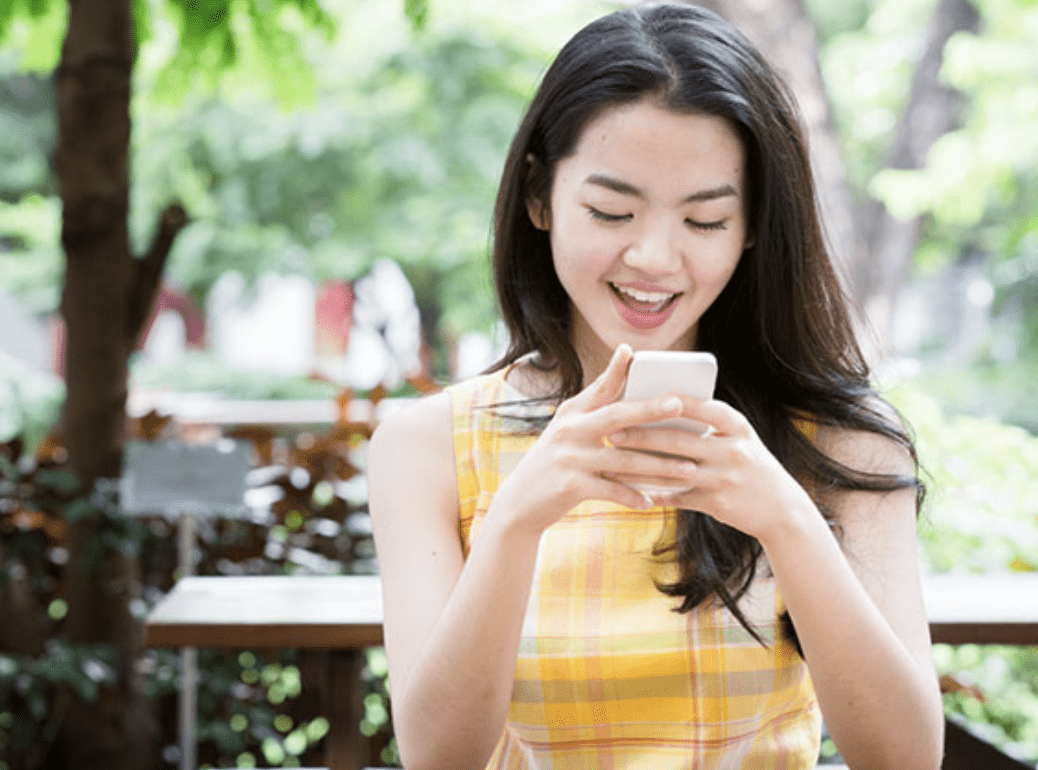 Chances are you two can’t get enough of each other physically at this point and so texting about it is a great way to bond.

I wish I was in your bed is a great way to start things off if you’re nervous and want him to take the lead. There’s also nothing wrong with a few sexy selfies.

This is similar to number 2 but it’s specifically in response to a compliment. So many women find it difficult to take a compliment. They think the best way to respond is to deflect but this can be truly damaging to relationships.

If he says “you’re beautiful” and you say “no I’m not,” then you need to rethink your approach for several reasons.

First, you’re disagreeing with him. Not that you should blindly agree with everything a guy says but avoiding trivial conflict is important, especially early on.

Second, you’re showing your insecurity. Despite what One Direction may tell you, not knowing you’re beautiful isn’t what makes you beautiful.

Every compliment comes with an opportunity for connection. By thanking him you’re not being conceited. You’re simply being grateful.

That’s right, my last text is no text at all. This is because it’s crucial to let him push the relationship forward and keep your distance if you want him to pursue you.

Before you send a text, make sure that you won’t come across as too needy or desperate.

How To Attract A Man And Make Him Want You

Best Text Messages To Send To Your Ex