You are here: Home1 / Dating2 / Stop Looking Desperate (And Make Him Want You)

Want to stop looking desperate, clingy and pathetic? You should. It’s a vicious cycle that’s hard to escape.

You can’t get a guy because you look desperate.

Can’t stop looking desperate because you can’t get a guy.

You’re not alone. Desperation, whether real or imagined, ruins so many relationships before they start

Being excited about a guy is great! The problem is excitement can sometimes look a lot like desperation.

And men can smell desperation from a mile away. Even if he likes you and wants you, desperation can change everything.

Desperate is defined as…

If you’re desperate, you’re willing do anything to get a guy and it shows. If you’re lonely, clingy, pathetic and above all else you feel like you have no hope of ever getting a guy to stick around then you’re desperate.

Doesn’t sound very attractive, does it?

You may be saying, “I don’t feel that way at all but I’ve still had people tell me I come off as desperate.”

The truth is, some women who aren’t desperate can come off like they are and other people who seem super confident and secure are actually totally desperate deep down inside.

It’s not just about trying to stop being desperate, it’s also about how to avoid behaviours that men will see as desperate (even if they’re really not).

Doing This Makes You Look Desperate

Here are some trademarks of a desperate dater.

This is the number one thing that can come off as desperate when it might just mean you’re not having a busy week.

Women with flexible schedules or good time management are often labelled lonely or desperate because they’re free to get together. I think this is ridiculous.

Just because you like to lead a simple life doesn’t make you any more or less desperate.

Having free time isn’t a crime but sadly, it can make your life look empty and therefore have people thinking you’re lonely and desperate.

2. You text too much

This is similar to number one. If you’re texting him all the time, If you’re sending messages like “good morning, good night, how was your weekend, how was your day” then you’re going to come off as desperate. Desperate daters will text when they have nothing to say, just to get that validation that the other person still likes them.

For some of my best texting tips, click here. It’ll give you the perfect texts to send a guy to keep him interested without looking needy or desperate. It’s the secret to getting a guy without ever getting off the couch.

If you’re trying to figure out where he is all the time, who he’s with, and what he’s up to, then you’re going to seem clingy and therefore desperate.

text me when you get home

where have you been?

4. You have low standards

If you’ll let him get away with murder, then he’s not going to value you.

RELATED: How To Attract A Man And Make Him Want You

Guys will test your boundaries early on so don’t let him get away with asking for nudes at midnight, being overly flirty, or being an hour late for a date.

How To Stop Looking Desperate

So the real question here is how do you stop looking desperate?

Have more going on

Don’t respond to texts right away to give the impression that you’re not just waiting by the phone.

Have hobbies and interests outside of work or school. Guys want a girl who has more going on than just a relationship.

Don’t be too available

If you’re trying to make plans and he isn’t available one day, don’t say you can do it any other time, any day of the week, rain or shine.

You need to strike a balance between easy-going and just plain lonely. People who have a full life never worry about how to stop looking desperate.

Love is not a race.

If your goal is to find someone to be with for the long term, what’s the rush?

Relationships build over time so don’t go into the second date expecting to spend the weekend together and then get upset when he wants to call it a night. And don’t push for a serious relationship too quickly.

You may think that giving him what he asks for is a great way to get close to him. It’s actually better to hold him to a high standard. The right guy will see this as you valuing yourself and your time and he’ll work harder to impress you. So have boundaries. Don’t let him flake on plans or change them last minute. Don’t let “hanging out and watching netflix in his bedroom” be a first date. This also goes for opinions.

Don’t compromise your beliefs and feelings just to make him like you.

It’ll end up having the opposite effect. Stop being a pushover if you want to stop looking desperate.

Fishing for compliments, talking bad about yourself or being self-deprecating are huge signs of low self esteem and desperation.

You need to give him the feeling that, while you like him and want him, you don’t need his approval to feel whole.

This is so important because if he thinks that you’re insecure and constantly need reassurance, then you’re not confident and you seem less valuable.

Let him chase you

If you’re always seeking him out, contacting him first or even asking him out, you’re not going to be able to stop looking desperate.

Sit back and let him be the one to chase you. This is classic male-female psychology. 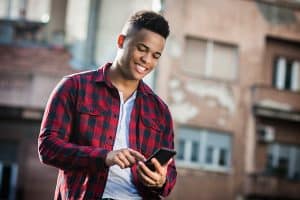 Once you use this psychological loophole against him, he’s going to start chasing you down like a wild animal. It’s one of the number one ways to make a man fall in love with you instead of just trying to sleep with you.

Okay this one comes with a caveat. A little research before a first date can be a good thing. You want to know what you’re getting into. The thing you’re trying to avoid is them knowing about it.

So don’t bring up the time their photo was in the local paper if you want to seem chill, confident, and not desperate.

There are other ways for him to catch wise. For instance, do you watch all of his instagram stories right away even though you don’t follow him?

Be chill on social media

Keep the drama and attention-seeking off of social media if you want to stop looking desperate.

This includes posting too many selfies (especially barely clothed), no posts about “cutting toxic people out of your life”, and dial it back on the instagram stories.

Social media can be a great way to get noticed but make sure that what he’s noticing isn’t how desperate you are.

Understand that it’s not a competition

If he spends four nights a week with his friends and one night a week with you, is that fair? 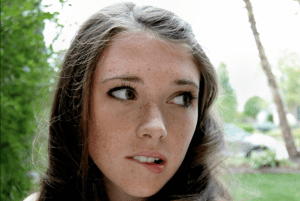 The answer depends on your mindset.

Early on in a relationship, spending too much time together is a bad move.

As things progress, it becomes more complex. I’d advise you not to focus on how much time he spends with other people rather than you.

Instead, ask yourself, “Are my needs being met?”

If they are, then there’s no reason to be upset. If they’re not, look for ways to fulfill them outside of your relationship.

If he’s simply not there for you, this is a different issue and one you’ll have to face going forward.

Just remember that you’re not in competition with his friends, his hobbies, and his job.

Your relationship is totally separate from that. If he wants to go to a concert instead of hang out with you, this doesn’t mean he likes Vampire Weekend more than he likes you.

Value yourself above a relationship

This is my number one tip to stop looking desperate and it’s really tough. Many women report feeling less than whole without a relationship.

You don’t need to be perfect but you should try to get on a path towards feeling comfortable in your own skin.

Otherwise, you’ll bring that bad energy into your relationship.

In the end, being desperate stems from lacking confidence that you’re a valuable person deserving of a great partner. If you can feel better about yourself, the world will too.