Ask your parents about dates they went on when they were young and you are likely to learn something surprising – somehow people in the past managed to meet each other without Facebook or Tinder or other social media, and they managed to talk to each other and plan dates without a smartphone. They were able, unbelievable as it may seem, to find each other’s homes without GPS and maps in their phones or cars, and they were able to find good restaurants without Yelp reviews and navigate to them without technology. They were skilled at communicating their attraction and love for each other using pen and paper, or ancient telephones with cords plugged into the wall. How, you may wonder, was any of this possible?

Well, you should stop wondering and try it yourself.

Yes, you read that right – I’m actually suggesting you and your boyfriend or girlfriend, your husband or your wife, leave home and go on a date in the distant past, without your phones!

Is this because technology is bad for romance? No, that’s not what I’m saying at all. Technology can be quite useful when it comes to love and romance. But it can also get in the way of a genuine human connection. Surely you have seen (or been!) a couple at a restaurant or on a walk who are both staring at smartphone screens rather than looking at each other, or talking to each other.

Sometimes, being old fashioned can have its advantages. Send your beloved a paper letter in your own handwriting and it’s a much more personal, special message than the dozens or hundreds of emails and texts they typically get in a day.

Most of the time, people tend to remember the times when things didn’t go as planned better than they recall the moments that were just ordinary and expected. You remember when you locked yourself out of the car or when the power failed and you got stuck in an elevator. You don’t remember the night you sat on the couch and watched TV, because it was just like the thousands of other nights you did the exact same thing.

So, for a fun, memorable date, try leaving your phones, and any other technological devices, at home. Lock them away in a drawer and figure out how to find each other without them. 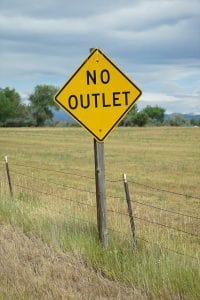 Agree on a time and place to meet – a coffee shop at five, or the lobby or bar at a hotel at six-thirty, or on a particular street corner at seven. That’s pretty easy. What’s different is that you can’t text each other if you’re delayed – say the bus or train is running late, or there’s traffic. You just have to wait around if you’re already there, or rush and fret if you’re the one who is late. This anxiety can be quite exhilarating, as you wonder what might be going on. Nervous waiting enhances romance. Just ask your parents.

Wondering about the weather? Well, stick your head out the window and take a guess. If the two of you get caught in a sudden rainstorm, enjoy it!

Pick a restaurant you’ve never been to before, or just stroll around together until you see one you like. Don’t read any menus in advance, or check it out on Yelp. Just go there. Finding it without a map might be part of the fun, too. Either sketch out a map on a bit of paper (what a crazy idea!) or get an old map of your city – if you don’t have any decaying away in a desk drawer, you can still buy them in a few places. You may get lost. In fact, you probably will get lost. But you’ll get lost together, and that’s what’s fun about it.

The Joy Of Conversation

At dinner, you won’t be able to fumble out your phone when you get nervous, or when you can’t think of anything to say, or when you can’t remember some funny story you wanted to tell. Instead, you will have to look at each other and talk to each other. You may be surprised what you learn while actually having a conversation, though.

Once you get a little braver, you might try something even more daring – maybe an overnight trip, or a road trip to another city, without your phones! Perhaps this sounds terrifying, or unwise (After all, what will you do if your car breaks down? You will do the same thing your parents had to do), but it will be a very different kind of adventure.

And what is an adventure anyway? It’s some difficult or unusual experience you have had that gives you a good story to tell. If something happens to you every day, it doesn’t count as an adventure. Having adventures is what binds couples together – a great shared story about “Remember when …?” is a treasure the two of you can enjoy over and over again, when you are together and when you are apart.

Give each other the gift of an adventure.