You are here: Home1 / Dating2 / Are You Being Used by Your Partner for Money?

In a perfect relationship, both partners would have successful, satisfying jobs with great career prospects, hope for future promotion, and equal paycheque. They’d both contribute equally to shared expenses, whether dining out and dating or mutual household bills. Sure, they’d sometimes splurge on each other, buying a gift or surprising one another with a paid-for holiday, but no one would ever doubt that both were paying their share, or at least that they were capable and willing to pay their share.

So much for the ideal relationship. Real relationships, made up of real people, are usually quite different. Money is a particular stressor in relationships, whether you’ve got too much of it or too little. And few people’s jobs are perfect, happy, fulfilling experiences that leave them satisfied and as well compensated as they feel they should be.

Money creates great anxiety in our lives – we worry about getting it, keeping it, investing it, spending it, dividing it. Many people feel shame about their salary or lack of money. Others may feel guilty about money they inherited or didn’t earn.

Giving and receiving gifts can be a very anxious experience. So can buying things on credit, which can either make someone feel powerful and “grown up,” or ashamed and worried. Money can be very toxic to us all. And yet, to believe the popular media in our society, if you’ve got enough money, all your troubles should be over. How’s that again?

When you combine two people in a relationship, those toxic feelings around money can be magnified. One common worry, especially where both partners don’t have or earn the same amount of money, is the fear that one of them is “using” the other one for money.

Though this kind of worry is usually more common in the early, dating and courtship phases of a relationship, it can crop up any time, even in a decades-long marriage, if someone’s career or income changes. Relationships and marriages are dynamic things, that constantly evolve, shift and adjust according to how each of the partners changes.

A common worry these days is that someone you’re involved with is “using” you for money. How can you tell if that’s true? Well, it depends on what you mean by “using” you. 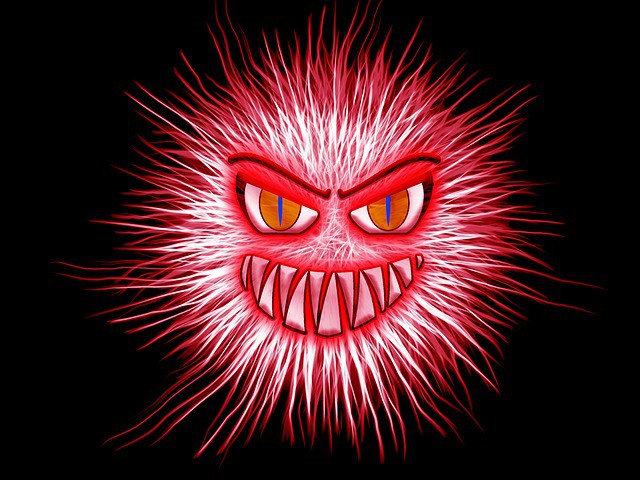 Your biggest fear may be that your romantic partner is some sort of cynic or sociopath who doesn’t care about you at all, who just sees you as some sort of cash machine, that they are lying to you just to get your money. Although this is possible, it is unlikely. If you were actually dating someone who didn’t care at all about you, you would feel it, even subconsciously. If you sit down and think it through, you’ll be able to tell if someone is faking it, if they’re lying to you when they say they love you or care about you. Trust your gut feelings, don’t ignore them. Often, your subconscious is far more sensitive than your conscious mind.

Why Stay With a Money Grabber?

If you find yourself in this situation, you will need to ask yourself some hard questions, like why are you staying in a relationship with someone who doesn’t care about you? People do stay in such loveless relationships, but it isn’t usually for good reasons.

Often they stay because they feel so bad about themselves that they don’t think they could ever do better. Sometimes they are more afraid of being alone than being with someone, anyone, even someone who doesn’t love them.

But a much more common scenario is that you’re dating someone who has less money than you do, and you wonder if they are a bit lazy, depending on you to pay for things. Maybe they aren’t pulling their weight financially in the relationship. This sort of thing is much more common than cold-hearted exploitation.

Work, jobs and careers are stressful and often unpleasant. Some people hold on to low end, low paying jobs for similar reasons to those that keep them in bad relationships – they don’t have confidence in themselves, or they’ve had too many bad experiences to try for something better.

You may be dating someone who is afraid to try for a better job or ask for a raise, even if they deserve one. In this scenario, your partner isn’t strictly “using” you for money, and you should try to have compassion for them, not contempt. Money is a toxic thing, and can make people do all sorts of crazy things. In that way it is a bit like love.

Here’s What You Do About Financial Imbalance

The best way to handle any financial imbalance in a relationship is to talk about it. That’s the grown up way to approach it. One partner earns far more than the other, and pays most or all of the bills. It’s possible that partner might start to resent the other one over time. To keep this from happening, clear the air every so often with a conversation about money issues.

Balance your books and talk about who does what chores around your home. It’s quite common that the partner who works less and earns less contributes quite a bit to the relationship in other ways. Take these chores into account and make sure both of you are on the same page. Reassure your partner that you don’t resent them, or tell them in a safe and loving way if you are unhappy with the financial situation. Don’t yell and scream about money – that never helps and it just reinforces everyone’s guilt and anxiety.

Another possibility, though one that’s not so common in our modern world, is that you might have a partner who is “old fashioned.” Decades ago, sexual roles were different than they are today. Men tended to court women, to woo them with attention and money. Women were socialized to believe that men demonstrated their intentions by spending money on women.

That hasn’t entirely gone away – take a look at some of the enormous, useless diamonds on women’s engagement rings. Useless in a practical sense, I mean. They are very useful at showing a woman that a man loves her enough to save up and spend money on her.

In the past, men brought home the bacon. They tended to go out and work and to give money to their wives to run the household, buy groceries, and so on. Not everyone did things this way, of course, but this was the prevailing, stereotypical way. But in today’s world many things have changed. But we still hold on to some of those older ideas, and when they collide with modern ideas there can be problems.

So there are quite a few ways that a relationship can be financially imbalanced. Remember that the best way to solve such problems is just to have a heart-to-heart talk, as frightening as that may seem. If your partner doesn’t love you enough that you can bring up the subject, then there’s something wrong.

If you are in the early stages of dating and you feel worried that the other person is mostly interested in you for your money, then take some time to think about what clues make you feel that way. Trust your gut feelings and your subconscious.

If you’re in a more mature relationship and find yourself resenting your partner over money, or their lack of it, then talk to them about it. Clear the air and you will both feel a lot better. If things need to change, work out a plan to fix them together, rather than shouting at each other in the heat of a fight.

Remember that relationships, like people, are more complicated and subtle than you think. Rarely is someone “just” using somebody for money.

They probably care about them, too. We’re never in relationships just for one reason.