You are here: Home1 / Dating2 / How to Make Him Your Boyfriend

So you’ve met a guy who is potentially Mr. Right and you want to make him your own. The next step is to make him want you just as much as you want him.

The good news is that there are some simple dos and don’ts for getting him to commit to you.

To show him that you’re the partner of his dreams and make him your boyfriend, consider the following: 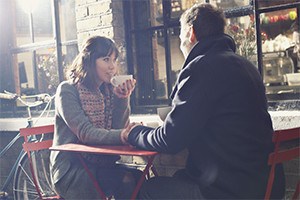 Guys like mysterious women, and rushing into a relationship or giving too much of yourself away too soon is never a good idea. If you want a guy to commit to a relationship with you then it’s important that you take things slowly.

Getting to know one another and each other’s wants and needs is important if a relationship is going to last. Besides, if you give it all up too soon then he’ll have no reason to commit to you; he’ll get to have his cake and eat it, too! To keep him intrigued it’s crucial that you take your time.

Let Him Chase You

Guys are wired to want what they can’t have, at least in the beginning. So don’t serve yourself up on a silver platter by texting him all the time and showering him with adoration.

That’s what you want from a guy but it’s not what a guy wants from you — guys need to feel like you’re a little out of reach in order to fully appreciate you.

They’re dismissive of women who come too easily. In other words, don’t be the one who does the chasing but rather let him chase you.

Make him fight for you because YOU believe you’re worth it. If you act like you’re a prize, he’s more likely to treat you like one. 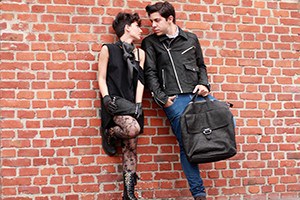 In today’s world playing hard to get is all too common. While it’s important to hold back to keep him intrigued, it’s also important to be honest about your feelings.

Playing games and hiding your feelings because you don’t want to appear vulnerable won’t help you – it will just make him think you’re not that interested.

Instead, be honest about your feelings. If you like him, tell him. If you want to date, let him know. Men find women confusing enough as is, so give him a break and lay it all on the table. If you wait too long before making things official between you two then he may start to lose interest.

Do More Than Just Hookup

If you want a real relationship with your dream man then your hang out sessions have to be about more than just making out. Sure, it can be fun to get freaky, especially when passion is running high, but if you want to tie him down then it’s important that you’re more than just a hookup.

To keep him wanting more, make a point to really get to know each other and go on real dates. If you’re only hooking up together then that’s all it’s ever going to be about between the two of you. 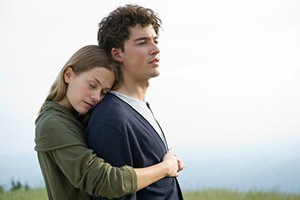 If there’s one thing every guy hates it’s a clingy girlfriend. If you want him to commit to a relationship with you then it’s crucial that you give him space to breathe.

Let him hang with the guys without being there. Don’t get upset when he has other plans. In order for a relationship to survive it’s important that both partners have their own lives outside of the relationship.

Have “the Talk” with Him

Sitting down and talking about a relationship isn’t always easy, but at the same time, if you’re hoping to date him then you should be comfortable enough to lay it all out there.

If you’re looking for a relationship with him then ask what he wants. Getting things out in the open is the best practice, and communication is key to a long, lasting love life.

Best of all, by the end of the conversation you’ll at least know where you stand. You can also look for these obvious signs he likes you.

Don’t Try to Make Him Jealous 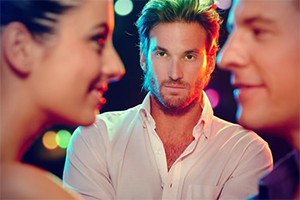 For some strange reason, women think that the key to getting a guy to commit is to make him jealous. Well, believe it or not, that’s not the case.

While a bit of jealousy can sometimes stir up emotion and motivate him to make you his own, too much jealousy will give him the wrong impression and push him away. Again, don’t play games, just be honest!