You are here: Home / Dating / How To Eliminate Fear Of Rejection Using This One Trick

Fear of rejection is crippling. But have you ever asked yourself why?

Why are you scared to approach women? If you go for a walk and ask the average guy on the street, “Why are you afraid to approach beautiful women,” he’ll probably say something along the lines of “rejection” or the fact that she’s “way out of my league.” 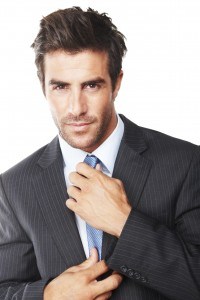 Be confident like this guy! I’ll teach you how

Granted, if you think that way, then she probably is out of your league.

Chatting Up a Beauty

But that doesn’t solve the question of why you get scared when you’re trying to chat up a beautiful girl.

Some researchers say that the reason why men get scared is because human beings aren’t all that advanced from a social perspective. See, logically we think, if this girl doesn’t like me then who cares. I can approach another one.

However, your mind doesn’t think that way. We think if this girl rejects me, my life is over!

And in fact, way back in the day — and I’m talking way back — when the population of the Earth was just a few million, death was a distinct possibility. People lived in smaller, more secluded tribes.

So, if you were a man looking for a new mate in that time and you got rejected, well, it was a big deal because the pool of women was very small. So if you didn’t hook up with a girl then, your genes may never pass on.

However, fortunately for you, you don’t live in a small pool anymore. No, today we have cars, planes and the internet

We have globalization. That means that your pool of eligible partners is pretty massive.Unfortunately, your brain hasn’t caught up yet. Your body still thinks that if you get rejected, it’s the end of the world.

End of the World? No, Not Really

Well, here’s my secret: Remember, if you do get rejected, it’s not the end of the world.

Here’s a little experiment that will get you a bit excited. One student conducted a fun research study. He went to a club asking a bunch of different girls that same question. What was the question? The question was:

“Will you have sex with me?”

By the way, this guy was a virgin. You’re probably thinking that guy probably never got laid that night but you’d be wrong. After he asked 25 girls, the 26th girl actually said yes.

I’m actually not too sure if he lost his virginity that night or not, but hey! It worked!

So if you want to really eliminate the fear or rejection, remember this little experiment and I guarantee it’ll help you gain a bit of confidence.