You are here: Home / / Dating / How To Ask Someone Out

You want to ask your crush out on a date, but you’re not sure how to go about it?  Will he/she reject you? Will you make a fool of yourself? How can you do it without seeming like it’s a big deal?

It can all be a bit confusing and rather frightening if it’s been a long time since you last asked someone out.

Quite worrying, though, because in this article I’m going to help you through the process of asking someone out.  Now, while this article is written for both men and women, I realise that things may differ a bit for the two genders, so let’s address that first.

Differences for Men And Women

Welcome to the 21st century, where it’s almost as common for women to ask their crush out on a date as it is for men to pose the question.  In general, this is a fantastic development in the world of dating — it takes the pressure off men and makes it socially acceptable for a girl to take the initiative and ask a guy out. 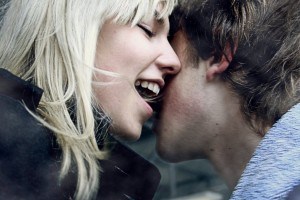 In reality, I suspect the majority of the readers of this article will be men, but I want to make it clear that almost all of the advice in this article applies to both sexes.

Ladies, you may be able to try to use tradition to your advantage and get him to ask you out.

While this is a bit of a cop-out, I realize that given how nerve-wracking it can be to ask someone out on a date, you might prefer to begin by trying to get your crush to ask you out.

To do this, you should start by dropping some hints and doing some flirting with the guy you like (if you haven’t already).

Once you’ve dropped some pretty clear hints by being flirty and demonstrating your interest in hanging out with him, you can cross your fingers and hope that he’s got the message and shares your feelings.

If you’re lucky, he’ll pick up on your signals and take the initiative to ask you out. If that doesn’t happen, don’t quit — just accept the reality that you’ll have to be the one to pose the question (keep reading below to learn how). 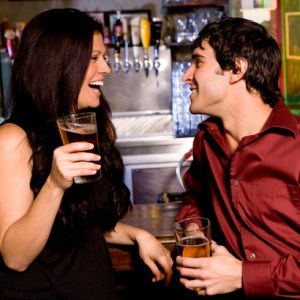 Guys, you can’t sit around and hope she does the work. Many women hate the thought of having to ask a guy out.

It’s especially true for the hottest girls, who tend to get asked out often enough that they don’t even consider being the one to take the initiative.

Make sure you’re already aware of how to talk to girls in a flirty way to get them interested and portray your “high-value” characteristics.

What Sort of Date Is Appropriate?

Keep in mind that the way you ask someone out and what you actually ask them to do will depend largely on your individual circumstances.  Here are some things to consider:

With all of these things in mind, you’re ready to actually move on to the really fun part:  asking them out!

The Process of Asking Him/Her Out

As mentioned earlier, it’s always easier to ask someone out after doing a bit of flirting and dropping some hints.  This is advisable regardless of your gender.  It gives you an opportunity to feel out their possible reactions when you do ask the question, and will help you avoid awkward or embarrassing moments. 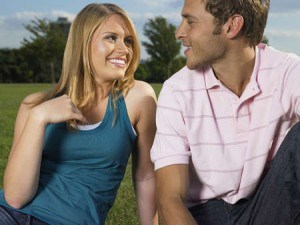 Now, one of the most important things you can possibly do:  be calm and casual!

You want to act as though this isn’t a big deal and isn’t really something you’ve been thinking about for a long time. To maintain this ultra-casual approach, try to act natural.  Don’t fidget or play with your hair or do any other little things that indicate you’re nervous.

Secondly, try to ask the question in a private or semi-private setting.  Don’t ask someone out when all your friends are around to laugh at you in the unlikely event that you get rejected. Ideally, pose the question in a setting where you’ve got a minute or two alone with your crush.

When you do ask the question itself, make sure you have an appropriate first date activity in mind. (This will vary according to the different situations you may be in, as explained above.)

And finally, you want to ask the question in such a way that they really don’t have to “think” of an answer. One of the most effective ways to do this is to avoid “asking” altogether: instead of asking “want to go for coffee?” you can say, “let’s chat about that over coffee” …

Some possible things you could ask, depending on your age / situation / comfort level with this person:

“What are you up to this weekend? A couple of my friends are going out with their girlfriends and I don’t want to be a third wheel … how about you come along?”

“I’ve got an hour to kill this evening while I wait for a friend, care to grab a coffee and keep me company while I wait?”

“Are you planning on going to that office party this weekend? I kinda want to go but I don’t really know anyone. Let’s go together so we’ll at least know each other?”

“My friends and I are going to the ballgame this weekend, you should definitely come with us! I can pick you up.”

“Have you been studying for the exam next week? I’m desperately lacking motivation, let’s study together this weekend.”

There really are endless ways you can pose the question, and I’m going to let you think of something that’s appropriate for you based on the criteria I mentioned above.  The important thing is to keep calm and act confident (as if you hadn’t even considered the possibility they would say no).

One final piece of advice: don’t wimp out!  Chances are very good that you’ll get a “yes” in response when you ask them out.

And as hockey player Wayne Gretzky once said, “you miss 100 percent of the shots you never take.”

So what are you waiting for? Take the shot!