You are here: Home1 / Dating2 / How to be a Successful Ladies’ Man

One of the oldest questions in the world, at least as far as men are concerned, is “What do women want?”

Some men seem to automatically know the answer, and they interact easily and effortlessly with the opposite sex, charming them, making them laugh, and attracting them without even trying. Other men stammer awkwardly or lapse into embarrassed silence whenever a woman comes near them.

So, what’s the secret? Or is there a secret? Is a natural ease with women simply something some men are lucky to be born with? Or are there habits out there anyone can learn that will give them an edge?

The answer is a little of both. Some aspects of attraction are chemical, or have to do with physical features – we’re all of us attracted, unconsciously, to partners with bilaterally symmetrical faces, for example, because if the two halves of the face are proportioned the same, that’s a sign of genetic strength and health.

And some lucky people are born and brought up with relaxed, affable personalities and charisma that puts them at ease in any situation.

So where does that leave everybody else? 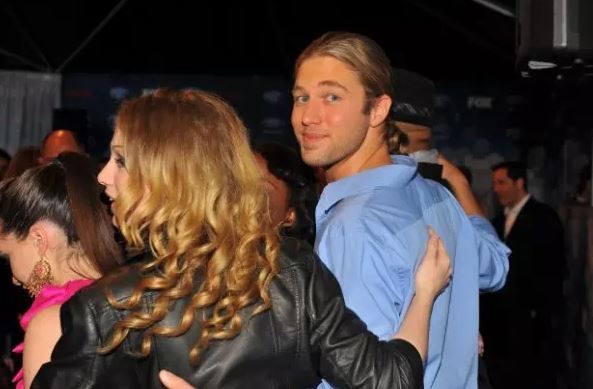 First, a caveat. There’s no trick to attracting women. If you’re looking for a gimmick, you’ve already failed the test.

Women can smell a stale, rotten pickup line a mile away. That’s something men don’t always understand. Women are used to being hit on all the time, because it’s been happening to them since puberty. So they are far more familiar with being hit on than most men are with trying to meet a woman.

So no tricks. Some people say the best way to pick up women is to ignore them, or even be somewhat rude to them. I can tell you that sort of thing only works for a very few people who have other qualities that help them pull it off. For the average man, ignoring a woman is a great way to never meet her.

Here’s How You Do It

Here are a few suggestions of habits to cultivate if you’re serious about attracting women:

If you have no female friends, and never have had any, that’s a disadvantage, because you don’t really have any experience with female psychology and women’s interests. If you spend every minute of your time hanging out with guys, talking about guy stuff and doing guy activities, how can you possibly connect with a woman? If you see women as sexual objects, how can you ever really be friends with one?

Be kind. Women like nice men. Forget whatever you’ve heard otherwise. Don’t be aggressive or domineering. Women – with very few exceptions – aren’t attracted to overly aggressive men who try to dominate them. They don’t like men who stare hard at them and never look away. That sort of thing scares them and creeps them out. It creeps out everybody else in the world, too.

Be courteous. Everyone likes polite, friendly people. Don’t be crude and overly sexual. Don’t wolf whistle or shout or leer at a woman and then expect her to somehow be flattered. Say please and thank you. Open a few doors now and then. Smile.

Be humble. An alpha male is quietly confident in himself and doesn’t have to brag and boast. He doesn’t dominate the conversation. Don’t talk endlessly about yourself, or show off your money, car, bling, athletic prowess, or whatever. Let your confidence speak for itself.

Be curious about her. Ask a woman questions about herself and her life, and really listen to what she says. What kind of work does she do? What movies does she like? Where did she grow up and what was that like? Does she have pets? Where was her last vacation and how much did she enjoy it? Nearly everyone responds positively to genuine questions and an honest interest in their lives.

Be strong, but gentle. Yes, you should work out and keep fit. Women like that. And it’s good for you whether you’re in a relationship or not. But don’t get narcissistic and obsessive about your muscles and your body.

You aren’t a male baboon parading around and showing off to attract a mate. You’re an intellectual human being. If a woman is at all interested in you, she will notice that you are in shape. You don’t have to peel your shirt off to prove it to her, trust me.

Don’t use your strength to bully or dominate other people, especially her.

Be sincere. Don’t lie to her. Be yourself. That advice your mother gave you as a boy – relax and be yourself – is some of the best advice out there. Don’t try to be somebody you aren’t.

Be funny. Now you may think this is ridiculous – how can you just be funny if you aren’t? Well, a good sense of humour is incredibly attractive, so you should be able to laugh at things. Watch funny movies or standup comedians and learn to laugh at something, especially yourself. Men who take themselves too seriously are a turn off.

Be smart. Learn new things. Read some books. Go to a museum or take a trip or learn to cook or paint or play music. Use your mind. One of the most attractive things of all is a smart person, one who is curious about life and about learning things, whatever they are.

Knowing about different subjects will give you something to talk about, and when you talk about something you care about, something you’re really interested in, your passion will be obvious.

There is no trick to being a ladies’ man. But if you take the time to improve yourself in some of these ways, you’ll find that you’re meeting and connecting with more people without even trying.