You are here: Home1 / Dating2 / Dating Etiquette: How to Split the Costs

The rules of dating change and evolve, like everything else in life. Sometimes dating etiquette can seem a little old fashioned, as though it evolves more slowly than other aspects of human society.

With the pace of technological and political change in the world today, having one area of life that hasn’t changed too much can perhaps be a comfort!

The Evolution of Dating

But don’t be fooled – dating is not the same as it was fifty years ago, or even twenty years ago. These days a typical situation is that whoever reaches a door first holds it open for the other person.

No longer is there a strict rule that a man must hold the door open for a woman. Nor is he required to go around and open the car door for his date. It is even possible that she might – depending on how modern she is – be somewhat put off that he thinks she can’t open the door and get in the car on her own.

Some of those old fashioned dating rules were double-edged swords. They made women feel better, sure, as though they were truly treasured by the men courting them. But those rules also treated women as somewhat delicate, helpless creatures who couldn’t open doors or light their own cigarettes or earn money to pay for their own stuff.

For men, their money was somewhat akin to a peacock’s gaudy tail – an important way to show off to women about what good earners they were, and consequently, what good mates and husbands they’d make.

By today’s common sense rules, men and women should approach every aspect of dating equally, right? Well, unfortunately, things aren’t yet that clear cut, either. Yes, we live in a modern, egalitarian era where men and women are equally able to achieve things and are equally deserving of respect and kind treatment. But some of those old dating rules still affect us today, and it can be quite confusing to navigate them.

The truth is that, although men and women are politically and socially and legally and morally equal in modern society, they are still different from each other biologically, temperamentally and in other ways that are both exciting and baffling.

Money Rules Are Not Clear

When it comes to money, the rules are not entirely clear yet. In the past, men, who tended to work more and earn more than women, paid for nearly everything the couple did together. Married men worked hard at the office or factory and doled out an allowance to their homemaker wives to buy groceries, pay household bills, and spend a little on luxuries for themselves. When proposing, a man scrimped, saved and borrowed a lot of money to pay for an expensive diamond ring to demonstrate to his intended fiancée how important she was to him. She didn’t buy him an expensive ring, though.

Dating in the past was also pretty one-sided in terms of spending money. Men showed their interest in women by spending money on them, by paying the entire cost of meals or trips or movies or other dates.

Today, that has mostly changed. But those old ideas about men paying still exert and influence today, and can be very confusing. Some women, call them “old-fashioned” if you want, but still seem to expect a man to pay if he goes on a date with them. Other women take pride in paying their share of costs, or even paying for an entire date.

Men can be just as confusing – some think paying for everything is part of good etiquette as a man. Others have grown up in households where their parents split the finances and consequently may expect their dates to pay for half of everything.

Getting to know someone when you start dating is stressful enough – like applying for a new job. You polish up your resume and hope not to make any awkward gaffes as you try to learn about the employer at the same time they are trying to learn about you. However, you can do quite a bit of research beforehand on a company where you are applying for a job! It isn’t nearly so easy to learn beforehand what your date feels about money. 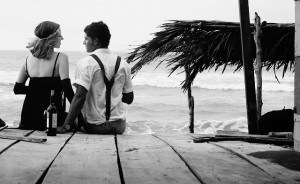 As in so many other areas of dating and relationships, communication is the key.

The easiest way to learn about your date’s desires about paying for things is to just ask. But this isn’t always easy for people due to social constraints. As I mentioned above, dating is an unknown and stressful experience.

Money has its own weird taboos in our society, and plenty of people are uncomfortable about even mentioning it.

Relax, though. You don’t have to solve the splitting costs problem on the first date, or even the second or third. There is no problem on a first date with either partner paying for the entire thing. You are still getting to know each other, and paying, or offering to, is a great way to demonstrate your good intentions to the other person. So don’t worry about it at first.

Once you’ve been on a few dates, though, and have at least decided you like each other and want to spend some more time together, you will want to figure out how to pay for things. The easiest, and most equitable way to do it is to embrace modernity and split the costs fifty-fifty.

Restaurants will generally divide a tab between two credit or debit cards, and if you pay cash it’s quite simple to split costs. Another approach is to take turns paying for dates. So long as this approach results in roughly equal expenditures by both partners, no problem.

It’s also no problem if one partner has more money than the other and pays for more, so long as this doesn’t make either person uncomfortable. If the richer person begins to resent the other for always expecting them to pay, or if the poorer one feels guilty for not paying more often, then it’s time to talk things through.

Dating is not easy – it’s an adult activity and requires adult attitudes and responsibilities. One responsibility is to be honest and clear with your partner about your feelings and expectations, particularly around money, which is an emotionally charged subject and one that has sunk plenty of relationships and marriages.

To prevent money becoming a problem, talk about it early and often with your partner to make sure you are both on the same page.