You are here: Home1 / Dating2 / A Gentleman’s Guide to Handling Rejection

In prehistoric times, human society consisted of tribes, packs if you will, often lead by one male and one female, the so-called alphas. These tribes were formed for protection against predators and survival through a social system which helped provide for all its members.

Anyone who lacked a tribe not only risked their well-being, but also reduced their ability to find a mate and thus continue their genetic line. Therefore, “belonging” to the tribe and particularly, earning the accolades and acceptance of the alphas was essential to survival. This need is thus deeply rooted in the human subconscious.

As a result, rejection, whether it is from a potential mate or in another aspect of life, such as being passed over for a promotion at work, hits us all at a deep, primal level. Though it is perfectly easy to find another mate or another job in modern society, this ancient fear of being outcast often leads people to react poorly to rejection. 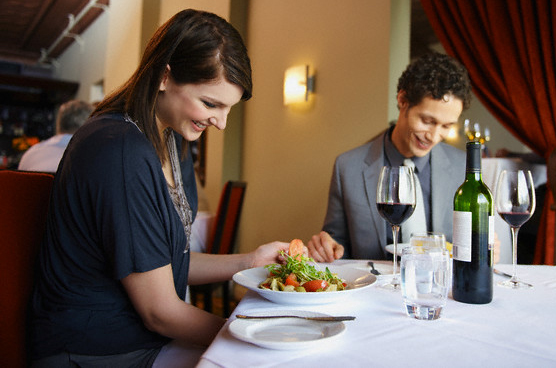 Learning to control this primal reaction and to handle rejection in a more eloquent – or gentlemanly – way, is not easy. However, how you react to the less-savory parts of life will tell people more about you than how you react when everything is going your way.

A true gentleman understands that rejection is not often personal and, despite the difficulty inherent in doing so, maintains his composure in the face of it.

The Importance of Grace

Rejections happen for a number of reasons and come in many forms. Some are polite, some are just plain brutal. Regardless, your reaction should not change.

The proper way to respond to rejection is to remain stoic, but gracious, and maintain your cool while in public.

This is important for a few reasons. First, the very nature of rejection creates a feeling of being “not good enough” for a girl, for a job, whatever. Don’t justify that rejection with a poor, angry, or violent reaction. Holding your head high and moving on shows that you have maturity and grace and even though this person doesn’t see it, that doesn’t mean that someone else will not.

How to React and Why

Your reaction to a rejection should always be calm and controlled in public. As a gentleman, you cannot allow your anger to boil over in front of those who reject you, since it just proves them right. Furthermore, the whole concept of gentlemanliness is to maintain control and cool. It’s understandable to be upset, it’s primal even, but save that reaction for behind closed doors with trusted confidantes.

The type of rejection you receive, however, calls for a specific response in order to be appropriate and help you come out on top. This is especially true when dealing with women.

How the woman you approach reacts or what she says as a result of your advances, requires a different response in order to send the right message.

For example, a woman who offers you a polite rejection deserves a polite response. Apologize for intruding and excuse yourself from the situation. Make no big deal and exit.

A woman who rejects you because she has a husband or boyfriend, deserves an acknowledgement of your ignorance and an immediate exit. This is important because it also reinforces your respect for her (or any) relationship, which is a mark of a gentleman.

Finally, there will always be women who rudely reject you. Remember that (most of the time) this is not your fault, especially if you are being a gentleman.

However, a rude rejection does not deserve a rude response. Rise above it and deliver a quick, polite sign off – “No worries, have a good evening” – this has the dual effect of maintaining your dignity as well as disproving her assumptions of you, further reinforcing your gentlemanly role.