Love and relationships, which should be about honesty and truth, are often based on lies, from retouched photographs on dating websites to padded bras, politically correct speech, and cosmetic surgery. Where does the impulse to lie about yourself on a date come from?

There’s no simple answer to such a question, though fear is usually the ultimate culprit, if you dig deep enough. Here are five rather sad reasons people feel pressured to lie or misrepresent themselves on a date:

Plain and simple insecurity. People feel a great deal of pressure around dating and sex and falling in love and forming relationships. Much, if not most, of that pressure comes from outside due to the ineluctable influences of advertising, which bombards all of us with images and stories of younger, fitter, sexier, richer, happier people until we often internalize that message and start seeing ourselves as not good enough.

Besides advertising, there’s also a sort of “romance industry” out there – a lot of what it sells comes through songs about love and relationships, or romantic comedy type movies, all of which put forward a certain ideological position about what love is and how it happens.

People in movies are cast because they are attractive, which means they are almost always much more attractive than the average human being going on a date. Few of us can ever hope to be as attractive or witty as these people, who are speaking from a carefully crafted script rather than stuttering through real life like the rest of us.

Contrariwise, when we spend our lives lusting after sexy celebrities, we may find it difficult to be attracted to an “ordinary” person. That leads us to wonder if we ourselves are good enough to attract anyone else.

This feeling of unworthiness leads people to lie in various ways, whether by giving a lower weight or age on a dating profile, or by exaggerating how much money they make. The underlying cause is insecurity – the belief that no person could possibly be attracted to us or love us at our true weight or true age, or if our wallet isn’t as full as we’d like.

2. They Think of Dating, Love and Relationships As a “Game” 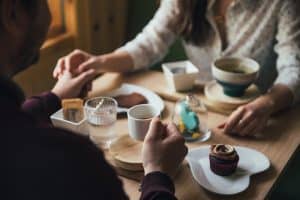 This is similar, in a way, to the previous category. Too many people view dating as a kind of “game” in which an honest, honorable strategy isn’t very important, so long as you “win” by getting the right partner. This is even reflected in our language, for example when we speak of someone as “a good catch” as though they were a fish we were trying to fool into biting the worm on our hook. Think of all the flashy dry flies and shiny, spinning lures and various types of irresistible bait used in the fishing business. That’s a good metaphor for the way some people think about dating and marriage.

The problem with this idea – what makes it so sad – is that it leads to long-term relationships and marriages that are founded on lies. Eventually those lies come to light, one way or another, and they are damaging to the relationship. In this case, “winning” is actually “losing.”

Some people believe that “true love,” whatever that is, is “worth any price,” and that price, apparently, includes lying about yourself. But this approach puts an awful lot of pressure on love.

The relationship you end up with will have to be pretty amazing to justify the negative steps you took in order to achieve it. If your relationship falls short of perfection, as most relationships do, then that, too, can cause bitter resentment and problems. This is not a case where the end (i.e., love) justifies the means (i.e., lying). Love is worth a lot, but it’s not worth lying about yourself.

3. They Don’t Know Any Better

Some people lie on dates simply because they don’t know any better. This reason is connected to the ones listed above. Dating etiquette and behavior are fundamentally based on the way a person has been taught. If their upbringing valued honesty and forming an honest, true connection with a romantic partner, then that’s how they’ll behave. But if they’ve been taught other things, or have grown up seeing their parents deceive each other, then they may take a different approach. If their father and mother regularly lied to each other or treated each other badly, they may simply cynically assume that all relationships are deceptive and that lying is just a normal part of dating and romance.

4. They Don’t Think They Deserve To Be Liked 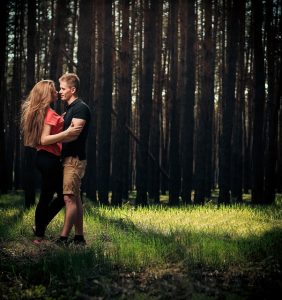 People with poor self-esteem, whether from their own anxiety or from messages they were given in past relationships or as a child by their parents, may not believe, deep down where it counts, that they deserve to be liked and loved for who they are. This is a difficult situation to overcome, but it can be solved over time.

Sometimes people become very depressed after a bad breakup, particularly if their ex cheated on them or lashed out at them emotionally. This can lead to a kind of depression spiral where the person despairs of ever finding a relationship again.

5. They Don’t Respect the Other Person

In the same vein as the reasons listed above, lying is disrespectful towards the other person on the date. Think about it – what are you doing when you lie to someone on a date? You are saying they don’t deserve the truth. You like them and you want to date them, maybe even have a long term relationship with them, but you don’t respect them enough to tell them the truth?

How’s that again? If you truly respect the person you’re dating, be honest with them. You might be surprised at the results.