You are here: Home / Breakups / How to Tell If Your Ex is Playing Mind Games With You

Some people just love to play games – mind games, psychological games, emotional games – and perhaps you think your ex is one of them. But part of the problem with mind games is that you can’t always be sure someone is playing them, or even if you are playing them yourself. That’s the whole point of mind games, right? To get someone thinking and wondering about you, or to even drive them crazy.

Are you wondering if your ex is playing some sort of game with you and your feelings? Are they sending weird, mysterious, mixed signals that make you wonder about their intentions? Do you find yourself puzzled about whether they still have feelings for you and want to get back together with you? How can you tell? 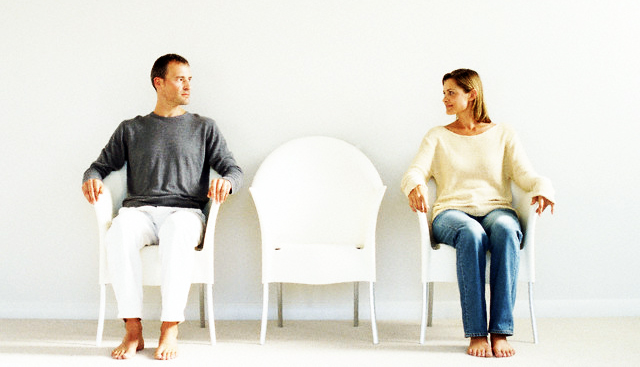 Since the best thing to do after a breakup – whether you broke off the relationship or you ex did doesn’t matter at all – is to cut off communication with the other person, then it’s safe to say any communication you get from your ex is some sort of mind game.

If they keep texting you, emailing you, or calling you after your relationship is over, then they are either hopelessly emotionally muddled or they are playing games.

But you don’t have to worry about whether they are emotionally confused or are playing games, because your response is the same either way – no response at all.

Sit down and figure out why you and your ex broke up in the first place. What were the problems, the triggers of anger and frustration that led to the end of your relationship? Did you fight, or fall out of love? Who dumped whom?

If you broke up with your ex, then let me ask you a question: Why are you still communicating with them? You must have decided that the relationship wasn’t working, and that it wasn’t worth continuing. So you broke it off. Now, what are you trying to do? Start it up again? Why? Or maybe you don’t want to get back together, but you just enjoy the ego boost of knowing that this other person is still attracted to you.

That’s pretty petty and selfish. In this case, it isn’t your ex who’s playing games – it’s you! Stop toying with your ex and cut off contact for good. For at least thirty days you shouldn’t communicate with them at all – no texts, no emails, no calls, no nothing. And after that, you should barely communicate at all.

You rocked your ex-partner’s world by breaking up with them. You may have hurt and upset them deeply. The best thing for you to do is give them time and privacy to grieve and to heal. So do them a favour, and yourself, too, and leave them alone.

The reverse situation, where your ex broke up the relationship, may seem a little more complicated, but it isn’t, really. You’ve been dumped and you still have feelings for your ex, or you think you do. You’re confused and your emotions are swirling around and you don’t know which way is up. During this time, it can be very easy to wonder if your ex is playing games with you.

They could send you a three word text message and you could spend hours reading it and re-reading it, analyzing every letter and punctuation mark (Oh! He used a period instead of an exclamation point – that means he’s indifferent to me).

The Complications of Mind Games

Your ex might very well be playing games at this point. Both of you have been through a terrible breakup and perhaps you find yourselves wondering if you made a mistake breaking up. So you send each other messages, perhaps different messages on different days – I miss you on Monday, it’s over on Tuesday, then back to I miss you when Wednesday rolls around. You’re not only playing games with each other, you are playing them with yourself.

What I’m trying to say is that you don’t need to figure out if your ex is playing mind games. Don’t bother wasting the effort. If they are playing games, or if they aren’t, the solution is the same. Cut off all contact and observe a period of silence for at least a month and perhaps longer.

Give your emotions time to calm down. Give yourself the gift of time to figure out what you really want. This quiet period will also give them a chance to do the same.

Once you’ve taken a long, healthy break from each other, then you can figure out what you want to do. Be honest and serious about it. Write down your ideas and your reasons. Do you really, really, really want to get back together with your ex?

If you’re the dumper and after a period of time, you meditate and reflect honestly on this question, your answer is yes, then you should tell them. Do the adult thing and ask to meet, and tell them the truth about how you feel. I still have feelings for you and I would like to get back together if that’s possible. Then comes the hard part – you have to drop the subject.

Cut off communication again and leave it up to them. You aren’t playing a game here – this is serious stuff, so act like an adult. Let them know what you want, and then drop it. Don’t beg or grovel or humiliate yourself. Don’t demand or try to bully them. Be respectful and sincere, and then drop it. If they still have feelings for you and want to rekindle your relationship, they will let you know. If they don’t, you have to accept that it’s over.

If you’ve been the one who’s dumped, however, then you still ought to cut off communication until you’ve reached a clear headed level of thinking; usually around a month or so, sometimes more.

You can fight fire with fire and when it comes to using psychological tactics, read Brad Browning’s Ex Factor Guide, which often tends to end up getting your ex back, which is another journey in and of itself to give your relationship a second chance.