You are here: Home1 / Breakups2 / 7 Ways To Make Your Ex Think About You Constantly

The fear of missing out (or “FOMO”, as it’s often called now) is something we’ve all experienced before, because it affects pretty much everyone.

But, what most people don’t realize is that it originates from a deeply ingrained psychological response…

…and you can use the very same response to dominate your ex’s thoughts and drive them wild with desire.

Below, I’ll be sharing 7 strategies for using this “FOMO response” in order to drive your ex back into your arms…

Get Your Ex Back Using FOMO

So, let’s get to it – what is really going on when FOMO takes the wheel and starts driving our thoughts and desires?

Although it’s a very new term, fear of missing out has actually been around for a very long time. It was borne out of an evolutionary need to survive within a tribe – back when missing out was often a matter of life and death.

Now, I know what you’re thinking: “I’m not a caveman, Brad!”

And you’re right, of course… most of us are not cavemen. But because of the role FOMO played in our evolution, it affects us on a very deep or ‘subconscious’ level.

It’s this type of involuntary emotional response that tends to wield a great deal of influence over our thoughts and desires, which is why generating a little FOMO can go a LONG way.

There are two facts you need to know in order to understand why FOMO can be so psychologically powerful:

FACT #1: Humans tend to overvalue what they no longer have.

In fact, the research suggests that losses are twice as impactful on people, psychologically, as gains.

Now we already know that emotional arousal is one of the best ways to incentivize ACTION, which is exactly what you want to achieve with your ex, right!? Just take a moment and ask yourself: do I want to work overtime trying to win my ex back, or simply use a little psychology to make THEM chase ME??

So now that you know what it is and how it works, here are my 7 tips on using FOMO to drive that elusive ex back into your arms:

I know you don’t want to hear more about No Contact, but as the old saying goes, “absence makes the FOMO grow… or is it the “heart”… grow fonder?”

Either way, the fact is that initiating a period of no contact with your ex is one of the best ways to pique their curiosity about what you’ve been up to (and what they may be missing out on).

As hard as it might be, this time apart will create a healthy separation that can only increase your chances of success when you do get back in touch.

It’s less invasive and gives you more time to plan what you want to say. Plus, in our modern, tech-driven world most people have become hyper sensitized to fear missing out on…well, everything! This means that text message and especially social media are the IDEAL mediums for maximal FOMO generation.

3. Stop and think carefully about each message before you hit send

Ask yourself if what you’re saying will achieve the desired FOMO effect, or whether it might make it a little too obvious that you’ve been letting your OWN fear of missing THEM run wild.

Don’t start re-establishing the connection with your ex by suddenly sending them 50 messages a day…. Remember that the tortoise always beats the hare in the long run, so be patient and don’t try to rush things.

Just try using one simple, fun text message to break the ice when No Contact is over. If you’re not sure what this would look like, I’ve included a ton of examples of attraction-building messages that are ideal for this type of situation in another recent tutorial video.

No, I don’t mean selfies. It could be a picture of you at a dinner party, or on a weekend away with your friends. You don’t necessarily need to be specific about who you were with or what you were doing. 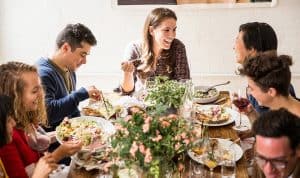 The point here is to let them see the *fun* that they are missing out on. It will remind your ex that you’re still a fun, interesting person that they shared many happy memories with.

And it’s definitely possible that if you do this properly, they’ll even leave a comment like ‘where’s my invite!?’ or ‘I better be invited to the next one!’… That’s a clear sign you’ve created some FOMO in your ex’s mind, and that’s exactly what you want in order to win them back.

5. REMEMBER: We are attracted to people of equal or higher status than ourselves

This is a big one, guys… there is literally a mechanism in your brain that tracks your social status subconsciously, and delivers a hit of serotonin when you see that you’ve “risen” in relation to those around you!

This means that if you can effectively generate some FOMO in your ex, they will subconsciously crave that serotonin hit, and start behaving a bit like an addict who NEEDS the satisfaction of getting you back in their life.

While there are many ways to achieve this, a good place to start is working on being the best possible version of yourself.

We’re all attracted to charismatic people who tend to look good and feel good about themselves…. and as a result, act with a confidence and charisma that makes those around them crave their attention and approval. 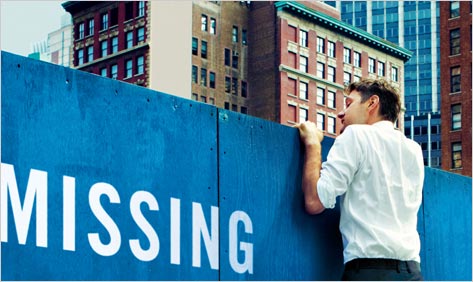 By making an effort to look and feel your best, that confidence will shine through in your pictures and conversations. This, in turn, will make you appear more attractive to your ex, and will remind them of why they were attracted to you in the first place.

I know it sounds very abstract and far-fetched, but I promise this really does work… and your ex is powerless to resist these feelings.

This means no sad or crying emojis, and no ‘I miss you’ messages.

The goal is to show them you are a confident person leading a fun and interesting life… you’re thriving since the breakup, which is the opposite of what your ex is expecting.

Learn to recognize the FOMO response in yourself to avoid the sort of overly emotional posts and messages that make you seem sad, needy, and desperate.

This is actually good practice even when you’re not trying to get your ex back, because being positive and sharing fun, interesting things on social media will always make you look better than if you’re sharing your heartache or depression for the world to see.

Yeah, yeah, I know what you’re thinking – the 6 tips I’ve just mentioned may seem “easier said than done”. And sure, we do all need a helping hand from time to time, which is probably what brought you here in the first place, right?

That brings me to my next tip…

My 60-day satisfaction guarantee means you have absolutely nothing to lose, and everything to gain. Check out my free video presentation right now to learn more

As I said, there are many studies on our tendency to overvalue what we think we’ve lost… and there’s plenty of research suggesting that no one is immune to the fear of missing out.

The only question left is… will you let it control you, or use it to help rekindle the feelings and desires between you and that special person you want back in your life?