You are here: Home / Breakups / 10 Tips On How To End A Relationship

Ending a relationship can be one of the most difficult things imaginable.

I’ve had a lot of experience in this department, and here are some unavoidable truths: There’s no way to make a breakup painless. If he or she is in love with you, and they don’t want to end the relationship, there is going to be some emotional pain involved.

Second, he or she is going to try and get in touch with you if you’ve sent them reeling and you have to know how to deal with it. Finally, you can’t be cruel to him or her otherwise it will just end badly. You need to be firm, but not cruel.

So here are some tips on actually how you’re going to do it. 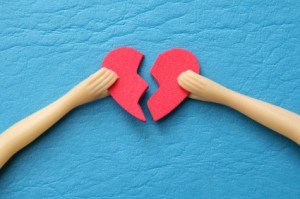 If you’re thinking about breaking up with your boyfriend or girlfriend, run a play by play in your head on how life will be without them. Is this something that you really want?

Is this the right decision? I have broken up with girls but regretting it the next day simply because I didn’t think it through.

2. The Right Place to Do It

Obvious public places are a no go. And obviously you shouldn’t be doing it over text message (as much as you hate doing this). You need to make sure that you do this in a respectful manner. Just somewhere quiet and private is best.

3. Be Prepared for Waterworks

No matter how you do it, like I said, there’s going to be emotional pain involved. Be prepared for this moment. And it’s okay to cry yourself.

This means you can’t leave any hope for something to happen in the future. Say something along the lines of, “I think it’s for the best that we break up now.” And that’s it.

Don’t waiver in your decision. If your (now ex) boyfriend or girlfriend senses any doubt, they’ll try and exploit it. They’ll try and revive something that shouldn’t be there in the first place.

6. Give Your Ex Some Space to Digest It

Don’t leave right away. You need to know when you should be leaving. But this is something that shouldn’t be rushed. I know you’ll probably want to get out of there right away, but you can’t. You need to do this breakup properly.

7. Once Things Have Settled, Give Your Ex a Final Hug

It’s best to not be on your ex’s radar for awhile. That means deleting each other off Facebook, making sure your schedules don’t cause for difficult and awkward encounters (especially with mutual friends).

9. Don’t be Friends with Your Ex Right Away

Being friends with your ex can be normal and healthy, but not when your relationship ended right away. Remember, you ended the relationship, therefore the onus is on you to uphold this agreement.

10. Continue Being Firm, Not Mean

Even if your ex is annoying the hell out of you, don’t do anything rash. It’s not worth it when one text message saying “no” will do.

Allow a lot of time to pass for your ex to get over it, then maybe you can start a friendship again in the future. Remember, you have to be firm as difficult as it can be. Don’t slip. The sooner you both get over it emotionally, the sooner you will both be able to move on.