You are here: Home / / Breakups / 10 Things You Should Never Say To Your Ex

After a tough breakup, when emotions are running high and you’re possibly on the verge of an emotional breakdown, it can be difficult to find the right words to say to your ex.

And while I can’t tell you exactly what to say to repair your relationship, there are a few things that you should definitely avoid saying to your ex.

Beyond the 10 things I’ve outlined below, my advice is this:  If you’re not sure about what to say, then as of right now, don’t say anything at all! You don’t know if what you’re saying will actually be the nail in the metaphorical coffin.

Things You Should Never Say To Your Ex

So, what are the ten things you should never say to your ex? Let’s jump right into them… 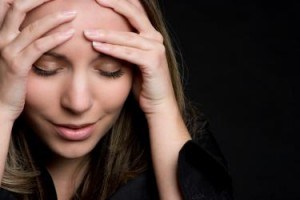 Chances are your ex was the one who ended it with you, and now you want him or her back in your life. But as of right now, let’s face it:  your ex doesn’t miss you. They’re happy that you two have moved on.

By telling your ex that you miss them, you’re letting them know that you want to get back together. While you may think this is a nice gesture that will melt your ex’s heart, it’s psychologically proven that saying “I miss you” to your ex will only push them further away.

Or anything along the lines of this is off limits. Again, just like “I miss you,” you’re showing too much interest right now.

What you need to be doing is pushing your ex further away — not saying that you still love them or asking if they still love you. This lack of interest that you should be portraying to your ex is key to making them forget about the bad aspects of your relationship (and, as a result, they’ll begin to miss you).

Think about this for a minute.  Right now, do you think this is a good idea? You don’t want to be friends with your ex right now. You want to be back in a romantic relationship with him or her.

Even if, right now, your ex does agree to hang out with you “as friends,” all you’ll be thinking is how much you want them back. This just isn’t a good idea. 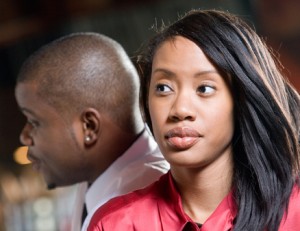 Playing the sympathy card is definitely not going to do you any good.

You need to show your ex that you’re a “high value” individual — that you won’t have any trouble finding a new boyfriend or girlfriend if necessary.

By saying you’re lonely and depressed (or anything along the lines of that) you’re indicating the complete opposite, and showing your ex that you’re lost without them. You need to stop communicating with your ex for now and get yourself back on track before you do anything else.

5. “I Never Should Have Dated You”

A lot of people will lash out in anger at their ex for making them feel abandoned. Again, this won’t help you win back their love or repair your relationship.

If you do feel angry at your ex (for whatever reason), take it out on something else. Go exercise (a great way to relieve anger) or engage in another activity until the feeling subsides.

6. “I’m Dating Someone New and They’re Better Than You”

Trying to illicit a jealous response from your ex in this manner will only make them resent you.

Yes, while a little bit of jealousy can actually be a useful tool and help you get your ex back, you have to do so “under the radar.”

If your ex believes you’re going out of your way to make them jealous, it will almost certainly make them angry and make the situation even worse.

7. “I’m Deleting You From Facebook and From My Life”

By saying this, you’re telling your ex that the very thought of them is causing so much disturbance that you want to just eliminate them from your life. While isolating yourself from your ex after the breakup is very important, you shouldn’t be making it obvious that you’re doing so. 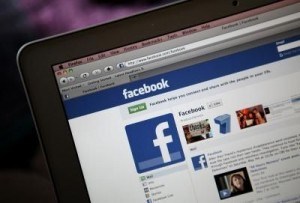 If you really can’t stand seeing your ex’s status updates on Facebook, simply hide their updates from your news feed.

As I mentioned earlier, anger and confrontation is a recipe for disaster at this point. If you truly do feel as though your ex treated you poorly, then there’s no reason to get back together with him or her.

And if you’re just saying this in an attempt to elicit an emotional response, it’s not a good idea. Avoid making your ex angry or causing resentment whenever possible.

Again, letting your ex girlfriend or ex boyfriend know that they had this affect on you is like giving them the keys to your life. If you say this to your ex, you’re essentially throwing away any chance of being seen by your ex as a “high value” person who has ample alternative romantic options available.

Again, if you say this to your ex and they have no interest in re-kindling your romance, you run the risk of actually having that happen.

After your breakup, you shouldn’t be talking to your ex at all for a certain period of time, but this isn’t the way to initiate a period of radio silence.

Instead, try to be polite and cordial by saying something like,”You’re right, some time apart might be a good idea. I think we should avoid talking to one another for a little while.”

By no means is the list above a comprehensive run-down on all the things you shouldn’t be saying to your ex. It’s simply ten of the most common things that people say to an ex that end up damaging their chances of ever repairing things.

So, if you want to mend your broken relationship and fix things with your ex, avoid uttering the above sayings.  In the long run, you’ll be saving yourself a lot of heartache.